Why development projects must respect IPs, ancestral domains in Asia

Aug 9, 2016 11:15 AM PHT
Aldrin Plaza
Facebook Twitter Copy URL
Copied
'It all boils down to responsible urban and regional planning and policy-making' 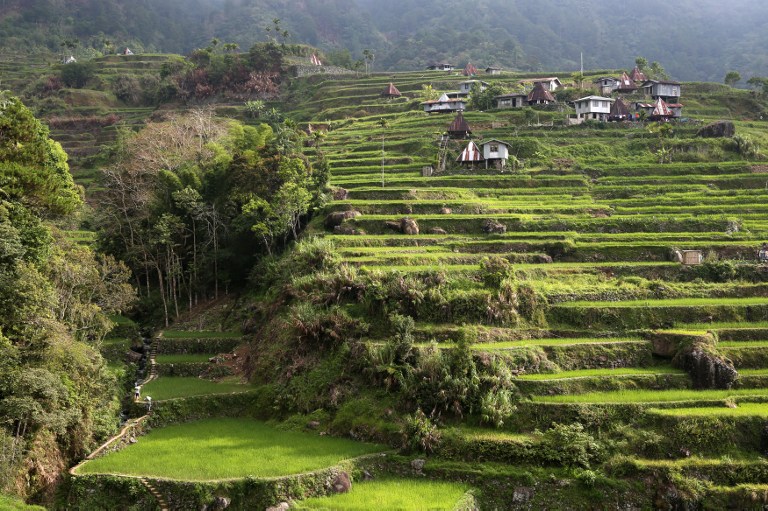 An often overlooked aspect of urban and regional development is the observance of traditional land laws of indigenous communities, who have long occupied parcels of land serving both as areas for living and to make a living. Long before the sprawl of built areas emanating from lowlands started to encroach toward the highlands and institutional policies on land management came to enforcement, indigenous communities have fully embracing land ownership rites and instruments that have been passed on from generation to generation.

In developing Asia, some national and local governments have formulated and enacted land management policies without considering their implications for the traditional land laws of indigenous communities, creating displacement and even conflict.

The customary land laws of the Ifugaos – who have long occupied the highlands of the Cordilleras region in north Luzon, Philippines – regard land ownership, especially rice fields, as a source of wealth, pride, and prestige. Ifugaos regard rice as a ‘prestige crop.’ Land has been handed down from generation to generation, and is considered the property of a family, never of an individual.

In terms of ownership, however, a rice field (usually paddies on mountain slopes) is considered the property of one man – the head of the family. Land is always transferred to the eldest heir because Ifugao communal law believes each family must have one powerful member the rest look up to, and thus inherits the property in their name. On the other hand, ownership of forestlands (valuable for wood) is usually shared by a group of kinsmen and their families.

Ifugao land tenure is either perpetual or transient, with the latter applying to abandoned fields where a ‘caretaker’ is given the right to till the land until the rightful owner repossesses it. And yet another specific practice governs land tenure for irrigation sources and constructing water-conveying structures in rice paddies. 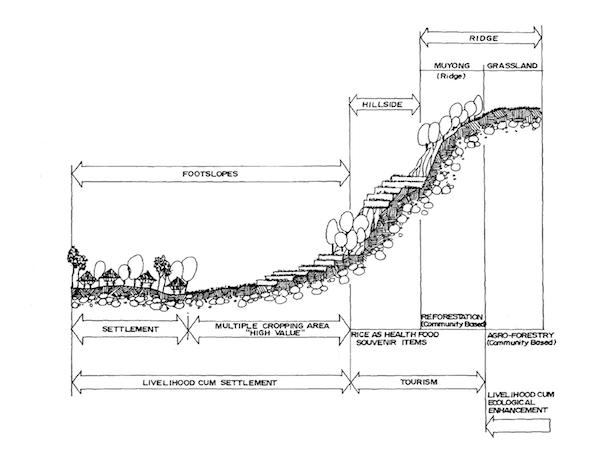 In the Philippines, Chapter 3 of the Indigenous Peoples Rights Act (IPRA) of 1997 specifically protects the rights of indigenous communities/peoples regarding ancestral domains. Section 12 of the IPRA Law states that areas with a slope of 18% or more shall be classified as alienable and disposable agricultural lands so indigenous communities can secure title deeds for the land, provided that they have proof of having occupied the said ancestral land for at least 30 years. This IPRA provision is against Ifugao communal law on land tenure, which states that tenure rights to rice fields and forests are perpetual to a clan – including ownership of irrigation sources. Moreover, Ifugao rice paddies are situated in areas with a slope up to 30%, and ‘privately owned’ forests in areas with slopes of up to 50%. The IPRA thus threatens to strip Ifugaos of ownership of ancestral land handed down for centuries back, and eventually make this land available to non-Ifugao buyers and/or developers.

The IPRA and how it may affect Ifugao land law and provisions is just one example of a development policy that has achieved the opposite effect of its goal of sustainably managing ancestral domains, starting from the constitution to protected areas and forest management laws in the Philippines. This case shows that even a well-strategized consultation process is not enough to ensure that the rights indigenous peoples are upheld in the development of cities, provinces and regions, and even more so when public projects are implemented.

The way forward in the future is to conduct thorough research on the customary land laws of an indigenous peoples group in a recognized ancestral domain, and a landscape analysis to determine the characteristics of ecosystems and habitats, if possible with the aid of geographic information systems technology to map the subject land area. Conflict and displacement threats to development projects like dams or roads that traverse areas where land tenure is managed differently can be avoided if investments are planned with utmost consideration of the land management practices of indigenous peoples, and a full understanding of the form and functions of their respective domains.

In other words, it all boils down to responsible urban and regional planning and policy-making. This is a critical concern in developing Asia, where development projects are increasingly targeting secondary cities, small towns and areas where the presence of traditional cultures and ancestral domains are still the norm. – Rappler.com

Aldrin Plaza is an Urban Development Officer at the Sustainable Development and Climate Change Department of the ADB. This post was first published in the ADB blog.