[DASH of SAS] Schools as access points for condoms

Calypso plastic. It is same plastic that is used to make iced candy. That’s what the teen fathers had used as condoms.

“We were conducting a focus group discussion among teen mothers on youth attitudes towards sex and sexual practices and we saw the young teen fathers close by. We asked them what they used for condoms and they replied, ‘Calypso’,” said Perci Cendana of the National Youth Commission.

The young men were too shy to buy condoms and thought that Calypso plastic which retails for about P12 for a pack of 100 was a more cost-efficient – but obviously – a less effective alternative.

“This improvisation reveals low level of awareness on safer sex and lack of access to information, services, and commodities,” said Cendana.

It has  also resulted in skyrocketing numbers of teen pregnancy and HIV among young people.

According to official government statistics, one in 10 Filipino women between the ages 15 to 19 is already a mother or pregnant with her first child. According to a United Nations report, around the world, teen pregnancy rates have been declining – except in the Philippines. The Philippines has the highest rate of teen pregnancy in the Asia-Pacific region.

Some girls like 15-year-old May Sanchez have been pregnant 3 times. She had her first child when she was 13, miscarried her second child, and at the time this video was taken, she was 9 months pregnant for the third time.

“It’s like a floodgate. Since they still do not have full access to products and services, adolescent mothers have multiple children while they are still in their teens,” said Cendana.

Based on the Department of Health’s (DOH) November 2016 data, about 27% of the 38,872 people living with HIV (PLHIV) are between the ages 15 to 24. This number is likely understated because current laws ban minors for getting tested without parental consent.

Against a general global trend of HIV rates that have either declined or plateaued, the Philippines has one of the fastest-growing HIV epidemics in the Asia Pacific region. At this rate, the DOH estimates that HIV rates may go up to 133,000 by 2022.

With the right information and health service, both teen pregnancy and HIV are preventable so the question now is how do we break down the barriers to access?

It is within this context that the DOH and the Department of Education (DepEd) are discussing strategies that will address the glaring information gap in sexual literacy among the Filipino youth.

One of the strategies they are studying is the possibility of using schools as access points for both condoms and education or counselling.

On the phone earlier today, January 21, DOH director Dr Eric Tayag clarified that having schools as access points for condoms is still a plan that is carefully being evaluated by both the DOH and the DepEd.

“When we speak of access points, we are talking about two things: information and services. The DepEd and DOH are looking at the readiness of the sexuality education (rollout) and balancing education and values of students, teachers for the services – we can’t take values education for granted,” said Tayag in a mix of Filipino and English.

According to Tayag, the government investment in a balanced school program that combines services and information is a sound one.

“To stop and reverse the (rising) trend of HIV infections now…is an investment in our youth,” said Tayag.

But let’s pull back a bit to see why schools were even considered for such a program. Well, first of all, there is basis for doing so. The Center for Disease Control (CDC) cites the role of schools as “critical settings…also vital partners in helping young people take responsibility for their own health.”

CDC research shows that HIV prevention programs in schools can significantly reduce risky sexual behaviors among teens by as much as two-thirds.

Under the Reproductive Health Law of 2012, the DepEd is already mandated to carry out age-appropriate sexuality education in schools. 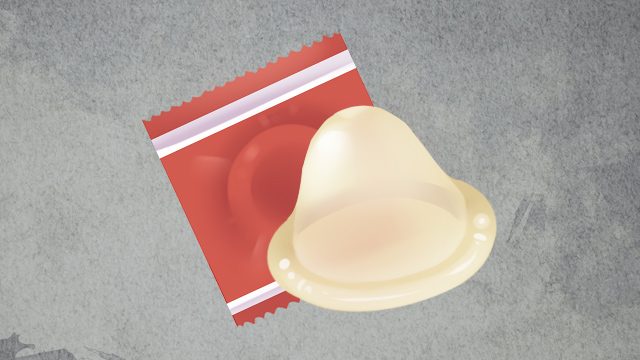 An HIV education material was already piloted in 4 public schools in Quezon City and is poised for a general rollout in the city’s public schools during the next school year.

The various aspects of sexuality education can also be weaved into school subjects. Reproductive health is already discussed in biology, consent and the importance of abstinence and delaying sex in values formation classes, and the impact of a fast-growing population and its relationship to development issues in economics or social studies.

An opening for The Sex Talk

While the DOH and the DepEd are discussing how schools can be utilized as access points, the interest in the subject presents an opening for parents to talk to their kids about sex.

According to the most recent Young Adult Fertility Survey (YAFS), teens want parents to be their primary source of information of sexuality education.

I remember hearing this and being mind-blown. Our kids actually want us to talk to them about sex! (It also made me think of students who are OFW kids and have one or both parents working abroad. Do they have someone to go to? But that’s for another column.)

As I’ve said many times, The Sex Talk is so much more than what body part goes where. It is about consent, what it is and how it is never to be assumed. It’s about framing the concept of physical love around respect for personal boundaries and space. It is about having the foresight to understand that the sexual decisions you make now are equal to life choices that may have long standing ramifications.

I may also add that it is an opportunity to discuss what feeds our country’s rape culture and every person’s role in preventing it and standing up to it.

The Sex Talk is an on-going open dialogue between parents and their kids and – if you haven’t already – now is good time to start it.

The way I see it, parents, the DOH and the DepEd all have the same goal: prepare our young people to face the future and that includes lessening their risk to anything that will get in the way of achieving their dreams like a mistimed pregnancy or late diagnosis of HIV.

The future of millions of young Filipinos – a future that is full of promise – is at stake.

Have we stepped back to ask them what they think?

Certainly, parents, legislators, and schools can put the quibbling on hold and take a moment to ask our Filipino youth what they want and need when it comes to sexuality education. Then we can all come together with a solution that at its core will truly benefit our young people. – Rappler.com

Ana P. Santos is Rappler’s sex and gender columnist and a Pulitzer Center grantee. In 2014, the Pulitzer Center awarded her the Persephone Miel Fellowship and reported on Filipino migrant mothers in Paris and Dubai.