Life of a doctor in the barrio

Jan 29, 2017 4:00 PM PHT
Facebook Twitter Copy URL
Copied
'The whole 'doctor to the barrio' thing is both a lovely experience to have and a necessity for your municipality, but it is also a tiny corner of the picture we need to look at, when it comes to health care.' 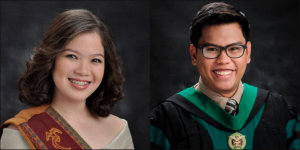 Here’s the start to a nice story: you are fresh out of 5 years of medical school – two of which were spent holed up in a hospital with a host of seniors double-checking everything you do. A few months of board review, drowning in the kind of cross-correlated information overload that makes computers shut down and cry, you are off to a municipality of anywhere from 4,000 to 20,000 people after sitting through a whirlwind of PowerPoint presentations you have no way of relating to yet.

You’ve got clothes in your bag and your stethoscope, and extremities that have been numbed by the 4 hours of bus travel and the 3 hours of boat travel it takes to reach your destination. It’s your first job, and you’re the only doctor in the town – sometimes, the only doctor on the island. Overnight, the lives of thousands of people have become your responsibility, from birth to death, to the hopefully-long period of time between the two.

You eat and read and work and sleep inside your office: the municipality’s Rural Health Unit, an illustration of your life for the next two years.

Doctors don’t really have days off, especially not if the next doctor is two hours away via roads that become impassable when it rains. No matter the time of the day, when there’s a motorcycle crash, or stroke, or a woman going into labor, or a group of first graders with food poisoning, and whatever other urgent to semi-urgent medical concern, you have to be there.

When there’s a natural disaster approaching and people are going to be stuck in cramped evacuation centers – and training and good sense tell you fever, cough, and diarrhea could spread – you have to be there. Even if it’s raining so hard you can barely see 6 inches in front of your face and you need to borrow a truck to get to the barangays hit hardest by flooding.

When your regional or provincial office – your de facto superiors – call for case reports and program reviews to be held 6 hours away from your municipality, you have to be there. When your mayor calls to talk about your budget or the police call to ask for a medical assessment of an assault victim, you have to be there, too. 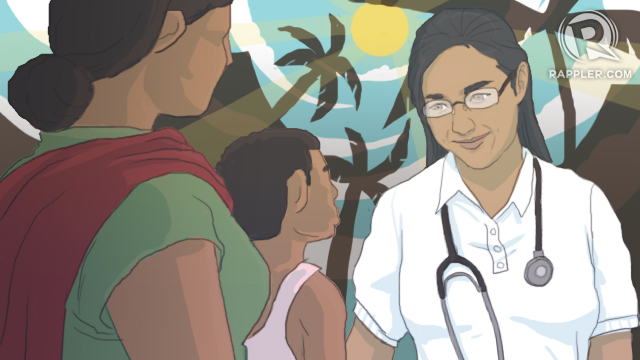 You’re going to have a woman wake you up at 3 in the morning. She has been in labor for a few hours and she had gone to a hilot but the baby is breech and the hilot couldn’t deliver it – and you have no time and space to panic about how you are not exactly equipped to deliver a breech baby, either. You don’t have an operating room, and even if you did you wouldn’t know how to perform a caesarian section. You want to refer her to an obstetrician, but there aren’t any on the island.

You want to refer her to a hospital, but the nearest hospital on the island is hours away and your ambulance needs to be pushed by 3 men before it can start. You want her to have been prepared for the breech delivery, only she didn’t have the money to go to the mainland for an ultrasound, so you’re going to decide to deliver the baby then and there, with almost no emergency supplies, trusting in the skills of your midwife.

You’re going to have a woman show up in the immediate aftermath of a typhoon, in labor, with no prenatal checkups and no ultrasound, with darkly-stained fluid on your initial examination. You want a suction machine and an intubation kit to keep the baby’s airway secure in case he or she has swallowed fluid, but all you have is a pipette. You deliver the baby and suck the fluid out of the baby’s nose and mouth as best as you can. When the baby cries, it’s going to be the best cry you’ve ever heard.

Of course, that’s when the next patient in labor arrives and you need to get your first patient out of the bed and all your instruments cleaned and sterilized, because the Philippines has better things to spend its money on than a second set of obstetric equipment. She gives birth normally, and you want to be relieved, but afterwards you notice that she’s still bleeding copiously and that her uterus is soft. This will be aggravated by the fact that you don’t have the medicine you need and that your ambulance still needs to be pushed to start.

You call every specialist in your phonebook, not knowing if you want a complete set of pharmaceuticals, an emergency transport vehicle that actually works in an emergency, a break, or all of the above.

You are going to visit barangays that can only be reached when the rain hasn’t made the dirt roads impassable. You will see old men with tuberculosis who haven’t been treated and diagnosed for lack of ability to travel, or those who lack the resources to pay for the motorcycle trip to your clinic. You’re going to do your best to convince them to try anyway, wondering about their wives and kids, and wondering what could have been done had they been seen earlier.

You are going to see malnourished kids raised by mothers barely out of childhood themselves who figured they had no better options. You’ll want to sit down in front of one of the classrooms of the local high school and talk about reproductive health and also all the other things they can do with their lives, wondering if you’re getting to their realities of limited educational opportunities and limited work opportunities. You would really want to split yourself into two or maybe 10, just so you can do more.

You are going to be tired from navigating through the mountains of paperwork that make up every semi-functional bureaucracy. You will get worn down from talking about diseases to all the sniffly kids and hypertensive adults that walk into your clinic in ways that make sense to them.

Ultimately, you will get tired from wanting several million unobtainable things – paved roads, more midwives and nurses and doctors for the communities that need them, an ultrasound machine that isn’t 4 hours and P300 away, jobs that pay people the living wages they need to eat the things that will keep them from malnutrition or hypertension, a toilet in every household, an ambulance that works, a break.

You’re going to remember all the people who told you that public health was a disheartening job, and you’re going to wonder why you didn’t listen to them. 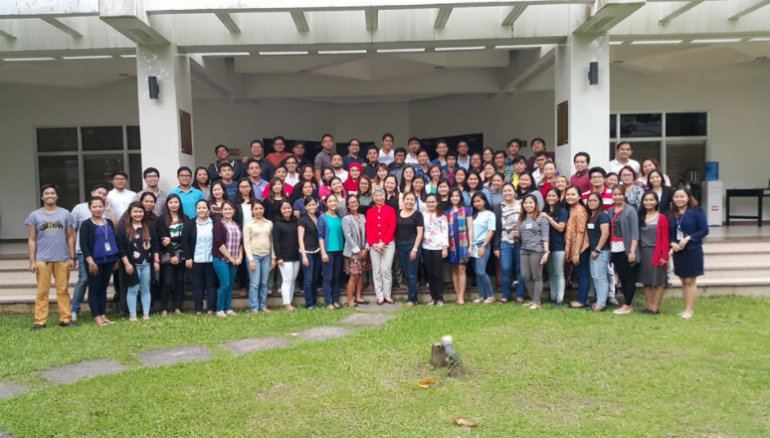 Here’s the reality behind that nice story: the whole “doctor to the barrio” thing is both a lovely experience to have and a necessity for your municipality, but it is also a tiny corner of the picture we need to look at, when it comes to health care. The actual practice of seeing patients is the end-product of a series of programs and policies on social services, health care, education, and livelihood programs and policies that have failed to give most Filipinos the quality of life the Bill of Rights, at least, think they should have, and that have failed the poor, the marginalized, and those living in geographically isolated and disadvantaged areas the most.

And it’s easy to advocate for helping one patient at a time, but it’s less easy when you realize that the patients who do end up making it to your door are the lucky ones. It’s less easy to be patient about reforms and the time it takes to enact change when you know that people die and that people will continue to die from completely preventable reasons for as long as our health system remains the same.

People will die from preventable diseases for as long as health professionals leave for other countries while 7 out of 10 Filipinos still die without having seen a doctor, for as long as budgets for government hospitals keep getting slashed despite the perennial pictures of emergency rooms overflowing with patients, for as long as we see no radical changes not only in health but also in the social and economic factors that affect it. These will continue from the highest mountains, to the most remote islands, across the choppiest seas. – Rappler.com

Dr. Jillian Francise Lee and Dr. Christian James Nazareth are members of the Doctors to the Barrios (DTTB) Batch HIMAGSIK. Lee is currently assigned to Tubajon, Dinagat Islands, while Nazareth is deployed to San Isidro, Surigao del Norte. They will both be stationed in their areas of assignment for a minimum of two years. You may email them at jillianfrancise@gmail.com and cj.nazareth@yahoo.com.