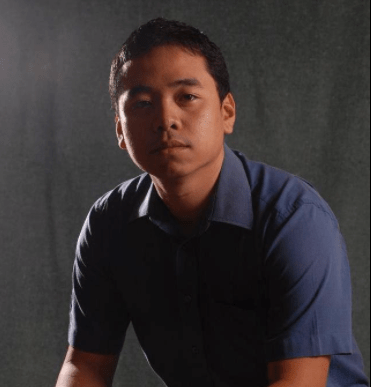 Facebook Twitter Copy URL
Copied
'You have nothing to fear from me. It is I, judging by the lessons of history, who should be fearful.'

“Get the fuck out of my country you fucking immigrant!” yelled a man at me as he slowly drove by in his pickup truck.

I paused in disbelief. There I was, dead in my tracks in the middle of a schoolyard situated right next to a road, on my way to teach a class of middle school kids. Before I could process what just happened, a handful of kids adoringly ran up to me with their hellos and hugs. Thankfully, none of them heard the xenophobic outburst.

I share this experience, not as a commentary on the current political landscape nor to cause division.

On the contrary, I share this because it is so uncharacteristic of my American experience.

In the past half decade, I have been shown nothing but acceptance, kindness, love and friendship. I truly believe my experience today was an aberration.

I attribute my unfortunate experience to ignorance and intolerance, whether it be emboldened intolerance or ignorance that hides behind lips that are mute in the midst of bigotry. I cast no blame on any one group, after all, ignorance is not the sole proprietorship of one single race or ideology. As a scholar, and as a student of history, I believe that learning and education is a means by which to overcome this.

To the man in the gray pickup truck, Sir, you have nothing to fear from me. It is I, judging by the lessons of history, who should be fearful. To me, you are an outlier and my admiration and opinion of America have not diminished.

As you choose to hurl invectives while you hide behind the ambiguity of a moving truck, I choose simply to write and treat this subject with the gravitas that it deserves.

Let me share with you a few lessons in history that may not be known by many, but continues to fester in the consciousness of the Filipinos. 10 – “Kill everyone over the age of ten” was the order given by Col. “Howling” Jacob H. Smith to his men when they turned the entire town of Balanghiga on Leyte Island into a howling wilderness.

20 – Twenty million dollars was the amount paid by the U.S. to “purchase” the Philippines from Spain in the treaty of Paris on Dec 10, 1898, later ratified by President McKinley. In defiance to this, anti-imperialist Andrew Carnegie offered to pay the U.S. treasury the same amount so that he could set the Philippines free.

200,000 – Two hundred thousand is the number of civilian Filipino men women and children who died in the U.S. attempt to subjugate and pacify the Philippines. Up to 50,000 Filipinos were killed directly by U.S. soldiers.

1000 – The number of Filipino Moros killed by the U.S. army on a single day, March 7, 1906. The Moros had taken refuge at Bud Dajo, a volcanic crater in the Philippine Island of Jolo.

1898 – The year the water-cure (today known by another name) was first used by the U.S army to torture Filipinos. William Howard Taft describes water cure as “that torture which I believe involves pouring water down the throat so that the man swells and gets the impression that he is going to be suffocated and then tells what he knows.”

1911 – The 1911, or better known as the 45 caliber pistol, was developed by the U.S. Army to put down Filipino warriors in the Island of Mindanao, the Filipino warriors would continue charging even after being shot with the less powerful 38 caliber handgun.

As we cast these events to be forgotten in the annals of history, let us also remember the good things brought by America. Like the Thomasites, a shipload of American school teachers who arrived in the Philippines in 1901 to establish the first ever Philippine public school system, which includes my Alma mater, the University of the Philippines.

I am still hopeful and thankful for the beautiful people I have met in America. I have always and still continue to admire American values.

America did not just wake up one day and decide to rule the Philippines. Rather, the debate raged between the Expansionists like William McKinley, Theodore Roosevelt, William Randolph Hearst, and the anti-imperialists such as Mark Twain and Andrew Carnegie. The debate featured in the leading papers of the time, occupying America’s consciousness and conscience.

In the end, President McKinley chose to occupy the Philippines, vowing “to educate the Filipinos, and uplift and civilize and Christianize them.” Unknown to McKinley, the Philippines Islands were already “Christianized,” and had been so for over 300 years.

The lessons of the past liberate while dwelling on them enslaves us, but to forget condemns us to repeat them. – Rappler.com

Ivar-Nicholas is a Fulbright Scholar and doctoral candidate at the University of Arizona School of Music. Prior to his studies in the U.S., Ivar taught at the U.P. College of Music in Diliman and subsequently at the U.P. Los Baños Department of Humanities.