The police’s menace of guns, power, and machismo

Oct 7, 2017 9:00 AM PHT
Diana G. Mendoza
Facebook Twitter Copy URL
Copied
When we give a gun to a person tasked to police and protect us, do we hope or do we worry? 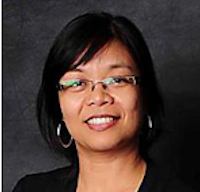 When we arrived in Bagong Silang in a vast talahiban (grassy field), the cops pulled out knives and started stabbing the suspect without letup. Then they asked him to get off. “Takbo (Run)!” they shouted. The suspect, bloodied from the stab wounds, ran fast. The cops pulled out their guns and shot at him. The suspect was able to get up and run, already limping. They shot him again until he could no longer be seen from the tall weeds.

I gasped. I thought the cops were going to turn their guns on us, having witnessed what they did. The reporters were quiet. The photographers didn’t click their cameras.

“‘Lika na (Let’s go),” the cops said. We boarded the vehicles again and drove back to the police station.

At the media lounge, everyone was quiet. “Whoa, that’s one huge story,” I said. But a senior reporter said no one should write about it. I asked why. “Pakiusap ni Cabo (It’s the chief’s request),” he said, referring to a police corporal who was part of the group. “Ikaw din, kung gusto mong magcover pa dito, or pa-assign ka na lang (It’s up to you if you still want to cover, or be assigned to another beat).”

When I returned to our newspaper office, I told the editor about what happened and that I was forced into not writing about it. She asked why. I told I had the same question because I didn’t understand. “Okay, just let it go,” she said. “Give me a better story tomorrow.”

This incident happened many years ago in Caloocan City. I was a rookie assigned to cover the police beat – the initiation-level, staging area for journalists of my generation and those ahead of us. I still remember how I felt not being able to write that story and to dig deeper into the whys. It would have been page one material; my supposed first break into the so-called big time.

Police districts in Metro Manila were different then. The premier beat, because it covered the capital Manila, was the Western Police District. Under the Northern Police District were Quezon City, a separate beat for another reporter, and Caloocan, Malabon, Navotas and Valenzuela, or what is called until today as CAMANAVA – my beat. I didn’t appreciate being assigned there at first, as people called it the swamp, the northernmost end of Metro Manila with plenty of vacant, idle places and low-lying areas prone to flooding.

But it was an interesting one, I learned later. Caloocan, the only urbanized city in this grouping then, had a volatile political situation ruled by the Asistio family. Malabon and Navotas had their share of bleak conditions. Valenzuela was a hotbed of labor unionism. Bagong Silang and Dagat-Dagatan were the dumping ground of persons who were “salvaged” or summarily executed, in police parlance.

The whys to the unwritten story unraveled in the next days. The police blotter identified the suspect found dead in Bagong Silang, bearing multiple stab and gunshot wounds. Except for stating the funeral parlor his body was turned over to, it had no other details, so I asked the killer cops. He was a serial rapist of little girls, they said, often in and out of jail  – out if the police wanted him to do some work for them.

The cops grew tired of his court schedules where they were required to testify against him. “Nakakapagod na ‘yung mga bista eh. Saka salot siya; patapon (We’re getting tired of the court hearings. Besides, he’s scum; garbage).” 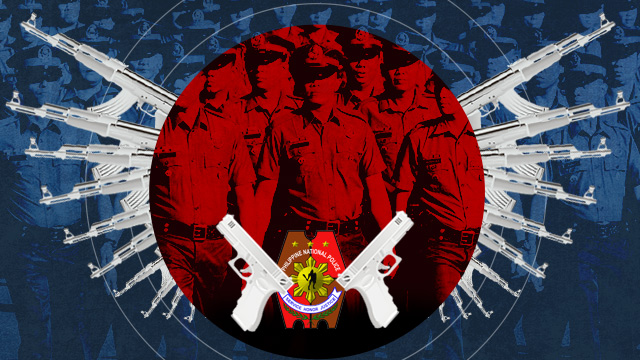 Policemen had this hatred for rapists. Among all offenders, cops wanted them wiped out. One day, I followed the reporters to the firing range, thinking the cops were on goodwill mood to let us try again the .45 calibre. There was no firing practice. The cops were padding a sack hanging from a beam that, I thought, was their makeshift punching bag. But no, there was someone in it – I heard a whimper. It turned out they were torturing another rape suspect. Before I could ask questions, they told me to leave. The reporters said that after the suspect was tortured, he was executed somewhere.

But for all their apparent anger at rapists, the cops had mistresses and second and third families, an accepted practice probably to prove that they were as fearless as their guns. Another practice was to close an entire nightclub for an officer’s exclusive birthday “big night” party, and to gift each other with female sex workers for the night. Also a few times, we reporters dropped to the ground as cops at odds with each other did their gun duels.

I thought from then on that guns affect their behavior, perhaps making them destructive to the point of misunderstanding the power and responsibility that go with handling the weapons and what they stand for in performing their duties to protect citizens. It is worsened when they are bound by orders from those more powerful than them, eventually pulling them into a culture of corruption and violence.

Summary executions and police abuse have been going on; they just take on different tacks. Torturing suspects, making them shooting targets, or covering them in masking tape is still in the tradition of disposing of someone suspected of wrongdoing, whether he was a rapist or a drug pusher. The saddest thing is, the police never look at the option to reform and emancipate an offender’s remaining hopes for humanity.

No wonder that the leftwing assassination squads staged their own dramatic kills to send their message across to protest law enforcers’ abuse of power. On the day I rushed for an appointment to interview and meet for the first time a chief of police, the hit squads of either the Sparrow Units or the Alex Boncayao Brigade pulled ahead – they left the police chief dead in his car on his way to work, with a gunshot wound to his head.

The urban-based liquidation squads of the New People’s Army that targeted law enforcers during its heyday, in a way offset police domination. They did their signature hits casually, usually in broad daylight, and owned up to the responsibility through a statement detailing their target’s sins against the people.

I am not for resurrecting hit squads. We are already deadened by daily news of killings by rogue cops and riding-in-tandem assassins. The raw emotions we are subjected to are just too much.

In this day and age of clean-cut cops and the Gwapulis beauty pageants, I wonder if the younger or aspiring police officers know what they’re getting into. My bias against male cops earlier was because I never encountered a female police aggressor firing her gun or showing her female version of machismo. There were a few of them back then, unlike today when they handle the women and children’s desks, traffic, investigation, or partnered with a male colleague on street duty, among other gender-neutral functions, I hope.

But yes, again, when we give a gun to a person tasked to police and protect us, do we hope or do we worry?  – Rappler.com