Beyond sardines: The quest for sustainable fisheries

Nov 21, 2017 11:35 AM PHT
Roquelito Mancao
Facebook Twitter Copy URL
Copied
Whether you’re a restaurant owner, a fishing boat maker, a fish buyer, a nutritionist, a farmer, a housewife, or simply a diner who loves seafood, it’s time to think about where your fish comes from and how it's caught 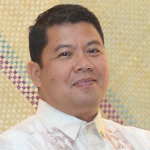 Growing up in the landlocked municipality of Malungon, located in what is now the Province of Sarangani, I came to regard canned sardines early on as a luxury that we bought in the market after selling the free-range chickens raised on our farm. It didn’t matter if the contents of the can were milkfish or mackerel – to us, they were all sardinas and reserved for celebrations in the household.

When we moved to Davao del Sur, I got my first taste of the ocean, which was just a one-peso ride away. I learned to spot shells in the shallow tidal pools. I helped my father catch fish for food after his farming chores.  observed how people exploit the sea, and even found myself guilty of using illegal fishing gear such as fine-meshed nets and poisonous substances in our waters. (READ: Diving with a million sardines)

Years later, I began to study the oceans and immerse myself in conservation issues, eventually graduating with a Bachelor of Science in Fisheries degree. I started working as a volunteer and before knowing it, my professional journey had taken me to various marine and fisheries management projects in almost 200 coastal towns and cities across the country.

What I discovered was that the biggest challenge in Philippine fisheries is our belief that marine resources are infinite. This may be attributed to our good fortune in living at the center of marine biodiversity, as marine scientist Kent Carpenter and his colleagues found, making most of us think the seas and its resources are inexhaustible. (READ: Want to feed the world? Save oceans first)

The mystery of the oceans is lost to many Filipinos, who believe that fisheries issues are only for fishers and their dependents, as well as conservation advocates.

They do not realize that the open access system – with everyone given free rein to fish wherever and whenever they want – leads to competition and unregulated harvest among fishers. This situation has resulted in what used to be very rich fishing grounds becoming among the most heavily exploited in the world, according to the landmark report, “Philippine Fisheries in Crisis.”

After 18 years of working in coastal and fisheries management, I had been hoping that the list of issues facing our oceans would be shorter. We have won some battles: The Fisheries Code and its amended version, for example, has imposed stiff penalties that are making it more difficult for illegal fishers to continue their destructive ways.

However, Filipino ingenuity and the quest for a comfortable life have given rise to persistent issues that affect our marine resources. 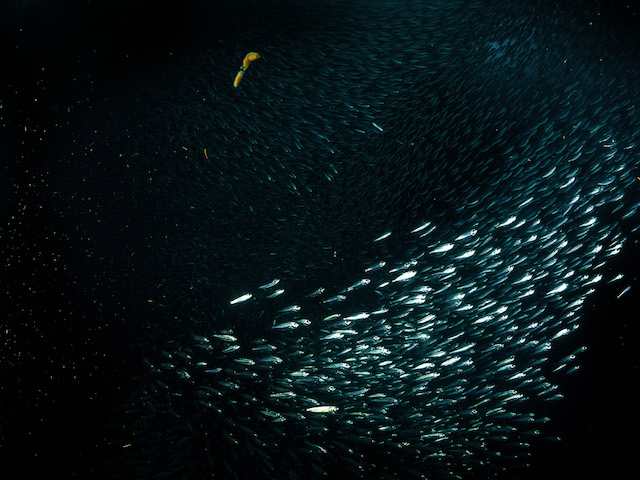 Until now, dynamite fishing remains a problem in some coastal areas. Exploitation patterns are adapting to the demand for seafood or reacting to government regulations. For instance, when fine-meshed nets were banned, fishers simply folded nets that met legal requirements for mesh sizes to double or triple their effective mesh sizes.

New challenges are also cropping up. We never talked about climate change or coral bleaching or disaster risk reduction when I started working in 1999; now, these are trending as the biggest threats to the ocean’s sustainability. There’s also the rising interest in seafood, with many Filipinos experimenting on dishes for all types of fish and all their parts from head to tail – from edible species to poisonous ones, from fish eggs to larvae to giant creatures. And commercial exploitation always follows consumer demand.

What we can do

The question now is, how do we achieve that delicate balance between marine conservation and the wise use of our fishery resources?

Decades of government and non-government interventions have raised public awareness about the need to fish responsibly in Philippine waters. However, social scientists will tell you that knowledge is not equal to behavior change. Awareness has to be translated into practice, which should become a community norm. The only way forward is to make the quest for sustainable fisheries everyone’s business.

Whenever I discuss the fisheries crisis with coastal communities, I often emphasize that it is an emergency that has no single cure. Small steps from each Filipino citizen could help bring back the abundance of our oceans. We already have very good laws that simply need to be enforced, and this is being done in many localities. We have good government agencies and very productive NGOs – it’s just a matter of bringing everyone back to the drawing table and talking about how we should move forward in making sure we don’t run out of fish.

We have many great lessons from more than 40 years of implementing programs for coastal and fisheries management. It’s time to harvest the scalable ones, update the obsolete items, and do away with assumptions and strategies that are no longer applicable.

Whether you’re a restaurant owner, an operator of a fish processing plant, a fishing boat maker, a fish buyer, a nutritionist, a farmer, a housewife, or simply a diner who loves seafood, it’s time to think about where your fish comes from and how it’s caught.

As we celebrate World Fisheries Day on November 21, I am hoping that the message of sustainable fisheries reaches the widest possible audience. There’s more to fisheries than the humble can of sardinas – we need to work together to ensure that we will have fish forever. – Rappler.com

Roquelito Mancao is the senior director for technical operations in the Philippine office of the international conservation organization Rare, which is promoting sustainable management of municipal waters and responsible fishing behavior among Filipino fishers.