[OPINION] RevGov, the Constitution, and the end of the Republic

Dec 17, 2017 9:30 AM PHT
Ramon Miguel C. Samson
Facebook Twitter Copy URL
Copied
Since the whole point of RevGov is setting aside the Constitution and its restraints, its fate then turns on enforcement, which means a willingness to put bodies and lives on the line 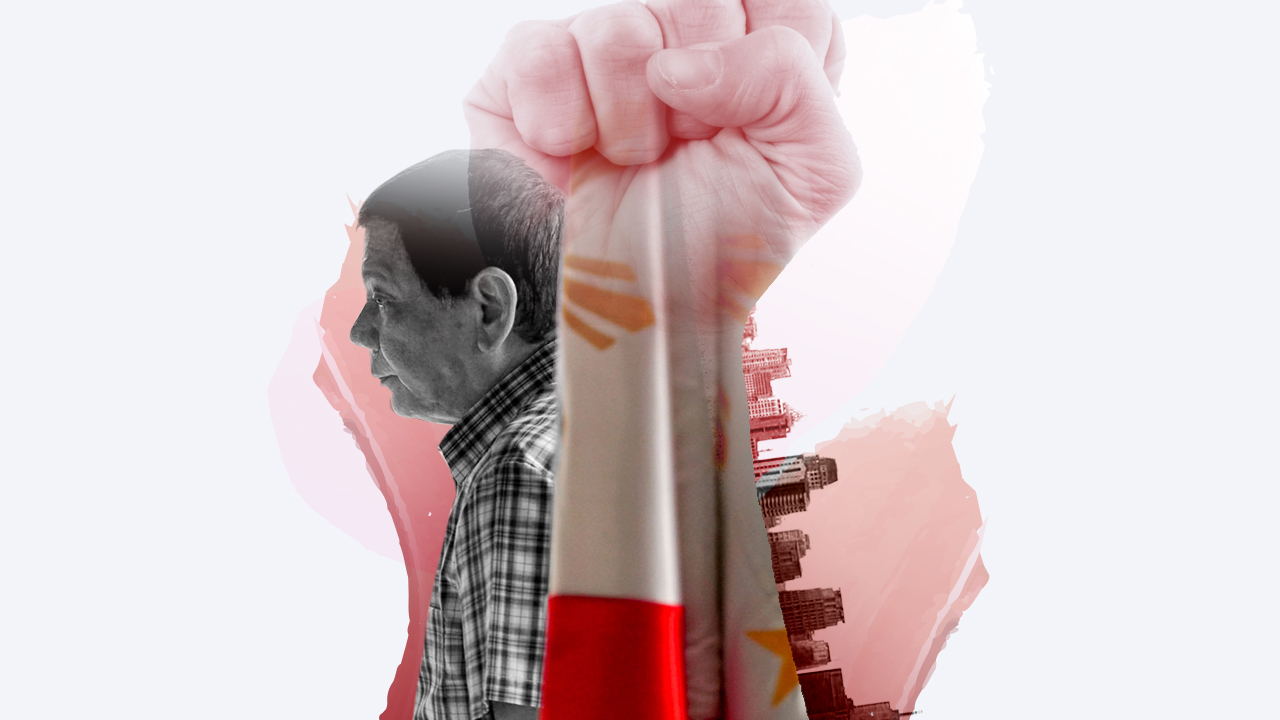 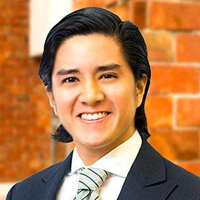 These past weeks, there has been much talk about the possibility of the declaration of a revolutionary government that would give Rodrigo Duterte absolute political power. This initiative, often called “RevGov,” is intended to give Mr Duterte the power and authority to act swiftly and without impediment to address the problems brought about by crime, corruption, non-inclusive growth, and issues that stem from the 1987 Constitution.

Proponents of RevGov have argued that the Constitution is holding the President back from enacting what they claim to be the will of the people. Hence, by setting the Constitution aside through “revolution,” Mr. Duterte would finally be unfettered and free to carry out his vision.

The frustration is understandable. Despite widespread popularity and a position of patronage vis-à-vis his allies in government, Mr. Duterte has nevertheless found his ability to rapidly carry out a broad agenda stymied. The main reason for this is that, despite the vast power that he wields, the president of the Philippines is not an absolute ruler. The president cannot act without Congress, Congress cannot execute things on its own, and actions of either are subject to the review of the Supreme Court.

In other words, the system of checks and balances forces leaders into a paradigm of constant deliberation and consensus-building, with any consensus subject to possible tests of constitutionality. Thus, there can be no rapid, sweeping changes, regardless of administration, because the system of government under the Constitution is not designed to work that way. The theory behind this is that slow, deliberate action, developed through cooperation, is preferable to any one man or small group of men calling the shots.

We’ve seen what happens when one-man rule occurs. Ferdinand Marcos declared martial law and exercised the extraordinary powers granted to him by the 1935 Constitution. Mr. Marcos ruled for 21 years, which saw widespread human rights violations, unchecked corruption, the deterioration of the economy, and the growth of the national debt.

The New Society agenda eventually devolved into a quest for political self-preservation, leading to the 1986 Snap Election. And because we believe that the results of that election were rigged, the people decided to act to remove him from office through the EDSA Revolution, aided by the armed forces that Marcos had politicized and depended on for power.

As the Inquirer columnist John Nery has observed, Mr. Duterte likes to point to this juncture of history to romanticize his notion of a revolutionary government: Cory Aquino, upon assuming the presidency, was president of a revolutionary government, and effectively a dictator. However, Mr. Nery correctly points out that Mr. Duterte gets his history wrong when he fixates on Mrs. Aquino’s revolutionary powers. The revolution that the people won at EDSA rejected the rigged snap election results. And when Mr. Marcos and his allies were thus displaced, Mrs. Aquino, the only other viable candidate of the election, filled the void with the mandate of the people.

One of the framers of the Constitution, Father Joaquin Bernas, SJ, notes that Cory Aquino assumed whatever extraordinary powers Marcos had. This allowed her to set in motion the events leading to the establishing of the current constitutional order.

The simple truth is that Mr. Duterte does not have the same mandate that Mrs. Aquino did. He was elected by a minority, having won less than half the total votes cast. There was no direct expression of the people’s will akin to the phenomenon at EDSA placing him in a position to claim revolutionary authority. Finally, the Armed Forces of the Philippines (AFP) has so far declared that it will not support RevGov. Based on these 3 things alone, RevGov has no mandate, no basis in the people’s will, and no hope of enforcement.

How would Mr. Duterte and and his allies push for RevGov anyway? Since there can be no claim of an election-based mandate, the only way Mr. Duterte and his allies would be able to claim that a revolution has taken place is some demonstration of popular support that will hopefully convince the AFP to change its position.

The groundwork for this is already being laid. On various websites and social media, supporters of Mr. Duterte have been calling for support for RevGov, and have been attempting to organize public rallies and demonstrations. For one such event, Mr. Duterte has been invited to attend and accept the “gift” of extraordinary, revolutionary powers from “the people,” giving him a mandate to set aside the 1987 Constitution and its constraints and proceed to enact wide-sweeping reforms, including the creation of a federal and parliamentary system of government, stamping out corruption and crime, and opening the economy to foreign investors.

These demonstrations are likely to be played up together with the favorable poll numbers that Mr. Duterte enjoys. Social media will be a battleground, with supporters of Mr. Duterte, real or not, spreading canned messages and dramatic images, as well as rabidly attacking any perceived resistance. Moreover, the idea that Mr. Duterte enjoys high levels of trust and approval will be hammered home, notwithstanding the fact that polls and surveys may be faulty in their questions, sampling, or other components.

Charter change is difficult, and its requirements of Congressional support and final ratification by the people through a plebiscite have proven to be the stumbling blocks of any previous efforts at amendment. It is difficult because it demands consensus-building at all levels, and putting all that to a vote that passes the Constitution’s requirements is something that cannot be railroaded easily. But then again, the process is meant to be difficult. The social contract cannot simply be set aside; the Republic cannot simply be reset.

However, since the whole point of RevGov is setting aside the Constitution and its restraints, its fate then turns on enforcement, which means a willingness to put bodies and lives on the line to accomplish RevGov’s ends. It is not impossible to imagine a situation wherein the ability to use force becomes the end game. In other words, the AFP will be decisive. The “EDSA II” uprising of 2001 proved this.

How does this play out? The law is clear: all members of the Armed Forces are, like the President, required to swear an oath or affirmation to uphold and defend the Constitution. The AFP’s chain of command, and their ranks of soldiers, will have to determine what this oath means. Does this mean fidelity to the Constitution’s institutions and processes? Or does this mean agreeing with the assertions of popular support for the revolution? These are not easy choices, and any answer to them includes an increased risk of further politicizing the AFP.

Say Mr. Duterte does declare a revolutionary government and asserts control over the institutions of the state. If the AFP decides that this is acceptable, then the revolution will be won. Mr. Duterte will be unrestrained in enacting reforms that have eluded previous governments, such as settling the autonomy structure for the Bangsamoro, removing restrictions on foreign investments and ownership, and rapidly reshaping the country’s bureaucracy for greater efficiency while stamping out corruption.

This could also mean that Mr. Duterte could stamp out all political opposition, keep himself in power with impunity, and deny the same people who granted him revolutionary powers the means with which to rein him in.

What if the AFP decides that RevGov is something it must fight? One law dean and former SolGen Florin Hilbay suggested that, in this event, the AFP might view Mr. Duterte as having resigned his office, and would then throw its support behind the Vice President, who would then become the new president, and could then call out the armed forces to uphold the Constitution and defeat the seditious “revolution.”

But to what extent would the armed forces be expected to “uphold and defend the Constitution”? This seems to imply an elegant, legal remedy. The truth can be far from it. The defense of the Constitution would be the single most important law enforcement mission. And like all law enforcement initiatives, it will rely on coercive, destructive, violent force for its ends to be achieved. The AFP, pursuant to its mandate to defend the Republic, has engaged in combat and killed separatists, terrorists, insurrectionists, and other enemies of the state. Defeating RevGov may require the AFP to do the same. Who will fight for Mr. Duterte and the proponents of RevGov?  What if the AFP just decides to seize power for itself?

A violent end scenario for RevGov is terrifying, because the literal survival of the Philippine state would be at stake. While writing about this may seem alarmist, it is, at this point, necessary, because RevGov continues to be pushed. To avoid violence, RevGov proponents would have the opposition simply acquiesce. Doing so, however, would be to succumb to one-man rule, and the end of the Republic. – Rappler.com

Ramon Miguel C. Samson is a member of the faculty of the Ateneo Law School. The views expressed here are the author’s own.