Facebook Twitter Copy URL
Copied
'Fisherfolk are the reason why we as consumers, both locally and abroad, are able to satisfy our appetite for tuna and all kinds of seafood. It’s time that we finally give considerable attention to them. ' 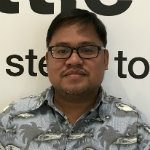 Along the shores of Tañon Strait, in the municipality of Amlan in Negros Oriental, coastal fishers used to compete with commercial boats that regularly raided their waters and depleted their fisheries. These days, they are looking to the future with more optimism, after the community organization decided to boost law enforcement in the resource-rich Tandayag Marine Sanctuary.

“Our efforts in guarding our marine protected area has been a huge help, as no one dares to enter the sanctuary anymore. Our members are happy because they can now catch bigger fish outside the no-take zone,” said Virgilio Aviso, chairman of the local fishers’ association. “When our children and grandchildren grow up, they will also benefit because our fisheries will provide them with livelihood.”

The fishers from Amlan are some of the more than 1.8 million registered fishers in the Philippines who depend on the sea for their daily sustenance and income.

As consumers, we depend on them for the delectable seafood that we buy in the market and cook for our families. The luxury that we enjoy, however, hardly translates into sufficient income for them. In 2015, the government declared the fisheries sector as the poorest of the poor, with 34% of fishers living below the poverty line. (READ: PH oceans in crisis: The sad state of small fisherfolk)

May 31 is celebrated in the Philippines as National Fisherfolk’s Day, a small token of recognition compared to their huge contribution in providing food security and economic wealth. Aside from low income, they also face the persistent challenge of low fish catch due to overfishing, often by large-scale fishers using harvesting techniques that destroy marine habitats.

To address this problem, the Department of Agriculture-Bureau of Fisheries and Aquatic Resources (DA-BFAR) pushed for the passage of Republic Act No. 10654, which amended the Philippine Fisheries Code of 1998. The revitalized law follows science-based policies in making decisions on fisheries management. Violators face stiff penalties, with the DA-BFAR hoping to achieve voluntary compliance instead of making arrests.

However, having a good law is one thing and enforcing it is another, as local government units and municipal fishers continue to confront challenges in managing nearshore fisheries. (READ: 8 guidelines to make small scale fishing more sustainable)

First, commercial fishing is prohibited within the 15-kilometer span of municipal waters, and yet, unauthorized fishing by large vessels is still prevalent in areas where enforcement is weak. As fish catch dwindles and fishing operations become very expensive, more commercial fishing vessels are abandoning the deep sea and venturing closer to productive coastal waters, to the detriment of municipal fishers.

Second, illegal fishing techniques such as the use of Danish Seines and Modified Danish Seines (locally known as hulbot-hulbot), cyanide, and dynamite continue to threaten our remaining marine habitats. Hulbot-hulbot is particularly destructive as a fishing gear, indiscriminately dragging everything at the bottom of the sea including coral reefs and seagrass beds. These fishery habitats are critical, as they serve as spawning and breeding grounds for fish and other marine life. Without corals and seagrass, mature fish have no safe haven to breed and replenish their populations.

Third, warmer oceans and sea level rise due to climate change have made it difficult for fishers to catch fish like they did in the past. Extreme weather events are preventing them from going out to sea for a considerable length of time, so they are suffering loss of income due to fewer fishing trips.

For many years, I worked with various local government units and fishing communities in the country as executive director of the NGOs for Fisheries Reform, the largest network of non-government organizations pushing for better fisheries management. From this collaboration, Community-Based Coastal Resources Management (CB-CRM) has emerged as the most successful approach in securing fishing rights in municipal waters.

We facilitated the formation of fisherfolk organizations that served as the grassroots base for community-led resource management. The partnership between government and fishers’ organizations is paving the way for the creation of managed access areas for small-scale fishers using proper gear, often around sanctuaries with high marine biodiversity that are designated as no-take zones to allow recovery of fish populations.

The important role of fisherfolk as resource managers has long been overlooked, and local government units are learning that giving fishers preferential rights in municipal waters through an ordinance is a big incentive in protecting the fisheries. Consequently, fishers like Aviso in Amlan are beginning to see improvement in the volume and variety of fish catch. (READ: Every Filipino has a role: Taking care of our oceans and seas)

Fisherfolk are the reason why we as consumers, both locally and abroad, are able to satisfy our appetite for tuna and all kinds of seafood. It’s time that we finally give considerable attention to them. – Rappler.com