[OPINION] Shame is not my name Facebook Twitter Copy URL
Copied
You are not alone. You do not deserve to be judged, hurt, or be called derogatory names. You deserve to belong and be acknowledged. 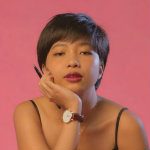 Not all secrets must be kept.

Growing up, I was taught that there is no need to live in secret if you are not committing anything wrong to yourself or to other people. But there was one instance in my life that made me ask so many questions regarding how secrecy can kill someone’s soul. It made me wonder why such a beautiful, pure, and innocent girl, would live behind the shadows.

I will never forget that night. I was on my laptop, working on an advocacy campaign that I will present to my future bosses in my first job interview as a new journalism graduate. The advocacy I tackled in that campaign was about mental health. As I made my presentation, one of my friends’ names popped out from my Facebook messages.

“Can I tell you a secret?” she asked.

I wasn’t surprised, but I have to admit, I was deeply affected.

After a few seconds, she said, “I have bipolar disorder.”

I, too, was diagnosed with bipolar disorder back in 2013. The journey of living with mental illness has been very difficult, especially in a country like the Philippines where public health does not recognize mental health. At present, there’s no law protecting those with the illness. (READ: The cruelty of mental illness)

For 5 years now, I have been going in and out of the hospital due to severe anxiety attacks and depressive dips. I see a psychiatrist once a month. My mom has borne the burden of my medical expenses ever since.

I do not come from a well-off family but my mother, who raised me single-handedly, makes sure to provide me the best healthcare services that I need. She would step out of my hospital room with no money in hand, and miraculously return with the exact amount to pay for expenses. Despite getting buried in debt she would just smile every time I would cry and apologize for all the problems I’ve caused.

“It’s just money, darling,” she would say. “We can earn it. Losing my only child would be unbearable.”

This is just one part of the battle I have been fighting. Aside from the civil war brewing inside my head every single day – with the loud noises, the lack of chemicals like serotonin and dopamine – it is simply unacceptable to be abandoned by my own government. My mother would have an easier time if there is a law that legitimized us and made medications and health services more affordable.

Where is the Philippines in mental health?

Our public insurance system does not cover hospital bills connected to any diagnosis concerning mental health. My family would bleed, financially. The thought would hurt me every single day.

The worst part is that my story is not unique. In the Philippines, which has a population of over 100 million, one out of 15 people suffers from mental illness.  There are only 6,000 clinical psychologists and less than 600 psychiatrists in the country to attend to people like me. (READ: How does the PH fare in mental health care)

Patients have to wait for 6 months before a medical professional can attend to their mental health issues in public health institutions, specifically in the Philippine General Hospital. For subsequent check-ups, the patient has to wait for another couple of months. There is also no assurance that the same doctor would attend to the patient.

With the recent passing of icons Kate Spade and Anthony Bourdain, mental health has again become a sensitive and widely-talked about topic. But the concern is more than spreading awareness. We need to act from top to bottom, starting with legislation. The Philippine Congress was supposed pass the mental health bill into law late last year, but today, halfway into 2018, those who stand to benefit from the law are still waiting.

People like me are left penniless due to expensive medication. We countinue to be stigmatized. We would jump from one job to another because being “depressed” is not a valid excuse to be exempted from work.

Where would people like me end up? Sadly, some of us already ended up crossing the bridge.

We deserve to be free

That night when my friend told me her secret, my perspective changed; it became broader. I realized that I am not just a voice. There is a reason why I have become braver through time, to share my own story and mirror the lives of thousands, even millions. (READ: Dealing with depression and anxiety: My saving graces)

I always say that people are so afraid of vulnerability. But acknowledging that there’s something wrong and you need help is the most courageous thing a person can do. I am a part of a mental health non-profit movement called Where There Is Hope. We build communities, create events, and hold bi-monthly support groups for people who need help. We stand by 3 pillars: Scripture, testimony and art. (READ: Keeping the demons at bay: Dealing with depression)

If you have been feeling down, let me tell you that it is okay. It is perfectly fine. Having the courage to step out and step up would inspire so many lives because you are not alone. We are not alone. You do not deserve to be judged, hurt, or be called derogatory names. You deserve to belong and be acknowledged.

It took me years but I have finally found a solid support system among my family, friends, and other loved ones. You will too. Let us start building this culture of admitting our own weaknesses ourselves. When we admit our weaknesses, we become strong. (READ: I have depression and it feels good to admit it)

We are not secrets. People living with mental illness deserve a sense of legitimacy and utmost respect. It’s about time that we step out of the shadows with heads held high, and start to brave the world.

As a journalist, I used to just be a voice for to people who aren’t heard. Today, I am one of the many faces of mental illness and I wear my battle scars proudly. – Rappler.com

Danielle Nakpil is a Rappler contributor. She is a spoken word poet, a songwriter, an inspirational speaker, and a mental health advocate. She was nominated and accepted in the United Nations Youth Assembly to represent the Philippines and advocate for mental health in New York, as part of the Good Health and Well Being Sustainable Development Goals.