[OPINION] Women in the shadows of Duterte’s drug war 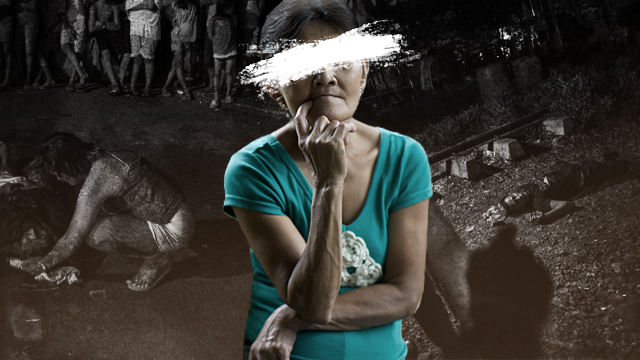 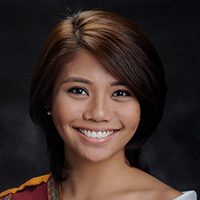 Rodrigo Duterte’s anti-drug campaign has not only left a bloody trail of over 4,000 dead bodies. Also left are over 4,000 families bearing the brunt of a one-sided war.

For the past 5 months, I have been talking to mothers, widows, and sisters of men who have been shot dead by motorcycle-riding gun men or cops in police operations. I talked to my respondents in their homes, most of which are made of corrugated sheets and recycled wood. In the vicinity is a police station which holds the record of the highest number of drug-related deaths.

In the course of my research, I have listened to stories of loss – of fallen fathers, uncles, brothers, and husbands. Most are breadwinners who made the difference on whether a family can get by or not, with their meagre earnings.

Nonetheless, it is clear that in the aftermath of violent deaths, women rise up and take the reins. They have not only been left behind by their loved ones, they have also been abandoned by a society that has seemingly turned a blind eye on their grief.

I met Kristina, a 26-year-old mother of 5 who lost her partner of 10 years after he was shot in a junkshop a few houses from their home along with two of his co-workers.

Hours later, his body was taken to the local morgue where Kristina claimed it in exchange for a signed document that indicated she owed them money. Kristina could not afford a burial. “Kahit piso, wala kami…” Kristina said (We have nothing, not even a peso). For almost a month, she left her children to look after their father’s casket while she begged for donations. The stench of the body called the attention of a local parish who helped Kristina give her husband a proper interment.

I also met Socorro, an elderly woman who should have long retired from work especially after surviving 3 strokes.

She was left with little choice but to look after her grandchildren – all 7 of them. Socorro remembers the night when she pleaded to the police not to enter their home. She lost her son that evening. Her son was told to kneel on the ground before he was gunned down. Her eldest granddaughter witnessed her father’s execution.

Three months before that dreadful day, Socorro’s heavily pregnant daughter-in-law was arrested without warrant during police operations. She gave birth to her 7th child in jail whom Socorro now cares for.

Today, Socorro spends her days either selling vegetables along the sidewalk or moonlighting as a laundrywoman. Despite her old age, she takes precarious jobs in the hopes of bringing home enough money to feed her grandchildren. “Makalaya lang ang manugang ko, kahit na mamatay na ako, [kahit] patayin na ako ni Duterte” she said repeatedly when we talked. (I just want my parents freed, even if that’s at the risk of my own life, even if Duterte kills me.)

At 17, Rose suddenly became the eldest member of her family.

Her parents and her eldest brother have been jailed for drug-related charges. Her other brother, the one who had a steady job as a garbage collector and stayed away from drugs, was shot in their house by unidentified men. It was this brother that looked after her and their youngest sibling. Upon his death, Rose was left helpless, unprepared to enter the workforce as she only completed seventh grade. Her family’s alleged notorious involvement in the drug trade turned her into a pariah even in her extended family. They feared her brother’s killers would return to wreak more havoc.

Rose and her younger brother were even forced to move out of their family home because they shared that fear. When I asked why they left their home, her response was simple: “Pag hindi daw po nila nakuha yung tatay ko, mga anak niya raw po yung papatayin” (If they fail to get my father, they said they would run after the children.) And so, Rose, before her 18th birthday, married a man who worked as porter in a nearby hardware store. The last time we spoke, she was looking forward to her debut.

These stories, among others, are the unheard narratives of the drug war.

They are stories of invisible suffering—those that take place behind the scenes because grieving publicly lends them vulnerable to condemnation. These are stories of the voiceless, for how can one speak up if suspected killers lurk around their homes, and if your neighbors and relatives turn you away due to fear. How can one grieve properly, if earning a living becomes priority over mourning?

But these are also stories of survival and hope, inasmuch as these are of grief and despair.

Most of all, they are about women boldly taking control of their future despite uncertainties and the most dismal circumstances. They take over because they have no choice. But they also take over because it is the only way they can get their lives together.

These women and their families need not be left in the dark for too long. They need a safe space to tell their stories because their dead kin never stood a chance.

We must help them so that they stop suffering society’s indictment of itself. – Rappler.com

Bianca Ysabelle Franco is a Research Associate at the Development Studies Program of the Ateneo de Manila University. Real names of the respondents are withheld for privacy and anonymity.