[OPINION] Facts are facts: World is warming, climate is changing

Aug 4, 2018 9:30 AM PHT
John Leo C. Algo
Facebook Twitter Copy URL
Copied
This is not the time to be afraid or ignorant 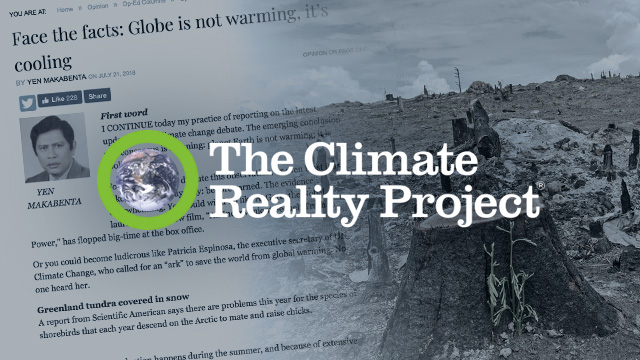 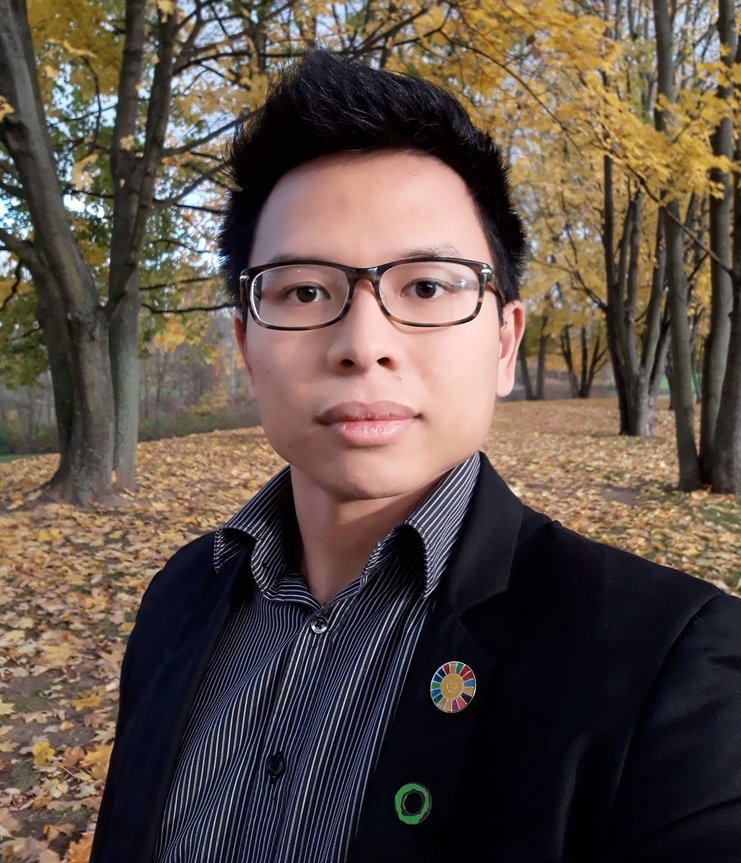 Today, we continue our practice of reporting on the true latest updates in the debate on climate change. We also continue to promote the importance of properly assessing sources of information, which is vital to today’s society.

Recently, there was an article by Yen Makabenta that attempts to present an emerging consensus that the Earth is cooling, instead of warming. It also shows supposed evidence that supports this claim from experts and showcases examples worldwide to debunk the role of carbon dioxide in global warming.

Firstly, Mr Makabenta’s ability to assess the credibility of his sources is questionable. He infamously quoted a fake news website on his column in the Manila Times last year, claiming that the US ambassador to the United Nations praised President Rodrigo Duterte. This has been proven false, another case in the wave of false information threatening the consciousness of the Filipino people.

Secondly, the experts he cited in his article are known climate deniers, whose respective credibilities have also been questioned.

For instance, Tim Ball, whom he refers to as “a former University of Winnipeg climatology professor,” actually has a doctorate in geography. His claimed expertise on climate change is also questionable, as most of his publications are not in peer-reviewed scientific journals. A judge even noted in a recent lawsuit against Ball that he lacks credibility in his arguments.

Another expert in his article, Craig Idso, is associated with the Heartland Institute and the Non-governmental International Panel on Climate Change (NIPCC). The former is an American think-tank that, aside from climate change, has denied the health risks of second-hand smoke and lobbied against smoking bans. Idso and many other members of the NIPCC have not presented their researches on credible platforms in years.

Both organizations are known to be funded by fossil fuel companies, who are known to be major emitters of greenhouse gases that resulted in man-made global warming and subsequent climate change.

Thirdly, Makabenta’s claims related to global warming and climate change either have no scientific basis or are interpreted in an inappropriate context. The most notable of these state that “satellite data show no increase in temperature for nearly 19 years despite a constant increase in CO2.”

This is simply not true. While satellite data showed lower temperatures than that measured on the ground in the past, recent developments proved that this difference is due to the decay of the orbit of satellites around the Earth, which affects their ability to measure temperatures.

Scientists from Remote Sensing Systems, a California-based research company, have corrected this error. The new data now shows that the Earth’s lower atmosphere has warmed faster than previously thought by nearly 140% since 1998. With higher agreement now seen between trends in surface and satellite data, evidence of global warming is stronger than ever.

On a related note, global warming does not mean that every single area of the planet is warming. Rather, it means that the average yearly air temperature is increasing, which has been the case for decades.

The diverse geography around the world and other natural processes contribute to differing temperature trends between regions. While a few areas are cooling, the vast majority of the world experiences warming. This then leads to different intensities of climate change impacts felt between regions, countries, and even cities and towns.

Many climate deniers will argue that higher CO2 levels in the atmosphere are beneficial for plant growth, as it is necessary for photosynthesis and food production. However, many other factors need to be considered for plant growth, such as nutrient availability. They also ignore that higher CO2 levels themselves cause climate change, which may lead to droughts and affects nutrient cycling that makes lands unsuitable for vegetation. In this case, the negatives clearly outweigh the positives. (READ: Will you survive a world severely battered by climate change? )

Lastly, Makabenta reports that both Arctic and Antarctic ice is actually growing instead of melting. Contrary to this statement, a study published in the journal Nature last month reveals that the current melting of Antarctic ice has caused faster sea level rise than at any point in the past 25 years. The situation is not any better in the Arctic, where the ice cover for the past few years was among the lowest on record.

With ice melting comes sea level rise, which threatens not only Pacific island nations. It will also severely impact coastal cities and communities worldwide, including the Philippines. With a lot of urban areas located along the coasts, the economic impacts of this phenomenon are no laughing matter.

The facts speak for themselves. The evidence is mounting every single day. How many lives and properties do we need to lose? How many communities have to be displaced from their homes due to floods and rising sea levels? How much more warming do we need to endure before we accept that we need to act now to combat climate change?

This is not meant to be an alarmist piece, but you should be concerned after all the calamities the world has recently experienced. This is not the time to be afraid or ignorant. Even President Duterte himself recognized the urgent need to address the threat of climate change in his recent State of the Nation Address.

It does not matter where you come from, what color you are affiliated with, or how much money you have. Climate change is coming and has come for everything and everyone.

Now is the time to step up and help save our world. But first, we need to face the new reality: the world is warming. The climate is changing. And that’s the truth. – Rappler.com

John Leo Algo is the Science Policy Associate for The Climate Reality Project Philippines. He is earning his MS degree in Atmospheric Science at the Ateneo de Manila University. He is also a graduate student researcher of the Manila Observatory and a citizen journalist.