[OPINION] What ‘Goyo’ teaches us about leadership, youth, and patriotism 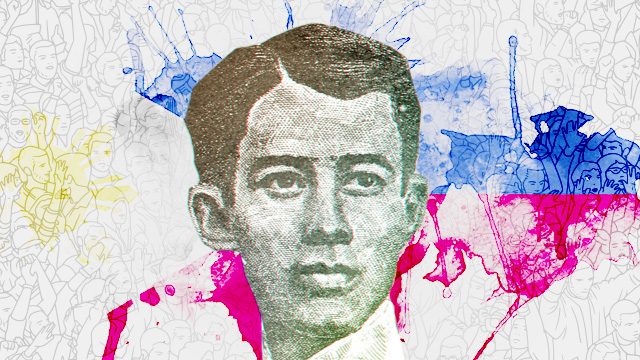 Facebook Twitter Copy URL
Copied
'Watch it because we are all Goyos in a way: young, foolish, idealistic, uncertain, selfish, imperfect, vain, and incompetent' 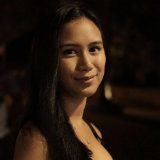 Goyo: Ang Batang Heneral was frustrating. But you have to watch it and be frustrated too.

Let me explain: two days ago, I came into the cinema hopeful, positive, and excited to watch Goyo. Two hours later, I came out of the cinema tired, sad, and disappointed.

I thought the movie, the story, the character was slow, shallow, self-indulgent, and indecisive. Unlike Heneral Luna (which I thought was an epic tale of bravery and passion), Goyo didn’t inspire or touch me as much.

But two days after watching (yes, I was still thinking about the movie in the days that followed), I had a eureka moment. I realized that I wasn’t really frustrated with the movie. I was frustrated with the reality of heroism and leadership. (READ: ‘Goyo: Ang Batang Heneral’ review: Stripping the hero)

First, I felt that Goyo, the hero and the movie, was slow. And rightly so.

Years ago, I thought the process of heroism and “making a difference” was a sprint full of milestones and successes. But the older I got, the more I realized that that process was really a marathon – a long marathon with no signposts, no landmarks, no celebrations. Just a slow movement forward with lots of uncertainty, fear, and waiting.

The battle at the end was not the 300-esque highlight reel of epic battle scenes. It was a bunch of frustrating decisions, careless mistakes, and cowardly acts, slowly building up to the tragic finale. Welcome to the real world.

Second, I thought that Goyo was incredibly shallow and self-indulgent. I almost hated him.

But the reality is that many of our heroes and leaders are. They’re vain. They’re motivated by their ego and self-interest. Some of them are shallow, bias-driven, or incompetent. In fact, many of them are womanizers – like our Gregorio.

I found it easy to root for Heneral Luna because he fought for the “right” side so indignantly he was almost a saint. His gruesome martyr’s death only purified him further.

But Goyo – with his women, his cocky smirks, his false sense of security, his inability to truly “lead” his men – made him a real person. The “Batang Heneral” theme placed emphasis on the “Bata” rather than the “Heneral.” (READ: [OPINION] Youth as troublemakers)

Yet, in spite of his faults, there were still moments where he stood up to shine, proving that maybe there are no heroes, just ordinary people pushing themselves to accomplish heroic acts.

(I’m not saying we should tolerate incompetence, selfishness, or womanizing in leadership. I just think Goyo did a good job of showing people how incompetent, selfish, or vain our “heroes” can be, if we ever venture to look more deeply.)

Third, we all knew he would die at the Tirad Pass, but he died so matter-of-factly, it was almost anti-climactic.

Our history was built (partly) on legendary deaths: the Gomburza priests executed gruesomely, Jose Rizal being shot at Bagumbayan, Ninoy Aquino bloodied on the tarmac. This one was not legendary.

The lesson for me here is: if you want to create real change in this country, don’t wait for a heroic death or one big act of courage in crisis that people will eventually worship you for. It may never happen. Instead, aim for everyday small acts with positive effects that can snowball into a lifetime of accomplishment.

The reality of heroism is that most of the real heroism that happens nowadays may never be recognized. Think of the nameless doctors, nurses, scientists, policymakers, and businessmen who have touched lives, formed communities, and created ripples of change.

Watch it because, when we’re seeing only two sides, Goyo asks us to think again. Bad or good. Villain or hero. The movie makes you uncomfortable by keeping you suspended in limbo.

Watch it because we are all Goyos in a way: young, foolish, idealistic, uncertain, selfish, imperfect, vain, and incompetent.

After all, the first step in becoming a better person or leader is recognizing one’s own weaknesses and faults. – Rappler.com

Arizza Nocum is a digital marketing and public relations consultant. She is also the founder of KRIS Library, an education and peace advocacy group.