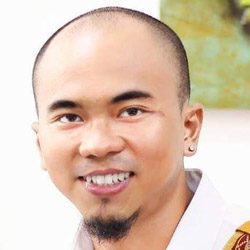 In a commentary published by the Philippine Star last December 28, 2018, F. Sionil Jose argued the non-necessity of being a communist in making a revolution.

In this article, he discussed 4 correct points. First, that our country, “tyrannized by a corrupt political system,” needs a revolution, from way before 1968, the founding year of the Communist Party of the Philippines (CPP). Second, that a revolution is a “class war.” Third, that during the Marcos dictatorial regime, the New People’s Army (NPA) was a “formidable opposition to the dictatorship.” And fourth, that a revolution unites the people, with a “revolutionary party that is grounded in reality and has the support of the people.”

A few things, however, need to be refuted.

First, without giving concrete evidence that would explain how the CPP and the NPA were said to be blind to the “wide social divide,” which he correctly claims as the “objective reality,” Jose arbitrarily concluded that this “willful blindness doomed the Party.” If by doom he means the inability of a small movement in Tarlac to flourish nationwide, then this certainly is not what was and is the case for the CPP and the NPA. Perhaps he needs to review his vocabulary if not history.

Through the years, the CPP’s and NPA’s strength inevitably grew, despite all the counter-insurgency programs of the Philippine government. And all these would not have been possible had the insurgents been blind to the objective forces and the material conditions that shape society. The CPP and the NPA would have only suffered the same fate of Luis Taruc’s armed group.

Second, in a generalizing tone, Jose likewise charges that “the NPA leaders also ignored the past” and “did not learn from the mistakes of the Huk uprising.” As a researcher who is very much into scholarly articles of the Philippine Left, I have encountered a number of official Party documents which thoroughly and rigorously analyzed, assessed, and summed up the history of the said rebellion. One of these is the documents is “Brief Review of the History of the CPP,” which lengthily discusses the subject and labeled certain erroneous practices as “Left,” or/and right opportunism, adventurism, and subjectivism. A shorter discussion can also be found in Guerrero’s Philippine Society and Revolution.

Indeed, it would be absurd for a communist party claiming to be guided by Marxism, Leninism, and Maoism not to learn from the past as the past is a material resource which can guide present and future actions.

Third, Jose also criticizes the NPA for not joining the EDSA People Power Revolution in February 1986. For him, the NPA “forfeited an opportunity that may never come again” and the outcome of EDSA  would have been different had the NPA “marched with the people and the Army.” Here, Jose is suffering in self-contradiction. While he criticized the NPA for failing to join the said event, he however opines that such an event only ended in the “restoration of the oligarchy.” And to say that the NPA’s presence in EDSA might have changed the course of history is a fantasy which simply misses the point.

In doing so, it is as if Jose is putting the blame on the NPA when the very hard facts suggest – and even Jose himself believes on this – that EDSA is simply an oligarchic movement which toppled the same oligarchic yet brutally fascist regime. Also, it is erroneous to claim that the communists never joined EDSA. On the contrary, they did, as official documents of the Party and Jose Maria Sison’s recent article entitled “Great Achievements of the CPP in Waging Fifty Years of Revolution” suggest. The communists however never accepted the illusion that the EDSA was a genuinely democratic movement as it was, again, driven by another oligarchic interest.

Fourth, the claim to theoretical universality transgresses particular and limiting identities. When abstract theories are implored and used, we don’t see its national identity in it. We only engage it in the hope of utilizing it for scientific or political purposes, and with the view of creatively developing it in new and unique situations. And this, I believe, is what the CPP did. They concretely applied Maoism in the concrete and unique characteristics in the Philippines. Indeed, using Jose’s words, the CPP succeeded in shaping “its own revolution.” Jose, again, simply misses the point when he emphasizes the “undercurrent of anti-Chinese feeling.” If we use his logic, then we would eternally be hating Einsteinian physics for it grew out from a society that once nurtured Nazism.

Lastly, the CPP is very much aware that the communists did not invent revolution. The CPP knows very well that there were the old bourgeois democratic revolutions launched in different parts of Europe and also here in the Philippines – the 1896 Revolution of the KKK. Indeed, Jose is theoretically correct when he said that “you don’t have to be communist to make a revolution.”

However, this statement is historically wrong, given the historical development, specifically the rise of the working class and the socialist revolutions then and national liberation movements now happening around the world.

Jose’s claim of the communist movement’s irrelevance echoes that of the military and the police. However, instead of making farcical claims that are not grounded in objective reality, we must seriously consider and recognize the rise of the communist movement in the Philippines. Pretending that such a movement is irrelevant does not really solve the problem, and by problem I mean the socio-economic maladies that drive thousands to embrace the armed communist cause.

We must not like be Jose who, in an article he wrote in 2016, fantasized that the Duterte administration is a Duterte revolution for, like what Nicole Curato aptly discusses, this current administration is still an oligarchic rule which simply outpowered the EDSA regimes.

As Jose was wrong about his analysis of the Duterte administration – this time calling it a mere “aberration” and a tiny “wrinkle” – he would certainly be wrong of his view of the communist movement. As the same “social divide” continues, the armed communist revolution will simply endure. – Rappler.com