[OPINION] My first Christmas without dad 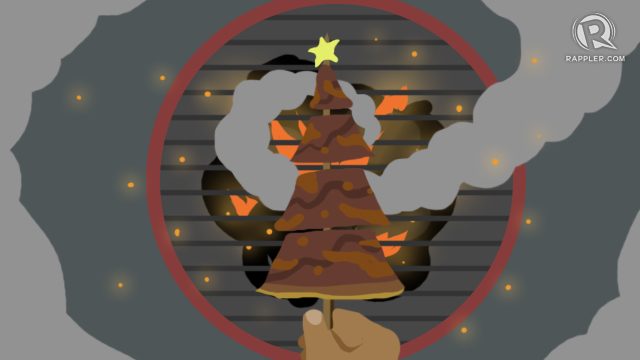 Facebook Twitter Copy URL
Copied
Every time there was barbecue grilling in front of our house, I knew that my father would live on in my memories and that I would always be home for Christmas 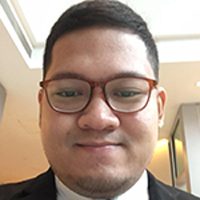 This Christmas and New Year season marked the first year that we celebrated the holidays without my father. Our family didn’t really celebrate Christmas or New Year in the traditional Filipino sense: We were busy selling and grilling barbecue.

My parents started their grilling business in 1997. My mother had just resigned from her job, and my father had suffered his first stroke. They bought a small makeshift grill, a refrigerator, and a couple kilos of meat. My father was the one who concocted the secret recipe of our famous mouthwatering barbecue. He learned to mix it on his own and sought the guidance of a Chinese man. He never stopped varying the mixes until the man gave his seal of approval.

To satisfy your curiosity on how our barbecue tasted, imagine tasting the most succulent piece of meat, flame-grilled to perfection, with a hint of a few secret spices, marinated in its own juices, and accompanied by a delightful, mouthwatering aroma. My father’s special vinegar mix complemented it. (READ: The taste of Filipino Christmas)

To clarify, my parents didn’t only grill during holidays. They grilled and sold barbecues and other common street food every day. The locals of our small barangay in Marikina would flock to our house every 4 pm to buy barbecue. College students from Quezon City would travel to our place just to visit the small garage with a rusty old roof to buy from Ate Cora and Kuya Ric.

It was only around 5 years ago when my parents stopped their everyday routine. This was the time when my dad had his third stroke and second heart attack, leaving the left side of his body paralyzed.

This was also the time that my older brother was working for a tech giant, making enough to support the family.

My mother had saved enough to buy a Nissan Escapade, which she used to start her very own business. Life was better for our family that we could opt to stop our year-round small business, but we still grilled on the eves of Christmas and New Year.

His kidneys were already failing but he continued to mix and marinate the meat. There were times where he stopped for a moment to catch his breath.

I can still remember that I helped him grind the garlic with his treasured mortar and pestle. I joined him in our kitchen, which only had enough space for one person. My father struggled with the two of us, and made jokes as he told me to fix the kitchen already.

My father always did have high hopes for me. I asked him what his secret recipe was for the barbecue and the vinegar. During my younger days, I would always ask him this and he would always reply that he wouldn’t give it to me. “Anak, pinag-aaral ka namin t’as magiging barbecue vendor ka (Son, we sent you to college, then you’ll just end up as a barbecue vendor)?” he consistently said.

I had just graduated from college and I guess in some ways my father wanted me to live up to his expectations. I was not walking the same doomed path that he always believed he took, so he gave the recipes to me. He always wanted to be a veterinarian, but bravery wasn’t his strongest suit. He wept silently when our dog passed away that year. I guess that was the point when he had wished that made the leap of faith into veterinary school.

The 6  months that followed were the toughest times for our family. My mom was scammed by a major bank’s officer and our family’s hard-earned savings were lost. Because of this, we couldn’t afford much of my father’s healthcare.

My father passed away on June 1, 2018, a few days before my 21st birthday. He died after his third and final heart attack. He was alone with my mother and he hugged her in his last moments.

Being home for the holidays is a time for every family to come together and celebrate the years that had gone by. It is during the holiday season when you truly see how everything had changed with the ones you love.

For me, Christmas was a time when the meat sizzled in the old family grill – where you could smell the aroma of soy sauce, garlic, banana ketchup, and other spices. The holidays in our house were when sweetness of the meat lingered in your mouth.

For every time there was barbecue grilling in front of our house, I knew that my father would live on in my memories and that I would always be home for Christmas. – Rappler.com

Gillian Reyes is currently working for the University of the Philippines-Diliman as as extension associate. He is also a registered librarian and hopes to build a library for children. He often writes stories for children.