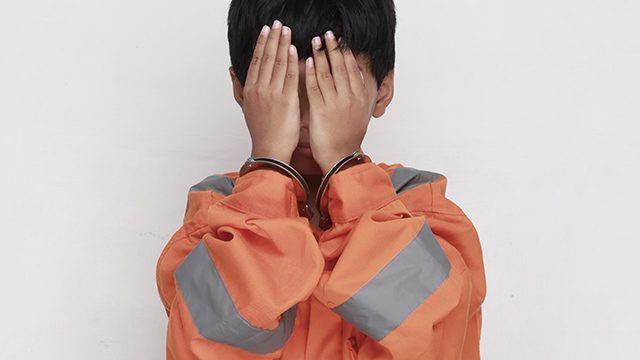 Facebook Twitter Copy URL
Copied
'Pushing for a bill that no rational legislator will bother to even pay attention to...is tantamount to bartering the future of Filipino children for personal, political goals.'

Given how haphazardly – intentionally or unintentionally – President Rodrigo Duterte has sailed through almost half of his term, it can be said now: optics may be the least of his problems presently, but it’s still on the list. And it’s a pretty heavy baggage.

In recent months, many have called him either an autocrat, a budding dictator, or a macho-fascist. (READ: 2018: Democracy in decline)

This may be precisely the reason why his administration has again embarked in an apparently desperate bid to burnish his image.

As 2019 entered, Duterte’s spinmeisters have apparently orchestrated the painting of a new veneer using a slapdash script.

The story begins with a drug buy-bust operation in a community in Navotas City last January 16, where agents of the Philippine Drug Enforcement Agency (PDEA) – accompanied by no less than its chief, Director General Aaron Aquino, nabbed 16 people suspected of selling drugs and “rescued” 12 minors aged 4 to 15 years old.

Many members of the media asked to cover the operation attested how the PDEA brazenly paraded the children – who they supposedly rescued – in front of cameras, to be photographed and made to appear as convicted criminals.

As if on cue, the following day – on January 17 – House Committee on Justice chair and Oriental Mindoro Representative Doy Leachon released a statement revealing that his committee is set to finalize a consolidated bill that will basically amend the current provisions of Republic Act 9344 or the Juvenile Justice and Welfare Act of 2006 (JJWA) to lower the minimum age of criminal responsibility (MACR) from the current 15 to 9 years old. This will basically allow the state to criminally prosecute children. (READ: Lower criminal age of responsibility? Fully implement Juvenile Justice law first)

This announcement lit the legislative grapevine on fire. Congress insiders who are privy to the workings of the House Justice Committee even noted that former president and now House Speaker Gloria Macapagal Arroyo sent out a discrete memo to all members of the Justice Committee to be present on January 21 to facilitate the railroading of the proposed bill.

Those in the know say that the former president, who ironically was the one who signed RA 9344 into law in 2006, is confident that the law will be passed, as the House leadership has totally revamped the composition of the Justice Committee, weeding out any potential member who will dare question the directive.

Buzz from the Senate reveal a similar situation, with senators aiming to also pass a similar bill before session adjourns.

All these behind-the-scenes, House of Cards-style vote whipping begs the question: Why? What’s the sense in all this? Pundits point to a simple truth: because the order emanated nowhere else but from Malacañang itself – in an apparent bid to use children as cannon fodder to refuel the illusion of the drug war’s conquests and victories.

The railroading of this proposed law is akin to treating legislation as mere child’s play. No less than the United Nations Children’s Fund pointed out that lowering the MACR will do nothing to stop drug syndicates from using children as drug mules or runners. (READ: How Duterte’s drug war targets the youth)

“By lowering the minimum age of criminal responsibility, syndicate groups who exploit children into committing crimes for them, will instead use and abuse even younger children to commit their wrongdoings,” the UNICEF has earlier asserted.

There is no dearth of studies and policy reviews which all point to the dangers that lowering MACR will provoke. (READ: Children in conflict with the law: Cracks in Juvenile Justice Act)

Child Rights Network, the largest alliance of organizations and agencies pushing for children’s rights legislation in the Philippines, has summarized the basic reasons why the MACR should not be lowered, in an online petition that has now reached over 4,000 signatures.

Pushing for a bill that no rational legislator will bother to even pay attention to – just because it is politically expedient for him or her to do so (remember, it’s election season) – is tantamount to bartering the future of Filipino children for personal, political goals. If and when Congress passes this law, legislators cannot claim to be simply naive, for they are brazenly complicit in risking the welfare of Filipino children in exchange for a seat in the table. — Rappler.com

Marjohara Tucay is an independent public governance consultant and a children’s rights advocate.