(OPINION) What Nagasaki taught me: Nuclear weapons must be banned 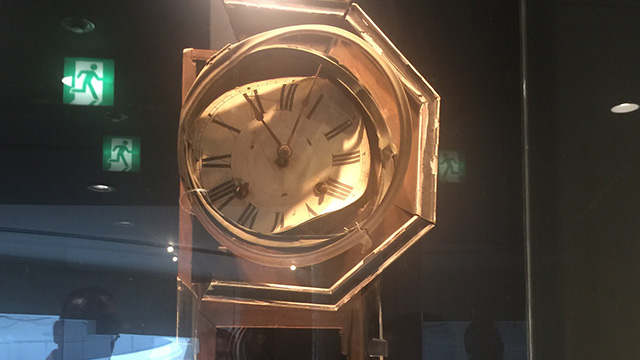 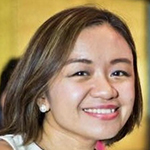 Anyone who knows me can attest that I enjoy travelling and exploring places. While every journey is beautiful in its own way, there are some that leave a lasting impression in your mind and soul. I experienced this in July 2017 when I visited the historic city of Nagasaki in Japan. I was there to lecture on international humanitarian law (IHL) and nuclear weapons at the Atomic Bomb Museum. I had, previously, read about nuclear weapons and their horrific effects, but I had never had the opportunity to visit a place where such a weapon was used and witness its impact firsthand.

To be honest, I had been under the impression that nuclear weapons explode upon impacting the ground (just like what we often see in movies). In Nagasaki, however, I learned that nuclear weapons detonate 500 meters above the ground. The atomic bombs dropped on the cities of Hiroshima and Nagasaki in August 1945 were so powerful that anyone present within the 1.2-km radius of where the bomb detonated had almost zero chance of survival. Bodies recovered within this zone were burnt to such an extent that they looked like charcoal. It is estimated that approximately 340,000 people died immediately and within the five years following the bombs being dropped.

During my trip I was able to meet and learn from two hibakusha (survivors) of the Nagasaki blast. Dr. Masao Tomonaga, a medical doctor and the honorary director of the Japanese Red Cross Nagasaki Atomic Bomb Hospital, was only two years old when the blast happened. His experience strengthened his resolve to become a doctor and help the blast survivors. The second hibakusha was a worker from the Mitsubishi Arms Factory in Nagasaki.

The full extent of the horror and destruction caused by nuclear weapons hit me when they started sharing their stories from the blast. Not only did the atomic bomb attacks result in the killing of thousands of people, a large number of the current 154,000 survivors continue to suffer even decades after the blast.

Many of the survivors lost their loved ones and had to endure the painful process of dealing with grief. In addition, many sustained horrific injuries. Dr. Tomonaga told us that their hospitals have treated survivors who suffered from five different kinds of cancer. When I saw some images of the survivors I was shocked at how they have managed to live with the level of injuries they sustained from the blast.

Many hibakusha have been stigmatized by society. We were told that some families would not want their children to marry a hibakusha out of fear that the genetic effects believed to have been caused by the bomb will be passed on to the next generation.

The experience of Hiroshima and Nagasaki demonstrates that the use of nuclear weapons causes destruction, death and injury on an unimaginable scale. Nor are there any effective means to provide adequate life-saving medical and humanitarian assistance in the aftermath.

Seventy four years after Hiroshima and Nagasaki, we now face a world where nuclear weapons have become even more destructive. I cannot even begin to imagine the magnitude of devastation should an intentional or accidental detonation occur today.

Fully aware of their catastrophic humanitarian consequences, 122 States adopted a treaty banning nuclear weapons on 7 July 2017. The treaty was opened for signature on 20 September 2017.

The Treaty for the Prohibition of Nuclear Weapons comprehensively prohibits nuclear weapons on the basis of IHL – the body law that governs the use of all weapons in armed conflict. It bans any development, production testing, stockpiling, use or threat to use nuclear weapons. It also contains strong commitments to assist victims of nuclear weapon use and testing and to facilitate the remediation of contaminated environments.

The International Committee of the Red Cross (ICRC), and the International Red Cross and Red Crescent Movement more broadly, have long called for the prohibition and elimination of nuclear weapons from exclusively humanitarian perspective. This historic treaty is an important and essential step towards achieving these goals.

All States have an interest in the prohibition and elimination of nuclear weapons– as does all of humanity. At present, there are 70 signatories to the treaty and 21 of those States have ratified it.

I am happy to say that Philippines has signed the Nuclear Weapons Ban Treaty and is in the process of ratifying it. Through its ratification, the Philippines can become a leader in the prohibition against the use and proliferation of nuclear weapons.

The survivors of Hiroshima and Nagasaki will likely suffer the devastating effects of the blast for the rest of their lives. Even today, the Japanese Red Cross hospitals continue to treat several thousand victims for cancers and illnesses attributable to the 1945 atomic bombings of these cities.

My firm wish is for our world to never again experience such a catastrophic event.  – Rappler.com

Evecar Cruz-Ferrer is a legal adviser with the ICRC in the Philippines working with national authorities on the implementation of IHL treaties in the country. She also teaches IHL and public international law in De La Salle University College of Law and Arellano University School of Law.