[OPINION] Metro Manila can be bike-friendly 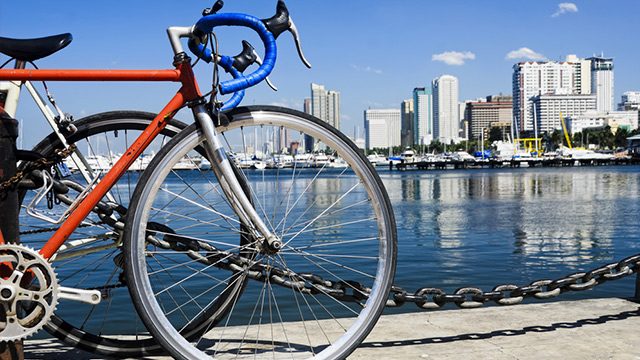 Facebook Twitter Copy URL
Copied
If more people ride bikes for transport, there would be less cars, and city roads would naturally unclog, freeing up more road space for cyclists 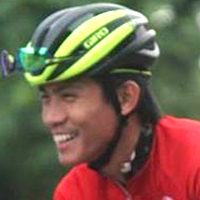 The bicycle is such an important piece of technological innovation. No other type of vehicle is honored with its own international day of celebration, no less than by the United Nations.

The World Bicycle Day every June 3 is celebrated to raise awareness on the undeniable benefits of cycling, and to lobby public and private sectors into adopting measures that will make cycling safe in their communities, thus making the bicycle a viable transport option for more people.

True enough, its clamor is somewhat getting heard. Here in Metro Manila, more bike infrastructure, facilities, and legislations have popped up in recent years. As of now however, these remain insufficient for keeping cyclists safe on the road, and for convincing more to use bicycles as a regular means of transportation.

Most bike lanes in Manila for instance remain meager lines painted on roadsides or sidewalks, which do very little in the way of protection. There haven’t even been efforts to clear these lanes of potholes and obstacles that force cyclists to deviate. A proper bike lane should be segregated, like that of the new Laguna Lake Highway, and that along Julia Vargas in Pasig City. (READ: LOOK: Philippines gets first protected bike lane along national highway)

In my experience, most motorists do try to respect and avoid bike lanes. It is when traffic jams accumulate that these lines get blurred. Motorists and cyclists alike are all trying to get to their destinations as quickly as possible through whatever means they can get away with.

It is hard to complain about cars hogging bike lanes when many cyclists also are often seen breaking road etiquette and traffic rules – and no, the argument that those traffic laws technically do not cover bicycles is not an excuse.

Another example is the recently approved House Bill No. 8911 mandating a 1.5-meter minimum overtaking distance of cyclists by motor vehicles. This is indeed a step in the right direction that is very much appreciated.

I, however, cannot imagine how this can be thoroughly and effectively implemented. How will traffic enforcers objectively judge the space between bikes and passing cars? How will they even monitor all public roads?

As far as I can tell, this rule is not only restricted to primary city roads. We don’t want this bill to only come to light after an unwanted incident has occurred.

Air pollution is another conundrum that deters people from cycling in city centers. Exposure to it is linked to a whole load of killer diseases, that much is true. People do not want to commute using a bike because of pollution, and yet we need more people to ride bikes to reduce pollution.

Pollution is not something to fear if you are reasonably fit from frequent cycling. Researchers from Imperial College in London reported that the benefits of frequent physical exercise greatly outweigh the risks of air pollution. Even in severely polluted cities such as New Delhi in India and Beijing in China, riding for one to one-and-a-half hours is still safe, according to them.

Eat healthily, avoid stress, have ample rest, and you’ll have even stronger natural defenses against air pollution. This is not to say that reducing our exposure to it is pointless. Snugly wearing a simple filter mask and avoiding vehicle dense roadways will help, but are not decidedly essential. (READ: 4 more reasons why we need protected bike lanes now)

These are among the many reasons why few take up bike commuting in Metro Manila. As with the example about pollution however, the solution to these setbacks that stop people from cycling may be cycling itself.

Maybe if more people rode bikes now for transport, there would be less cars, and city roads would naturally unclog, freeing up more road space for cyclists. (READ: What happens when you build protected bike lanes in cities?)

Private establishments will deem it necessary to adopt bike-friendly policies and provisions if several of their patrons arrive on bikes. Legislators will heed the urgency of establishing bike centered regulations and infrastructure if the majority of their constituents are already cycling for transport.

We can all do our share in turning Metro Manila into a bike-friendly place. Start with being a good and proper example of how a cyclist should ride and behave out on the road. Then go and encourage others to start riding. Teach them, guide them, ride with them.

If you’re not yet a cyclist or a bike commuter, there are several guides and resources online on how to become one, or find a group you can ride with and learn from.

Now head out, ride, convince someone new to join you, and then get them to do the same. (READ: Tour on two wheels: Seeing Iloilo City’s historic sights by bike) – Rappler.com