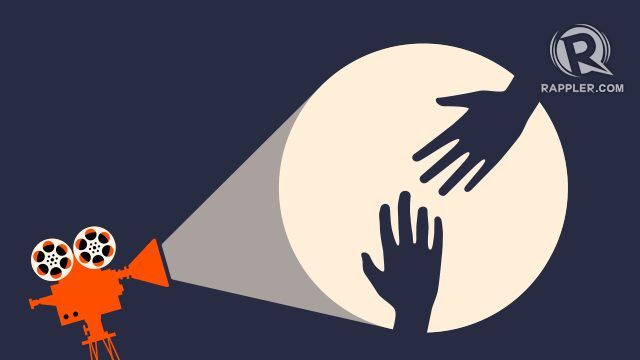 Facebook Twitter Copy URL
Copied
The Istorya ng Pag-asa Film Festival has indeed created a welcome space for these singular stories to be told, helping to make sure that 'those without a voice find one' The Istorya ng Pag-asa (Stories of Hope) Film Festival 2019, now only in its second year, showcased the best among its crop of short film entries, and it did not disappoint.

Once again, it proved the power of stories, images and moving pictures. Its grand winner was a film entitled Ka Dodoy.

It told the story of Ka Dodoy Ballon Jr of Kabansalan, Zamboanga Sibugay, who led his community amid despair and disbelief to preserve their livelihood.  Because of the dwindling number of fish to catch in their area, they decided to do something about the dire situation themselves.

Though down to 5 individuals initially, they began a campaign to educate their neighbors and those whose lives depended on their daily catch. They encouraged people to cooperate and conserve the supply of fish, so it would not disappear from their waters.

Together with his companions, Ka Dodoy founded a fisherfolk organization, the Kapunungan sa mga Gagmay’ng Mangingisda sa Concepcion (KGMC), that launched an advocacy campaign covering other areas beyond their borders, making them all aware that overfishing could ruin even the most biodiverse waters in the country’s south.

As Vice President Leni Robredo underscored in her closing remarks: What we need today is “hope that is defiant,” one that defies the odds, that inspires and empowers, and turns to action to uplift lives.

Among the other finalists featured in the festival were stories of citizens with ordinary lives who dared to do extraordinary things. They strived to overcome adversity one step at a time, knowing that at some point, change for the better can take place if we can make common cause with others.

Take the story of public school teacher Ryan Habitan Homan who was featured in the film Maestro ng Pag(b)asa. He launched the Balsa-Basa (floating library) initiative where he taught youngsters while riding a raft along a river in a remote village in Sorsogon, touching the lives of children in his town of Donsol. (READ: Teacher behind Donsol’s floating library asks for Adarna books for kids)

Teacher Ryan believed in the value of reading, in literacy and education, and took it upon himself to teach children how to read because he believed that it was their best pathway to a better life.

Or, take the story of a child who lived in the streets of Cebu and came into conflict with the law at age 13. After a stint at a youth guidance center, he was given a fresh start, becoming a model policeman featured in the brief film Modern Day Hero.

Refusing to give up hope, SPO4 Bill Felisan gave back by serving his community with respect and pride.

The other short films told similar stories of individuals who defied the odds, among them: a former drug addict who turns to art and teaches young people how to draw and paint in the province of Bataan in the film Obra; an 83-year old photographer Nanay Fely who took photos of a generation of public school students  and made them smile by asking them to say, “Mais! (Corn!)” before she clicked the camera; two blind brothers who harvested and dehusked coconuts up in the hills of Maasim, Sarangani in order to survive despite their disabilities; the young Tausug rap artist RK Jun born in Jolo and raised in Zamboanga, whose genius for improvisation helped him rise above the impact of poverty and war in his part of Mindanao.

Stories can provide powerful reminders that despite the odds people can rise above adversity, that communities can surmount overwhelming circumstances, and societies can transform their fears into defiant hope. The Istorya ng Pag-asa Film Festival has indeed created a welcome space for these singular stories to be told, helping to make sure that “those without a voice find one.” – Rappler.com

Ed Garcia is a framer of the 1987 Constitution, and a former professor at the Ateneo, UP, and consultant for formation at the Far Eastern FEU. He worked at Amnesty International and International Alert in the UK.