[OPINION] In memory of my father 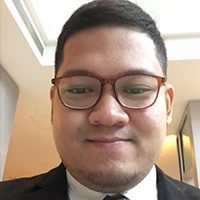 Last January, I wrote about my father’s life, his dreams, and how he and my mother were simple barbecue vendors, in honor of him and the grief I felt during our first Christmas without him.

Now, on Father’s Day, I can’t help rekindle my time with him. In this simple eulogy I wrote a year ago, I hope I can honor his memory.

I can still remember the times we spent when I was a kid. He taught me how to ride a bike, take pictures, solve math, and even to write profoundly. He would always read to me before I slept: The immortal words of poets like Keller, Kilmer, and Dickinson would bring me to sleep. (READ: Bonding with your kids through reading)

My dad was a quiet man. He rarely said what he felt. But when I was a kid, not a day would pass without him giving me a hug. He would always comment that one day I’d be too big too hug and that was why he’d never stop hugging. He would hold me tight, but not too tight since he had suffered from strokes.

My father would suffer 5 strokes in his lifetime. But he’d come out strong. He was never paralyzed in a way that he’d be bedridden. He would walk around and do housework. He wasn’t strong enough to have an 8-5 job so he remained at home.

But he never failed to pick me up from school or bring me to Quiapo and other places I wanted to go to. I’m glad that we managed to go to Baguio, the place we always said we’d go to, before he passed.

‘Faith healed him of his troubles’

He was a journalist, a reader, and a man of God. He never stopped reading, especially the word of the Lord. He was a Christian and his faith healed him of his troubles. He would show me his pictures from his journalist days and I was inspired to take pictures and write. He never stopped supporting me and bringing me to the Faith.

My father had so many dreams. He wanted to become a veterinarian. He cried when our dog died. He wanted to know so much and he never stopped searching for the answers on the internet.

He wanted me and my brother to reach for our dreams since he didn’t have a chance to pursue his. I have never seen him so proud and smiled so wide at my college graduation.

My dad died from complications from diabetes and failed kidneys. We weren’t able to treat him because a bank manager of a major bank scammed us of all our hard-earned savings. My parents were simple barbecue vendors and in an instant, their 30 long years of hard work was stolen from them. My dad suffered because of this. He was in pain.

We asked the bank to help us with at least this but they had turned a blind eye and denied everything. We wanted to save my dad since we wanted more memories with him. These were his and my mom’s golden years and we had hoped to give them the life they wanted. And now the things that truly mattered were gone.

In memory of my father

I write this in memory of my father. He was a simple man who loved watching anime and Netflix. He was always opinionated and never backed down when we discussed the news. He loved animals and the advent of the internet. He was a man of God and he stayed true to his beliefs. He loved me and my brother and he was proud of our successes. Most importantly he truly, deeply loved my mother.

In losing someone who had been so close to you, especially a parent, you tend to remember the times you had taken for granted. That in moving through life, we often neglect those important to us, those who always pushed us to realize our dreams. But they will always be there. To those still lucky enough, I hope you appreciate your parents. You’ll never really know when they’d be gone. (READ: On Father’s Day, a letter to Tatay)

In the early hours of June 1, 2018, my father was reading the Bible and listening to hymns. At 3 am, my father asked my mother to bring him to the other room. They shared laughs and jokes that only they understood. In his final moments, I finally knew how much he loved my mother. He died hugging her, the one person he loved the most in the world. – Rappler.com

Gillian Reyes is currently working for the University of the Philippines-Diliman as as extension associate. He is also a registered librarian and hopes to build a library for children. He often writes stories for children.