[OPINION] The visa nightmare and Filipinos’ need for stronger passports

Jul 27, 2019 10:00 AM PHT
Bertrand Rodriguez Jr
Facebook Twitter Copy URL
Copied
What’s the use of having 4 Miss Universe crowns when Filipinos cannot even freely explore the world we live in? 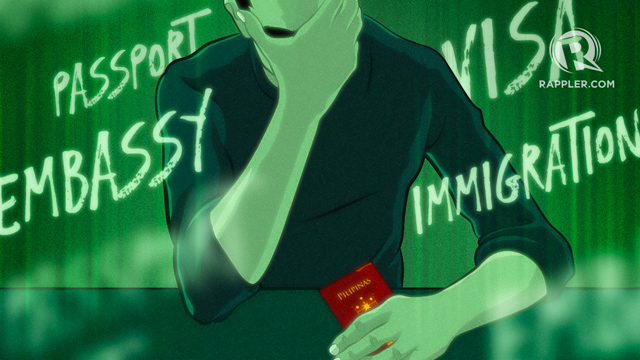 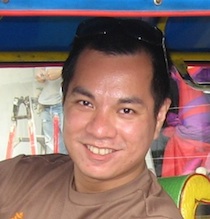 I am fully aware that there are other more pressing issues our government has to focus on and resolve than the passport issue. Grinding poverty. Human trafficking. Graft and corruption. Environmental degradation. Peace and stability. Advocacies of our beauty queens. These are persistent issues that would take more than a generation to fix, so as callous as it may sound, I would just want to go on a holiday for now.

I’m sure that there are still many of us out there who – after paying our hard-earned taxes hoping that they would be used wisely, only to be squandered by our lawless lawmakers in the end – would want to indulge ourselves in a bit of traveling outside the confines of our archipelago. In this regard, I personally would like to know whether our government, through its Department of Foreign Affairs (DFA), has any plans of making travel outside the Philippines easier and less stressful for any Filipino tourist.

The major hurdle for any Philippine passport holder is to secure a visa to any foreign country, and this is highly evident from all the legal documents he or she has to come up with before even going to the consulate or embassy for the customary interview or appearance. Even though the Philippine passport allows its bearer to enter as many as 64 countries and territories visa-free or visa-on-arrival, there are still many countries that remain out of reach for Filipino tourists if they do not first obtain the essential consular visas to the countries they intend to visit.

In today’s world where privacy has become an overgrowing concern, Juan has to unwillingly bare all and lose all – his privacy as a private individual and his dignity as a human being. Many of us who have had the experience of securing a visa to go to a foreign country can attest to how it could be cumbersome and downright demeaning to go through the process, especially when traveling to a first world country. We had to obtain a stack of documents ranging from a health certificate or proof of vaccination, to income tax and bank statements showing our financial assets and liabilities.

Some of us even had to literally cross oceans just to appear at a visa office, consulate, or embassy to share our biometric information and then be subjected to an interrogation, which could sometimes be humiliating. How long do you intend to stay? Do you have enough money? Do you have a credit card? What guarantee can you give me to prove that you’re coming back after your trip? These are some questions that every Filipino traveler has to master answering under close scrutiny, preferably with the poise and elegance of a Bb Pilipinas candidate. A slip-up or an unraveling of nerves during this interview could spell the difference between going home empty-handed and winning the highly coveted visa. (READ: I was a denied a U.S. visa, and it’s very personal)

I have been lucky enough to have valid American and Schengen visas in my passport. Having those two visas has allowed me to travel to more countries than my own Philippine passport would allow me. For example, I have traveled to Georgia in the Caucasus using my US or Schengen visa, and I have easily applied online for e-visas (electronic visas) for the United Arab Emirates and Turkey. E-visas have been a tremendous convenience for many third world passport holders as securing them is cheaper and easier. You just need to complete a form online, pay the visa fee, and print the e-visa.

If it’s not entirely possible for our puny Philippine passports to be considered solely for entry to a foreign country, does our government have any plans of extending the list of countries that would allow us to secure an e-visa online, at the very least? For example, Azerbaijan, a neighboring country of Turkey, allows citizens of certain countries to apply and obtain an e-visa online. Citizens of Venezuela, with its collapsed economy and unstable political regime, can still enter the Schengen region visa-free and still enjoy the possession of having the 38th most powerful passport in the world. This allows them to enter 134 countries and territories without a visa or visa-upon-arrival, 70 countries more than the what Philippine passport holders are entitled to as of the moment. (READ: Why I’m proud of my Philippine passport)

I understand that it takes more than good and stable economics and effective bilateral relations for visa reciprocity to be extended to the Philippines. Is there any plan at least to increase the credibility of our Philippine passport in the foreseeable future? When tourists appear at the immigration counter in the airport of the country they’re visiting, they are mostly judged on what passport they are carrying.

Japan and Singapore have the most powerful passports in the world today. When Japanese tourists present themselves in front of the immigration counter, the immigration officer, without even uttering a word, quickly stamps their passports and let them through. The same cannot be said for Juan dela Cruz or Ursula Ortiz who has to go through another round of Q&A at the immigration counter. (READ: Japan has the world’s strongest passport, according to this index)

While it is true that having a more powerful Philippine passport could be exploited by some Filipinos to enter and then reside to work illegally in a foreign country, the Philippine government must not use this as an excuse to collectively punish all Filipinos, while allowing their own relatives to enjoy the advantages of diplomatic passports.

What’s the use of having 4 Miss Universe crowns when Filipinos cannot even freely explore the world we live in? We need to have a more powerful passport so that Juan dela Cruz does not have to lose his privacy and for Ursula Ortiz not to lose face for not having enough money whenever they want to travel.  – Rappler.com

Bertrand Rodriguez, Jr considers himself a millennial at heart but Generation X by blood. Follow him on his Twitter and Instagram accounts @bertrandjr to know more.