[OPINION] I’m an aspiring mental health professional, but sometimes I need help too 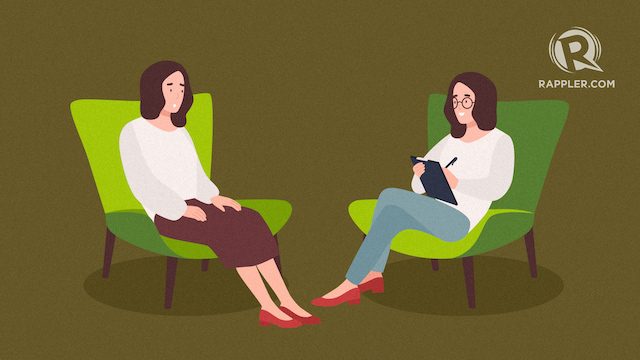 Facebook Twitter Copy URL
Copied
Mental health professional Eric Beeson states, 'We’re all a few life experiences away from a major mental health crisis whether we like to admit it or not' I’m on both sides of suicide prevention. I mean that on one side, I’m working towards becoming a mental health professional. In working for a mental health research project, I’ve gotten involved in conducting suicide prevention seminars. Suicide prevention is something I’ve written about a number of times, too; earlier this year, I wrote about the discourse on suicide in a less personal manner, but I’ve also laid my heart out writing about how a then-favorite book glamorized suicide. I’ve been on the other end of a conversation where a friend knows that they’re not alright, coping with half-meant jokes about suicide all the while.

But it turns out that 5 years of treatment for Generalized Anxiety and Major Depression, participation in suicide prevention lectures, and pages of deep-dives on the matter do not make you immune to relapse. Sometimes, I’m the friend calling for help – trying not to seem needy, aware that I’ll look back on our conversation, cringing at my convoluted ways of thinking and feeling.

At times, it’s insidious. You could be focused on other things you’ve deemed more important than getting enough sleep or taking your meds. Before you know it, you’ve spiraled into a panic attack in public. Other times, there’s a trigger – a big presentation or a breakup or a backhanded compliment, to name a few examples – that derails you for weeks on end, taking up ungodly amounts of time that should’ve been spent on rest and recuperation. During these times, I feel like I need help myself.

In her article on passive suicidal ideation on The Outline, Anna Borges likens her experience to treading the ocean’s waters: “Some days are unremarkable, floating under clear skies and smooth waters; other days are tumultuous storms you don’t know you’ll survive, but you’re always, always in the ocean.”

What stuck with me, other than the immense relief in someone so deftly articulating what I’ve felt for so long, was the point that suicidality can be seen as a continuum. Mental well-being isn’t just the simple presence or absence of a check mark beside glaring red flags such as “Have you thought of killing yourself?” or “Have you been thinking about death in the past weeks?” In the aforementioned article, mental health professional Eric Beeson states, “We’re all a few life experiences away from a major mental health crisis whether we like to admit it or not.”

And I’m one of the luckier ones in terms of accessing mental healthcare in the Philippines—it’s frustrating that access to help is gated by privilege. On more than one occasion, I’ve had my eyes water up while reading our research participants’ stories. The financial cost of mental illness has led them to compromise their careers and living expenses. (READ: PODCAST: Battling depression and anxiety)

Seeking help can feel labyrinthine even among the middle to upper classes. The onus is on the individual to seek help where leads to it are scarce: Online posts “to save a life,” while well-meaning, are mostly a slew of suicide hotlines – some of which have been infamously hard to reach. There are about 600 psychiatrists in the entire Philippines, most of whom practice in Metro Manila.

But that doesn’t mean we can’t do anything; the point I want to make is that we can all do something about this. With the passage of our National Mental Health Law (RA 11036), we can expect mental health education to be integrated in school systems, leading to a more informed general public down the line – but that will take years. The role of the community in mental health is oft-overlooked, as mental health discourse is usually clinical in nature.

It isn’t just the prerogative of clinicians, psychologists, or mental health professionals, though; suicide prevention is everyone’s business. We do our part now by informing ourselves and others. For emergency situations, the Foundation for Advancing Wellness, Instruction and Talents, Inc. (AWIT) has concise resources in both English and Filipino. But that is neglecting the vast majority in the continuum that suicide prevention is concerned with: There are risk factors, and conversely, protective factors, outlined in a primer by the Suicide Prevention Resource Center.

I learned from both my psych classes and years in therapy how my distorted thinking was affecting the way I was feeling, and vice versa. Psychologists, counselors, and therapists equip you with better ways to cope with what you’re going through, and even those without diagnoses can go if they feel like they need the guidance.

Of course, it’s not just having the resources. You need to put in the work. On social media, self-care has warped into something cutesy or indulgent, but is in fact necessary for survival; taking care of others effectively necessitates that your own needs have been taken care of.

Most importantly, I’ve learned to understand my tells: crying spells, lack of sleep, and an inability to concentrate tell me that it’s getting bad again. It helps to know what rattles me so that I can plan accordingly, like overpreparation and a half tablet of Alprazolam before a big test.

The common element in both sides is empathy, something that isn’t methodically taught in psych classes, but cultivated in our relationships. Suicide prevention is very much relational; it’s an exercise in being perceptive with ourselves and towards those close to us. From self-care and insight, we can move towards being more understanding towards the struggles of others. Even simple affirmations may help validate otherwise hidden cries for help. It’s much better to openly express concern, rather than being vaguely aware of someone’s suicidal thoughts or tendencies then sweeping the situation under the rug.

I’ve since come to terms with the lack of distance between what I do and what I am; I’ve taken to intellectualizing my pain, as well as informing my career with firsthand experience (crying spells at work be damned). I’m still on meds and I’m certain I’ll have bad days again, but that doesn’t change how lucky I’ve been. My entire story, and my being able to tell it, is a function yet again of my privilege. I may not have a resolution that it will all be better 100% of the time, but what people need to hear is that it’s okay if it’s not, as long as you’re gentle to yourselves and those around you. – Rappler.com

Rissa Coronel is a freelance writer and researcher currently completing her graduate studies. She tries her best to maintain her advocacy for mental health through her organization, Silakbo PH. She was also featured in a Rappler podcast on battling depression and anxiety.