[OPINION] Why I don’t believe divorce will destroy a family Facebook Twitter Copy URL
Copied
They say, 'Divorce will destroy a family.' But is it not abuse and lack of respect for your partner and for marriage that destroy everyone in the family? 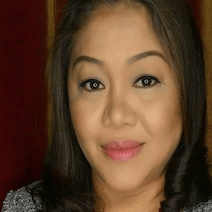 As Filipinos, we take pride in being a predominantly Catholic country, and the only one in the world that still bans divorce aside from the Vatican. But what would the Vatican, a city-state with an area of 44 hectares and a population of about 1,000 (of which at least 70% are clergy and 50% are not even citizens), need divorce for?

Divorce is no stranger to the Philippines. Pre-colonial Filipinos had a liberal attitude towards the termination of marriage. It was only from 1521 to 1898 that the Spanish Civil Code prohibited it. After that, we had divorce under American colonial rule, and even more grounds were allowed during the Japanese occupation in the ’40s. This prevailed until the Civil Code of the Philippines was passed in 1950, which restored Spanish colonial rules and Catholic mores regarding marriage and family. Since then, only Muslims have been allowed to continue practicing divorce.

They say, “Divorce will destroy a family.” But is it not abuse and lack of respect for your partner and for marriage that destroy everyone in the family? Is it more important to save the image of the family than to save the lives of everyone concerned? Isn’t it hypocrisy that a religion ruled by leaders who took a vow of celibacy, which many cannot even keep, should dictate that couples stay in hell for taking marriage vows?

I grew up in Catholic schools, so despite witnessing violence in the family, I believed that we should stay together. I was afraid that the future would be full of uncertainties if my parents separated. But when it happened, I was actually in a better situation. Life might have been more difficult financially, but I felt peace staying with my grandmother.

I promised a different kind of life for my future children. But when I married my college boyfriend during my senior year and had a baby shortly after graduation, things turned sour. I persevered. Not only because I loved my children, but because I also loved my husband enough to endure the kind of life he chose for us. I was afraid of raising 4 girls alone. I didn’t have a life. I just survived day after day. I got so used to the situation that I even thought I was happy just having the family together, until one day (23 years after we got married), he left without giving a clue that he was never coming back. He left me with 3 daughters in college and one in first grade.

It took almost 7 years for me to find out what happened. Our former friend and neighbor called to say my husband was the father of his wife’s (my friend’s) 3rd child. His wife and my husband had been having an affair for 11 years.

In December 2017, during the child’s 5th birthday, both dads (biological, my husband, and legal, my friend) were present in the same house for the celebration, and after that the truth could no longer be hidden. My friend had long sensed what was going on, but like me, he also chose to hold on for the family to stay together.

Now, is this the ideal image of a family? My friend has a new girlfriend, but cannot marry her. My husband has been hiding from us since 2012, and his mistress is still married to my friend, even though she and my husband aren’t giving each other up. And even if they do, I do not wish to have anything to do with a man who made a fool out of me all those years that I dedicated my life to him. After my mind was opened to possibilities, I was grateful that he walked out on us. (READ: Relationship status: Happy and pro-divorce)

So for Senate President Vicente Sotto III to say that divorce, when approved, should not allow the one filing for divorce to remarry, how would that be fair for the aggrieved party? And if a senator insists that divorce should be allowed only once in a lifetime, how would that be fair to well-intentioned people who may fall for the wrong person more than once? And for those senators who are allergic to the term divorce, what difference do the words “dissolution of marriage,” “annulment,” and “divorce” make when they all end a marriage legally and officially, and allow remarriage? (READ: Hontiveros: Divorce bill is ‘pro-family,’ ‘pro-children’)

We have senators who have remarried after annulment, one who has become a husband to an annulled woman, and a few who have family members who have been granted annulment. Sadly, many of us cannot afford it.

We, victims, are only seeking justice through the formality of ending a marriage which has long ceased to be.

Anti-divorce advocates fear that marriage “will then become trial-and-error until the so-called perfect partner is found” and that “till death do us part” will just become a meaningless phrase. Who on earth would want to spend for a wedding (no matter how simple) and take sacred vows for a lifetime commitment if they knew it would not last?

People marry the person they thought they knew. Sadly, there is much more that is revealed about them after the wedding. Even long years of engagement or live-in arrangements cannot always guarantee anything. It is that commitment and respect (including for one’s self) which are often abandoned or forgotten by at least one of the parties that will eat up everything.

Is the ideal image of a physically intact “partnership” to be given more importance over a safe and sane parent who can take care of children even without the other parent? If nobody can offer a better option, they better accept the reality and respect the decision of people who are not as lucky as they are.

If a mom commits suicide or resorts to killing her abusive husband, can these bigots protect this woman’s children better than she could have, if she just had the chance to save herself?

If they had survived the same ordeal before, may they remember that not all people have the same level of strength or are getting the same kind of support. If they have not been in the same situation ever before, then they are not in the position to deny those suffering from abuse the right to be totally free from the abuser.

Filipino values. Family values. But what do we really value? Life, safety, and sanity through divorce? Or that superficial image of a supposedly ideal marriage? – Rappler.com