[OPINION] War is a great teacher 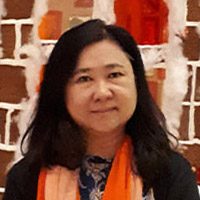 Arab Spring. Libyan civil war. NATO airstrikes. Deadly tribal clashes. How does a Filipino expat teach in such a backdrop?

Burdened by mounting financial woes, I packed my bags and flew to Libya on October 18, 2009. I was assigned to teach at the College of Arts (Kuliya A-Dab, in Arabic) in Sebha City, about 640 kilometers from the capital, Tripoli.

My first year in this North African country was actually better than I expected. Libyans are wonderful people. Friendly, hospitable, passionate. Amid the beige-colored terrain, authentic shawarma, and the welcoming locals, I felt at home. I taught various English subjects to college kids. As a reward, my comatose bank account started showing some signs of life.

But then, war came. February 17, 2011 to be exact. It was a domino effect of the Arab Spring that started in Tunisia. Authoritarian leaders, well-entrenched in the corridors of power, fell one by one. Libya was seething in conflict.

Things changed drastically for me and my students.

With most foreign teachers gone, many classes had been left teacher-less. I, with some other teachers, stayed to salvage whatever could be salvaged in the semester. Connected to our students by mobile phones, we would alert each other whenever there was a gunfight or a bombing. When the fighting subsided, teachers would cautiously go back to the college and teach whoever was there. And a handful would always be there.

As a college teacher, I knew the sentiments of the Libyan youth. I could feel the simmering tension. Classes were polarized by opposing political beliefs. Friendships had been severed. Teachers were aware of the raw nerves and cooled down arguments right away before they turned nasty. Or deadly. In a place where guns are as ubiquitous as the sand, the last thing we wanted were  heated, emotional  debates.

War dramatically changed  my students’ lives. I had witnessed how carefree teenagers became socially involved citizens. I had seen how weak girls turned  into  tough orphans. Before my eyes, timid boys transformed into fearless warriors, brandishing armalites and guns. Empty classroom seats, which before the war I dismissed as bouts of illness or laziness, now worried me no end. Has Khalid gone to the battlefield? Or has Mariam been caught in the cross fire?

These young men and women were a part of my decision to stay. A teacher cannot not love her students even if they are not related by race and religion. They always form a special bond and hard times make that bond stronger. Even now, after almost a decade, my heart still aches for the boys who went to war and never came back.

Sometime in May of 2011, I was conducting an exam in Transformational Generative Grammar (TGG).

It was a class of about 25 and majority were teenage girls. About 10 minutes into the exam, a gunfight erupted about 5 kilometers away. We could hear the distant, muffled shots. After a few more minutes, the shots got louder. We realized that it was a running gunbattle and it was moving towards us.

My students all stubbornly continued with the exam. The gun battle was still raging on, and it was getting fiercer and closer. The glass panels of our windows started clattering and I was worried they would shatter anytime. The ground beneath our feet trembled. The air reeked of smoke and gunpowder.

A girl looked up at me and flashed a naughty smile: “You will die with us.”

I gave off a nervous laugh: “So be it.” For almost an hour, the class ignored  impending injury and death. They only left after completely finishing the test. These young, pampered  Libyan girls – with veiled heads and henna-tattooed hands – answered each question with laser-like focus and composure. I watched them in awe. It was a privilege of a lifetime to witness such courage. It was, and still is, my proudest moment as a teacher.

I bid goodbye to this beautiful country on August 12, 2012. My stint as an expat teacher in Libya was both inspiring and heartbreaking, challenging, and transformative. War is ugly, but it taught me beautiful things: courage, resilience, humility, compassion, and survival.

Indeed, war is a great teacher. And the lessons stay with you for a lifetime. – Rappler.com

Marily Sasota Gayeta is currently an English lecturer at Salalah College of Technology in Oman. She has been an overseas Filipino worker for 9 years. Marily finds delight in solitude, rock music, action movies, and non-fiction books. She is from Pilar, Bataan.