[OPINION] P.U.P. deserves to be a national polytechnic university, but not with this bill 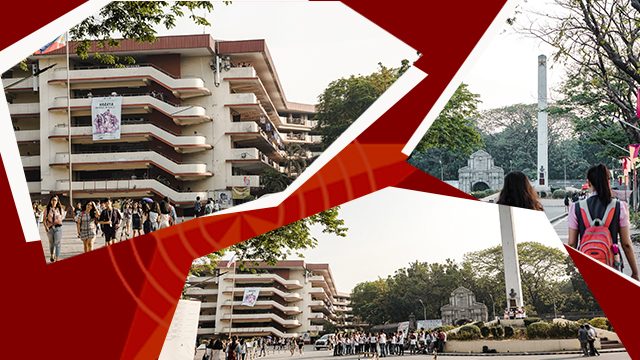 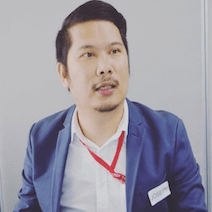 While PUP deserves the designation as the country’s national polytechnic university by the State because of its long years of excellence and achievements in democratizing quality education, especially for the marginalized sector, the bill, however, seems to be haphazardly drafted in the absence of a truly democratic public hearing and consultation with all stakeholders and/or interested parties.

Likewise, there are some legal defects and apparent ambiguities that may be questioned in the future, as well as provisions serving the personal interests of incumbent officials.

Thus, the bill is counterproductive, anti-education, anti-alumni, anti-students, and anti-science.

No Board of Regents resolution on the amendments

Considering the extensive effects of the Charter amendments on PUP, it is very unlikely that the Board of Regents (BOR) was excluded from the discussions and preparations of the proposed amendments. Moreover, the BOR of the University did not conduct a thorough study on the specific provisions.

The greatest blunder is the absence of a Board Resolution regarding the Charter amendments, which shall enumerate the provisions to be retained and those to be amended.

DOST representative removed as member of the Board

Notwithstanding PUP’s supposed thrust focusing on polytechnic areas, the proposed bill unceremoniously removed the Department of Science and Technology (DOST) representative from the list of members of the BOR.

The academic thrust of PUP is science and technology, and the academic sector compliments this vision of the University.

Based on RA 8292, a DOST representative shall be a part of the Board; thereby, DOST’s role as a member of the Board cannot be undermined. This mandate has slipped the minds of our good lawmakers.

Automatic 6-year extension of term of the incumbent University President

The bill, which states the incumbent president shall become the first president of the University upon its effectivity, is essentially a term extension of the incumbent PUP president, whose second term will expire in March 2020 and who is disqualified for another term.

Section 6 of RA 8292 states that the president shall only have a term of four (4) years and shall be eligible for reappointment for another term. Apparently, the Senate Bill No. 2124 as lobbied by the incumbent University President is a way by which the term limit set forth in RA 8292 may be legislatively circumvented.

Understandably, the provision on automatic election/appointment of the incumbent president as first president of PUP as a national polytechnic university violates the spirit of RA 8292.

With the proposed amendment, the incumbent president’s performance, honesty, and integrity will no longer be subjected to the rigorous evaluation of a search committee or the BOR. Hence, the bill legislates the appointment and selection of the university president contrary to the spirit and substance of RA 8292, and the democratic processes in electing a university president will lead to naught.

The poorly-researched claim, which says that PUP is the country’s first polytechnic university, is something open to historical contestations.

It should be mentioned that PUP was originally established as a business school in 1904 and was known as the Philippine College of Commerce. It was only in 1978 through Presidential Decree 1341 signed by then-President Ferdinand E. Marcos that the university was converted into a polytechnic university.

The proposed amendment gives overarching power to PUP to absorb non-chartered higher education institutions (HEIs). The amendment particularly states that the PUP BOR shall have the power to absorb non-chartered tertiary institutions within its respective provinces. This provision is highly questionable as it grants power to the Board not otherwise enjoyed by other national agencies such as the Commission on Higher Education (CHED).

The University officials, who lobbied for the bill in the House of Representatives and the Senate, did not conduct any public hearing or consultation with students, alumni, faculty members, administrative employees, and any other stakeholders, which is crucial in the process. (READ: Are PUP students’ rights under attack?)

For example, some fees that may directly affect the students should have been consulted at the very least through a truly democratic public hearing. However, the students were not involved in crafting the bill.

Likewise, the Alumni Federation of the University was not given the opportunity to thoroughly study the bill. The Federation, along with 33 alumni associations under its wing, was never invited to any public hearing or consultation. The bill directly affects the Federation, especially the appointment of the alumni representative to the BOR of the University.

Such a case reflects a defective process, notwithstanding the fact that a majority of the bill’s provisions may directly or indirectly affect the stakeholders.

PUP has more than 20 satellite campuses all over Luzon, but local government units (LGUs) where these campuses are situated were also ignored in the bill-making process.

PUP has SUC Level 2 status only

Other SUCs were also not invited to convey their comments, objections, and reactions about the bill. Objectively, SUCs may also react because of PUP’s downgraded status from Level IV to Level II during the first term of PUP President Emanuel de Guzman covering the period 2012-2016.

Most degree programs of the university lack the Certificate of Program Compliance (COPC). Also, the university does not have a single academic program recognized as a Center of Excellence or Center of Development by CHED. Thus, given these conditions, elevating PUP’s status to a national polytechnic university in comparison with other SUCs may not sit well with several public HEIs.

Although at the onset, our personal temperament would point to a biased opinion that PUP deserves the national polytechnic university status, we still would like the university to have the said status without any doubts or ill reactions from its peers. Surely, we do not want the university where we dedicated our prime years and youth to be a laughing stock of other SUCs in the country. We want the recognition to be a product of objectivity, sound judgment, and professional competence.

Other non-chartered tertiary institutions were not also consulted considering the prodigious power of the PUP BOR to absorb these institutions within its respective provinces.

Further, no public hearing or consultation was registered or recorded involving stakeholders such as parents, industry partners, professional organizations, regulating bodies, e.g., Professional Regulatory Commission (PRC), and accrediting institutions and organizations, e.g., Accrediting Agency for Chartered Colleges and Universities of the Philippines (AACCUP), Association of Local Colleges and Universities Commission on Accreditation (ALCUCOA), and the like.

As argued earlier, we don’t disagree with the entire bill, but we are very cautious about certain provisions that we think were abused by the incumbent PUP officials who speak sweet words to serve their own ends.

We want our University to have the fiscal and academic autonomy that the proposed amendment primarily champions; but we do not want PUP to be labeled as a university that railroaded a bill by politicking and maneuvering. We would like the university to have the recognition it so rightfully deserves because of its history of excellence and integrity, without any cloud of doubt that may be cast later by other SUCs or other interest groups. (READ: LIST: What are the top 10 schools for employers?)

The 3-billion automatic budget allocation is also guaranteed for PUP, for this has probably long been an aspiration of men and women in the university. However, the fiscal performance of the present administration shall also be investigated considering the underutilization of fund and other related issues as per Commission on Audit (COA) report from 2012-2017.

PUP truly deserves the national polytechnic university status. We have a pool of the brightest students in the country as well as dedicated teaching staff; but we need to reassess our real situation and improve our processes and the management of the university.

We need better officials who can lead us to the pedestal of unquestionable national polytechnic university status.

For the Sintang Paaralan, I remain! – Rappler.com

Joseph Masangkay Lardizabal taught in PUP for 12 years under the College of Business Administration and also served as university official. He is now the president of the Human Resource Educators’ Association of the Philippines, Inc.