[OPINION] The secret side of Carlos Celdran 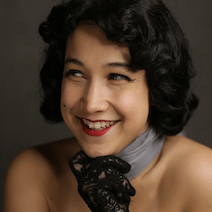 Everyone thought they knew Carlos Celdran. He was good at making you feel at home, making you feel like a friend, like you were in on a secret. That was the core of his charm. He made everyone feel like they were getting to see the secret side of Carlos, the way he showed you the secret side of Manila – or of Imelda. That was his gift. But if you knew Carlos, you would know him as a deeply frustrating man. (READ: Carlos Celdran dies at 46)

I met him when I was a kid, I was outspoken, spunky, sheltered, and stupid. And in Carlos, I saw a kindred spirit. He was just finding his footing as a “tour guy.” He was still calling for tours on the steps of the Manila Cathedral. There were 8 of us on the first tour and at the end of it, he called for questions. I had just had my little mind blown and all I wanted to know was, “How to b u, po?”

I started working for him when I was 19. I never stopped. In the decade that I knew him, I was always his “intern.” I would follow after him, researching updates to the tour, reading the books that bored him – doing, basically, whatever he asked of me.

As I graduated and started my own career as a writer and historian, I could never say no to him. I would show up for ridiculous requests. Once, when he found a plastic bag full of kittens, he called me. I spent the night trying to keep them alive and cried with him when we failed to save them. I went with him to events and brought my college friends to his off-Broadway play when I was living in the States.

Every time I came back to Manila, I was at his house, or prowling with him around Malate looking for hidden treasures. He would point out art deco gems in the slums of Binondo or the bones of the graceful old mansions of Malate that were abandoned after the war and turned into sad karaoke bars with 40-peso beers. I went to events and plays and parties with him. He knew the who’s who of Manila society and the names of all the tricycle drivers in Intramuros. I think a lot of us who knew Carlos felt that, in a way, we had to share him with his audience. I think all passionate people are like that. To a certain degree they don’t belong to the people they love, because they belong to their cause. And Carlos’ betrayed him. (READ: Carlos Celdran: Activist, performance artist)

I watched it betray him again and again. When DMCI was allowed to make its monstrosity. When the Church got pikon (thin-skinned) and then “forgave” him when the tide of popular opinion turned, but didn’t stick up for him in the face of the Duterte regime. I was there to defend him when people would say he was doing things for publicity. They never saw how he worked for Manila, and he didn’t care to show them – to him, doing the thing was more important than seeming to do the thing.

Just tell them, Carlos, we would say. Just show them what it takes to do this. And he would say no, because he was not supposed to be the story. Manila was. Or The Biennale was the story. Or the message was the story. And a society used to headline grabbers and politicians labeled it disingenuous, called him “abrasive,” and disagreed with his methods.

He was frustrating because he kept giving. Even when he was at his lowest, when he was reaching into his pockets for coins to buy dinner, he was pooling money together to help street children keep a slide, working out loan programs for kalesa drivers, and trying to figure out his next project to bring people to Intramuros. His vision of Manila was a special place that no one else could see but him. And in the interest of that dream, he kept taking the punishment and popping right back up, bruised and worn, but ready for the next battle. He gave his all every time and never held anything back for himself, because he was not the story.

The secret of Carlos is that there wasn’t really a secret. He was really that passionate; he did really think about Manila that way. He did really turn David Beckham’s people away because they asked him for a discount and he felt that they were discounting Manila. He did really care that much, about everything. And that did make him a drama queen and a stubborn motherf*cker. He did do all the things he seemed to. He rubbed people the wrong way because he showed them the struggle of being a visionary in a place that has become too cynical for dreamers. It’s not a pleasant story, or a good one. It’s messy and hard and gritty – and he refused to smile and pretend that it was easy. He was so frustrating because he left behind this legacy that is too pure and too beautiful to ignore, and now I am left asking the same question I was asking at 19: How do I be you, Carlos? How do I continue your work when I don’t have your spirit or strength?

I guess I spend my life figuring out the answer. – Rappler.com

Sabrina Schnabel hosts a podcast on Philippine history called “What AP: Araling Panlipunan Rebooted.” She is a comedian, a historian, and a proud member of the Slytherin House.

To honor Carlos Celdran’s legacy and celebrate his life, the Intramuros Administration, organization VivaManila, and creative hub Puesto Manila are holding one last Walk this Way tour on October 19.