[OPINION] A teacher’s thoughts on Raffy Tulfo, discipline, and punishment Facebook Twitter Copy URL
Copied
If discipline is an expected outcome of education, then how ought teachers instill discipline? Do parents have a say on how teachers should manage their classrooms? 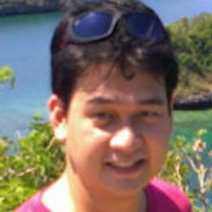 Another recent episode of Raffy Tulfo in Action has gone viral. In this episode, the grandmother and parents of an elementary school student reached out to Raffy Tulfo to complain about alleged child abuse committed by a teacher. According to the complainants, the teacher allegedly subjected the child to corporal punishment and public humiliation on different occasions.

Tulfo’s team facilitated a phone conversation between the complainants and the teacher, during which the teacher apologized for the said actions. Eventually, Tulfo offered the teacher two choices: to bring the complaint to court, or to give up her teaching career and lose her license. The teacher chose the latter. A Facebook post from a certain lawyer reveals that both sides have met and have settled the conflict privately.

Many netizens have expressed their sentiments over the issue, which are largely sympathetic to the teacher. There are those who castigated Tulfo because the teacher was seemingly subjected to trial by publicity and the production team had set aside due process. Others even posted about similar experiences they had while in school and claimed to have learned from or enjoyed such experiences. Some used the occasion to highlight the sad state of the justice system in the Philippines while branding the whole spectacle as “Tulfo justice.” (READ: Policy reforms pushed to address ‘teacher-shaming’ after Tulfo episode)

Schools serve as second home to students while teachers serve as their second parents. This is the reason why educational institutions act “in loco parentis” (in the place of a parent). Teachers and administrators take on some functions and responsibilities of the parents when children are in school. This reinforces the lesson the African proverb “It takes a village to raise a child” wishes to convey. In other words, it is not the sole responsibility of the parents to cultivate the child to become a good citizen, but the community’s responsibility.

As part of the community, the philosopher John Dewey argues that the school has a responsibility to educate students so that they may become good citizens. Accordingly, teachers are not only expected to transmit knowledge and sharpen skills but also to build the character and strengthen the moral compass of their students. (READ: [OPINION] A teacher’s voice)

This, of course, raises important questions regarding the aims of education as well as the extent and limits of educational institutions in disciplining a child.

Although proven to be ineffective on multiple occasions, parents and teachers unwittingly practice the basic tenets of behaviorism – reinforce good behavior through rewards and eradicate bad behavior through punishments. In schools, when students display discipline and good study habits, they are often rewarded with commendations and high grades. When they fail to follow school rules or score low in examinations, they are scolded or, worse, subjected to various forms of corporal punishment.

Filipino culture expects that if a child is educated, the child will turn out to be disciplined. Many schoolchildren have experienced being asked by adults, “Iyan ba ang natututunan mo sa eskwelahan?” (Is that what you learn from school?) during a reprimand. Evidently, parents regard instilling discipline as one of the aims of education. This may be true since schools of thought in education such as theistic realism, romantic naturalism, and progressivism, among others, highlight the importance of values education in schools. Unfortunately, it is an oft-forgotten fact that values education begins at home. (READ: WATCH: Why do teachers teach?)

If discipline is an expected outcome of education, then how ought teachers instill discipline? If teachers act in loco parentis and parents practice corporal punishment at home, is it acceptable for teachers to enact similar punishments in school? Is it right for parents to expect that their children are taught discipline in school if these children do not see the same discipline (or values) being practiced in their respective homes and communities? Do parents have a say on how teachers should manage their classrooms? Can sending children to school to be subjected to its rules and expectations be regarded as a form of punishment in itself? Can values be taught? (READ: Amid ‘teacher shaming,’ DepEd says PTAs proper forum to resolve conflicts)

The subject-matter of teaching discipline in schools is ripe with multitudes of questions that, unfortunately, deal with a lot of gray areas. Having children stand under the sun due to a wrongdoing may be labeled as child abuse, but having the same children stand under the sun to watch a parade, listen to a guest speaker, or practice for a field demonstration may just be brushed off as just another school activity. Making students memorize information so that they can pass their standardized exams is just normal while asking questions that go beyond the lecture to see if students can extrapolate from what they know is frowned upon because “it was not included in the lesson.”

Simply put, there is a great deal of work to do if discipline is expected to be learned in schools. The work, however, is not the teachers’ burden alone to bear.

It takes a village to raise a child

It is difficult to teach discipline if the child experiences cognitive dissonance. This means that if schools are expected to instill discipline in the child, then the practice of such discipline should also be present in their respective homes and communities. For this reason, the responsibility to educate does not rest on teachers alone but on all the members of the community.

To this end, there may be a lesson that can be learned from Philosophy for Children (P4C) regarding communities. P4C aims to build communities of inquiry and one of the essential elements to build a successful community is practicing respect. If all the members of the community of inquiry are respectful, then the inquiry of the community will prosper. Accordingly, if the members of the community practice mutual respect, then discipline in the community will thrive. Arguably, some say that respect is something that is earned. However, imagine a world where respect is something that is freely given. Wouldn’t it be a better world? – Rappler.com

Leander Penaso Marquez teaches Philosophy at the University of the Philippines Diliman. His research interests include epistemology, ethics, philosophy and education, philosophy for children, and philosophy and popular culture.