Facebook Twitter Copy URL
Copied
'When we Filipinos mask our skin with filters, it is our national identity that we abandon' 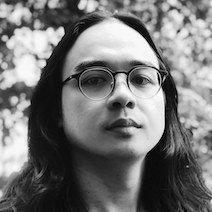 Recently, two of the leading smartphone brands, Samsung and Apple, released their flagship phones: the iPhone 11 Pro Max and the Samsung Note 10+. Both phones boast top-of-the-line camera specs, the most powerful specs smartphone cameras could have.

Given the possibility of today’s camera technology, these specs have become the market’s major consideration when buying a new phone. Affected by the mobile photography trend, people, especially the youth, demand higher megapixels, clearer and sharper images, true tone color, and wider apertures. Photography, a once specialized field, is now part of our everyday culture.

The Filipino youth is a rife market for these megapixel-heavy smartphones. (I am, by WHO standards, still a youth, by the way.) This may come from our interest in taking photographs of landscapes, people, and of course ourselves. Oxford Dictionary defines selfie as “a photograph that one has taken of oneself, typically one taken with a smartphone or webcam and shared via social media.” Filipinos take lots of them, which is why, in 2014, TIME Magazine named the Philippines as the “Selfie Capital of the World.”

Since photography and the (art of the) selfie have become a growing practice, the industry of mobile applications related to photography have also grown – there are now subscription-based content-creation apps. Some of the most popular mobile photo editing apps today are VSCo, Adobe Lightroom, and Snapseed. With these applications, users can enhance the overall quality of their photos by adjusting exposure, contrast, sharpness, color, and other enhancements through the use of filters.

There are also apps specializing in face enhancement. Facetune, having more than one million paying subscribers, is one of the most popular mobile applications. The app allows users to edit their photos similar to other apps, but it may also whiten teeth, remove blemishes, smoothen skin, and make skin glow.

Another application that has become popular in 2019 is an AI editor named FaceApp. Like Facetune, FaceApp allows users to edit their photos by “beautifying” it through the use of the tools available. However, this is a more advanced kind of editing because, as stated by the founder and CEO Yaroslav Goncharov in Tech Crunch: “We developed a new technology that uses neural networks to modify a face on any photo while keeping it photorealistic. For example, it can add a smile, change gender and age, or just make you more attractive.” What makes it different from other popular editing apps is its deep learning technology, altering the photo itself instead of merely applying a filter. (READ: FAST FACTS: FaceApp data privacy concerns)

As I write this article, I keep checking my feed. A former student of mine posted her selfie. She has blue eyes, blonde hair, fair skin, and a sharp nose – at least, in the photo. If only for her handle, there’s no way I would’ve recognized her. There’s another photo posted by my friend. He posted a selfie with his dog. His skin looks immaculate, like an ivory church icon. Blemish-free. But the poor dog beside him also lost all the details of his long glorious fur, affected by #TooMuchFilter.

New media plays a big factor in the development of one’s identity, as mentioned by Eugenia Siapera. Or, perhaps, this may be the most influential identity shaper today since we interact with our phones or other forms of technology more than we interact with our reality. We begin to develop new identities as nurtured for and by social media.

Mobile photo editing apps enhance the photograph, particularly the skin color and facial features of the users. Our constant exposure to these images may eventually lead to the development of colonial mentality or deepen it, especially for a country that has been under colonial rule for centuries. As the Slovenian philosopher Slavoj Žižek claims, every product is a form of advertising, not of the product itself, but of an ideology. With this, it could be argued that the mobile photo editing app is not the product itself, but a form of advertisement to sell a colonial ideology.

By allowing the users to experience how it is like to look like the colonizers, it instills a larger aspiration to become like them. Frantz Fanon, in his book The Wretched of the Earth, argues that a person begins to feel alienated from his environment or country as a result of colonization. This reflects the Philippine experience wherein the standards of Filipinos are now similar to the standards of the West as an effect of their centuries-long colonization. And this perception continues today as affected by the ideological messaging produced by the media.

On December 30, we will commemorate the life and works of the OG national hero Jose Rizal. His loaded works and social critique remain relevant even after a century. In Noli Me Tangere, Doña Victorina uses too much facial powder in her attempt to climb up the social ladder. She represents all Filipinos wanting to alter their skin color. The act of alteration, an act of masking a la Jabbawockeez or V or Tokyo or Arthur Fleck or Lastikman or Gagamboy, however, means transforming one’s identity. When we Filipinos mask our skin with filters, it is our national identity that we abandon.

A nation, according to Benedict Anderson in his iconic Imagined Communities, is a socially constructed community, imagined by the people who perceive themselves as part of that group. We imagine ourselves to be part of the group even though we are fragmented and do not know each other, which makes us have a sense of belongingness.

Mobile photo editing apps empower us to feel a kinship with the people that we look alike. If so, it may be possible that one lives in a different country, but once that person in that nation imagines himself to be part of a distant nation, then he becomes part of it. After all, the face is already the same, at least through the app. It is not that nation’s choice to colonize, but the choice of the colonized people. They are the ones who qualify themselves to be part of that nation, especially in cultural imperialism. (READ: Stop colorism: Panawagan ng isang babaeng kayumanggi)

I remember a friend of mine using an editing app that transformed his selfie into an English-looking man, like David Beckham. With his eyes still glistening, he said that if only he were not Filipino, he would’ve looked so much better. He kept showing us his photograph while he narrated how he would walk the streets of Europe with that face. Oh, well, sorry, mate.

Fanon mentions that inferiority complex buried local culture. If this is the case, can Filipinos still find our national identity, or has it already been altered due to cultural imperialism? National identity or Filipino identity is still in question. But it is quite easy to observe when the Filipino youth are beginning to lose it even before they find it. In 2020, my hope is to see the Filipino youth proudly taking selfies of their Filipino-ness with no filter and making it a trend, eventually leading to the development of our national identity. – Rappler.com

Jose P. Mojica, MA, teaches communication and media at the University of Santo Tomas Faculty of Arts and Letters under the Department of Communication and Media Studies. He is a resident fellow of the UST Center for Creative Writing and Literary Studies.