[OPINION] To improve the Philippines, Filipinos should have something to live for Facebook Twitter Copy URL
Copied
Do you have any intention or ambition to contribute to the country? 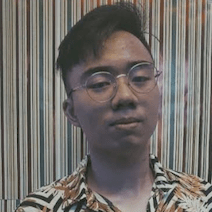 In a study conducted by Prim Paypon, the founder of a philanthropic, volunteer-based organization named The Dream Project PH, a total of 614 Filipino teenagers from different socioeconomic classes were asked if they had a dream in life. Much to Paypon’s dismay, he found that 7 out of 10 members in the sample replied that they had no dream, and that they hadn’t discovered and understood their responsibilities yet.

Additionally, he found that the reasons for this worrisome phenomenon are discouraging words from other people, lack of self-esteem, lack of passion, lack of opportunity, and lastly, poverty. (READ: [ANALYSIS] How well are we measuring PH poverty?)

In a severely problematic nation such as the Philippines – where its sovereignty receives the silent treatment, its compliance to human rights is thrown out the window, and its bright future is constantly threatened by untrustworthy officials – unmotivated citizens will prolong and amplify such problems by creating new generations that have no intention or ambition to contribute to the country.

Responsibility is what drives a person to crave a productive life. It gives someone a sense of duty that allows them to explore themselves as well as their limits. Jordan Peterson, a clinical psychologist and professor at the University of Toronto, provides an excellent summary to this when he said that when we leave out responsibility, we leave out the meaning of life.

“Pick something up and carry it. Make it heavy enough so that you can think, ‘Useless as I am, at least I can move that from there to there,'” Peterson added.

What this implies is that a well-understood responsibility can give any person something to live for. More importantly, when people know their goals and are wholly dedicated in pursuing them with the intention of helping others, we create a web of continuous development that can build the Philippines into something it should have been a long time ago.

The Philippines’ poor are constantly faced with surrounding social structures that preclude them from discovering their ambitions and their responsibilities. The first thing that should be accomplished by the government is heavy investment in upgrading public educational facilities as well as adding more of them. This will ensure that students will always receive quality education, and through this, they can discover their own dreams. (READ: Philippines ranks among lowest in reading, math, and science in 2018 study)

The Philippines is a problematic country that demands plenty of solutions, and to resolve this, people must be fully equipped with a sense of responsibility that aims to serve themselves, their loved ones, and society. – Rappler.com

Addison Fadrigo is a 12th grade student interested in academic writing, economics, as well as video game development. He is currently pursuing a career in the local video game industry with the goal of making a successful indie game.