[OPINION] Hate and xenophobia have no place in the coronavirus outbreak 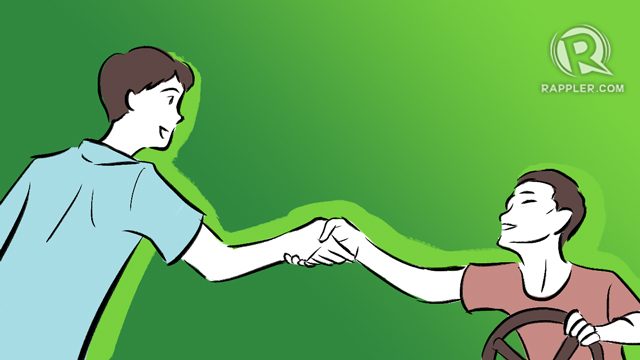 It is not difficult to find hurtful words from different people online who are unable to separate their fears about the 2019 novel coronavirus outbreak from their xenophobic and hateful feelings towards Chinese.

This doesn’t surprise me anymore because even before the news about the epidemic broke, there were already stories and news about the conduct and behavior of Chinese tourists in the country circulated all over social media platforms. Ugly slurs and comments about how the Chinese prepare their food or what kind of food they eat are pretty much everywhere. An example of this is the widespread news that bat soup is one of the most popular dishes in the country, particularly in Wuhan – the center of the 2019-nCov outbreak. (READ: WHO declares international emergency over novel coronavirus)

For someone like me who has lived in Wuhan for more than 4 years, it is difficult to accept the misinformed stories that led to the hateful comments against majority of the Chinese population. I can’t even imagine myself at the receiving end of this unmistakable discrimination and racism.

Living in Wuhan gave me a different insight into what kind of people the Chinese are towards other citizens like me. I can better illustrate this through a story.

One rainy night when I was walking to the nearest bus stop from a fun party, I noticed that my wallet, along with some cash, IDs, and bank cards, was gone. I couldn’t even open my phone because it had run out of battery, so e-payment was also not an option.

My place was over 25 kilometers away and it was already past 2 am. There was no public bus or subway I could ride either. I was already too tired to go back to the party venue and ask anyone to give me a ride back home. I told myself to try my luck and see if there was anyone out there willing to give me a ride.

I started walking until I spotted a green cab. I hailed the cab and talked to the driver about my situation. Without further questions, he let me in. “What a nice driver,” I silently told myself. It did not take long for him to notice that I was a foreigner.

During our trip, we exchanged stories. He shared how challenging life is for him in a thriving city like Wuhan. Just like other stories of perseverance and self-sacrifice, his story is also remarkable. He is supporting his two children who are both studying while also taking care of his ailing wife. He also told me how he decided to escape his poor life in a rural town and started to dream for his family. For my part, I shared how it is to live in the Philippines and how similar his inspiring stories were with those of some Filipino drivers.

The trip was about an hour long.

When I got off in front of my apartment, I asked him to wait for me while I got my money so I could pay him. He quickly refused. He said that he believed I was a good person even if we’d just met for the first time. I insisted and said that he needed the money for his family. He calmly smiled and said “I drive a taxi not just for my family. I also love my job because I love meeting people like you who are willing to listen to my story.” He humbly continued, “I obviously can’t afford to travel abroad but through your story, it is as if I have experienced life in a different country. And that feels really good.”

I was in complete awe after hearing those words from him. I did not realize the impact of genuinely listening and sharing stories until he uttered those inspiring words.

The only request the driver had was to take a selfie with me. Most Chinese people I’ve met love taking selfies with their international friends. Although I was embarrassed about my post-party appearance, I was happy to accommodate his request.

I shook his hands and said “Zai jian,” (roughly translated as “see you again” in Chinese) then went back to my room happy with an unforgettable memory.

The next day, I woke up to a call from the police station. Before I could fully comprehend what the police was saying, he mentioned that my missing wallet was at their station. He told me that a bus driver had found it and surrendered it to their office. “What a kind bus driver,” I told myself after the call.

It is just a pity that the city that brought me such wonderful memories is battling a serious epidemic. It is even more unfortunate to see that people from my country are spreading racist ideology with their ethnocentric-remarks, like how the Chinese are “uncivilized” and “dirty-eaters.”

I believe that we can rally against the actions and inactions of involved governments without being xenophobic towards any citizens. We can deliberately criticize those in power, those who handle the crisis, and those policies that are supposed to protect the people concerned without feeding into the anger against Chinese or other citizens.

If there is one thing I learned from my encounter with the cab driver in Wuhan, it is compassion. When things get hard for others, we don’t need to make the condition harder for them. Instead, we spread compassion to make the situation more bearable for everyone. – Rappler.com

Dr. Marshal Murillo is an associate professor of political science and public administration at the Ateneo de Naga University. He received his PhD in Public Administration from the Huazhong University of Science and Technology in Wuhan, China.