[OPINION] His ordeal is ours too: Thoughts on my father’s cancer 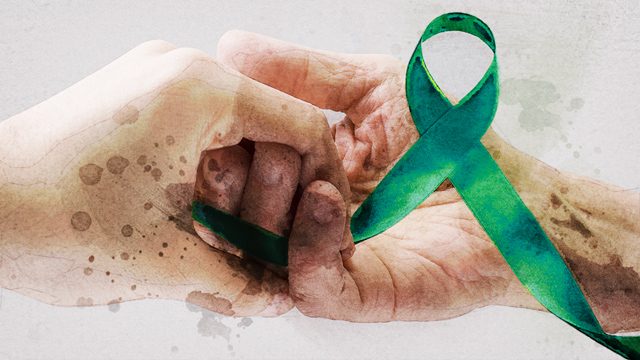 Facebook Twitter Copy URL
Copied
'When the first doctor told us that he had 6 months to live, we wouldn’t hear of it.... We never wasted time and sought all possible means for our father to survive.' The first thing I did when I heard about my father’s condition was pull out the weeds from our front yard. I needed that kind of distraction, even for just a quarter of an hour, to pull myself together. When I learned from my mom that dad had less than a year to live, I scrambled for normalcy; anything that I could hold on to and have control over. Cleaning the garden cleared my head for a bit, but I knew that the next hours, days, and months even, will never be the same.

One could never fully fathom the point of what was truly happening. For our family, the world seemed like it was falling into pieces and we were only holding onto things that we could deal with at least for that moment. The hard truth that our father had cancer ripped our core and diminished our will to live. We knew that liver cancer is one of the most aggressive forms of cancer. From day one since we found out, we would think about it every minute and couldn’t take it out of our heads. We were crippled; we almost felt like the living dead.

Our father was fully aware of his condition. Was it a good thing or a bad thing? We thought it was better that way than to deny it. But the truth was, we were more than willing to carry the burden than to let our father know the extent of his condition.

Weeks before the first scheduled treatment, we exhausted all means to ensure that dad would survive the ordeal unscathed. Armed with our father’s medical results, we consulted the best doctors for the second, third, fourth, up to ninth opinion to ensure that dad received proper treatment. Days were like hours and we felt like we were always running out of time. When the first doctor told us that he had 6 months to live, we wouldn’t hear of it. Who would want their father to live that short of a time? We never wasted time and sought all possible means for our father to survive.

We were fortunate that dad’s tumors were only concentrated in the liver and had not spread. Another doctor even said that the cancer cells were “well-behaved” and were not aggressive, which meant a higher chance of survival. Another doctor whose expertise was liver cancer gave us more hope when she said that it could be treated and that it was not as severe as we thought it was. Oh how relieved we were after almost a month of floating aimlessly!

On the day of the treatment, our father seemed to be taking it well. But all of us would rather carry the weight of his fear than for him to feel the pain that might aggravate his condition. The procedure was called tace or transcatheter arterial chemoembolization. It targeted the tumor and was safer than chemotheraphy. Dad never liked going to hospitals even for a simple, routine check up. He asked if the treatment was only out-patient and if he could leave after the procedure. Dad was a little hard-headed but he knew what he had to do. With us by his side, we kept the atmosphere pleasant, talking about Sunday cookouts and plans of traveling when he had fully recovered.

Staying in the hospital for a number of days already felt like a routine, and all of us in the family had a task to accomplish to ensure our father’s smooth treatment. From going up and down the stairs for the billing, to talking to nurses and doctors, to picking up the results from the lab, we ensured that everything was completed that day. Doing these things diverted our minds from what was happening in the operating room.

Seeing our father after the operation, we suddenly felt numb but had to show strong, encouraging looks on our faces. A hint or a whiff of fear discouraged him, and our father was empathic enough to sense what were feeling at that time.

Our father was discharged from the hospital two days after the treatment. It normally took 3 to 5 days, but dad felt that he would recuperate better at home.

The next test results in the coming months showed a good prognosis of dad’s condition. The large tumors had been treated and the smaller tumors were stable, which meant they weren’t growing or showing signs of aggression. The doctors were surprised by dad’s quick recovery and his body’s favorable reaction to the treatment.

Dad is currently under strict monitoring every 3 months, and it has been more than a year and half ago when we found out that he had cancer. We have science and good doctors to thank for, but ultimately, it is dad that we should grateful for. His will to live is remarkable. Our respect and admiration for our father became even more pronounced for battling this medical condition.

Are we still afraid for our father’s future? Will the cancer cells grow again? We still have so many questions and we may not have the answers for now, but he have hard facts: dad is doing well and a healthy lifestyle will keep him healthy. We may not have the future in our hands but we’ll keep an eye on our father to our best capacity.

If there is one thing that has changed, it is the realization that during the worst times, it is the important things that matter, like having our family in perfect health. For several months now, that urge to pull out the weeds from our front yard is no longer there. And I hope that that feeling stays that way for the long haul. – Rappler.com