[OPINION] EDSA is not worth celebrating 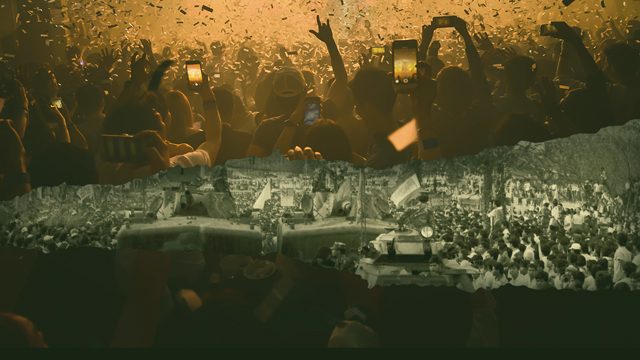 Facebook Twitter Copy URL
Copied
'Despite this most beautiful memory of democracy and solidarity, I find no cause for celebration' I remember when, just before reaching 18, my dad chewed me out for not displaying enthusiasm at being able to vote. “How are you not interested in helping decide your country – our country’s future?” Curtly, I responded that I was but one drop in a bucket of water. It wasn’t that I didn’t have any political opinions at the time, but years of experience with social cliques across school-wide elections made me see at an early age the most terrifying aspect of a democracy: if your vote runs contrary to the majority, you’ll most likely not be heard. Case in point: the greatest endorser of democracy at the time decided to close the exchange by grounding me.

Of course, this doesn’t mean I wasn’t ever going to be persuaded. After all, I appreciated the value of deciding the country’s course, but not so much the efficacy of individual participation. My change of opinion was gradual, but it was because I started to see the freedom that came with participation. In a liberal democracy, the state legislates primarily to ensure that citizens are as free as possible to pursue their own interests within the confines of a lawful, civilised world. The “democratic” aspect of it comes along when questions of policy and its implications are made available for the citizenry to debate. What makes participation liberating is the realization that when majorities are formed, it is due to a consensus. Opinions are not adopted by force of policy or social norm, but by informed choice.

At no point in our country’s history was this consensus realized in its absolute apex than during the EDSA Revolution. Unlike most revolutions of the day, it didn’t drown our country in blood, nor did it marginalize those with reservations. Indeed, those who were still on the fence were persuaded by the simple cry of liberty; by a simple appeal to end years of tyranny. The movement gathered steam because it was one that simply asked the people to look around them. As a result, every tank, every soldier, every helicopter which dared impede their march lent the movement legitimacy. It was a democratic revolution in the truest sense of the term. Yet, despite this most beautiful memory of democracy and solidarity, I find no cause for celebration. In fact, I would even argue that celebrating it for being a historical event defeats its overall point. (READ: EDSA Revolution trivia)

The EDSA Revolution should have cemented our collective love of and fealty to liberty for all of posterity, and yet for the past few years, we’ve done nothing but witness our democracy and liberty once again being threatened by populist politicians. The government has formally moved to try and close down ABS-CBN, sued Maria Ressa, and killed thousands in its failed drug war, among so many others. As if these weren’t enough, our political discourse has become splintered and inflammatory thanks to fake news peddlers and paid trolls. We are slowly running out of means to reach consensus on national issues, and the order of the day seems to be obedience and historical revisionism. The democratic attitudes we exhibited in the past are increasingly becoming a distant memory.

As such, to “celebrate” it as we Filipinos would any other holiday is to defile its memory and partake in a lie. To greet EDSA with food, selfies, drink, parties, and all such hedonistic frivolities is to consider the defense of democratic principles a finished task; to disregard the reality that more hands are needed to defend our freedoms, the interests of those who lives and livelihoods the government has since taken away, and the integrity of truth and journalism. The only way we can avoid falling into this trap is if we look at the EDSA Revolution not just as some glorified footnote in Filipino history, but as a constant reminder of why individual participation in a democracy is extremely important. – Rappler.com