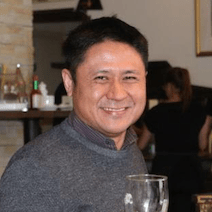 On New Year’s Day, 6:10 am, I found myself on an empty train towards Munich Airport. While most people were still in bed recuperating from the hangover of the previous night’s party, I woke early, braved the European cold (not to mention the lingering smell of firecrackers), and headed to the regional Bahnhof (train station). I was catching a flight to Pittsburgh, United States.

Every word in that statement (even when spoken in C1 level German) is an awkward source of puzzlement. If made as material for engagement in Germany, it would register as an illogical phantasmal glitch. To most, it is like a story with no evident predictable plot and possibly filled with incoherent side plots. Filipinos, after all, don’t usually study MBA in Germany, especially when taught in German. Small talk is already doomed before it even starts. The reason behind it can be summarized in 3 German words – Vorhersehbarkeit, Effizienz, und Qualität.

Predictability (Vorhersehbarkeit) is a big thing in Germany, says my German professor in International Management. It is what brought them their strong economy. Even when all of Europe is down, the German economy remains strong. This is because they anticipate economic downturns before they happen.

On top of this, Efficiency (Effizienz) and Quality (Qualität) are two daughter words that brought them their monster industries. Because of these two traits, they continue to be competitive despite the aggressive low-cost high-volume strategy of Chinese companies.

These 3 words gave me the confidence to trust their public transport system on the day of my flight. Indeed, I arrived on time with minute precision. However, small talk is very rare in this highly efficient commute. (READ: Filipino language and culture making waves in German universities)

Small talk is defined in the German version of Wikipedia as “Eine beiläufige Konversation ohne Tiefgang” (a casual conversation with no depth) – with emphasis on the last two words. Indeed, from the German point of view, small talk (especially with a stranger having an unusual story) is neither predictable nor efficient. It is also less likely to lead to quality conversations.

After 9 years of European residency, I am staying for the first time in the preferred migration destination of Filipinos. Growing up in a former American colony gave me an overdose of the “Greatness of America.” Therefore, I was not expecting anything particularly extraordinary. That is until I landed.

Barely two weeks in the US, I was extremely surprised that these very same words were received differently when used to reply to the common question, “Where are you from? What brings you to Pittsburgh?” It led to many friendly encounters and interesting conversations: from a 7-11 salesgirl telling me of her frustration learning German; to a taxi driver bringing me to the Cathedral of Learning saying, “So you’re Filipino. You should know that Filipinos here are good doctors. Inside that building is a newly inaugurated Filipino room;” and finally, to a retired high-level executive, telling me of his adventure during the 90s, part of which was buying a company in Germany (which serendipitously was my former employer).

Each encounter left an inexplicable lingering smile on my face despite my skepticism towards idealized America. It might be a normal experience for a US resident but not for a Filipino living in Germany. It made me ask myself, “What is this strange American magic that makes Americans extremely engaging to strangers?” (READ: In defense of English in the Philippines)

So once again I looked to Wikipedia for answers. The American version defines small talk as “an informal type of discourse that does not cover any functional topics of conversation or any transactions that need to be addressed.” Thus, where Germans see superficiality, Americans see the explorative nature of it.

When one participates in small talk, one clearly encounters risks. These risks include misunderstanding, awkwardness, and embarrassment, waste of time, privacy risks, and even security risks. A culture, which is uncomfortable with uncertainty, will certainly find difficulty making sense of it. Therefore, the trait risk tolerance comes into play.

In fact, the well-known cultural anthropologist Hofstede rates Americans as highly risk tolerant compared to the Germans. No wonder there is unrivaled availability of risk capital (particularly early stage venture capital funds) in the US, which is envied by Europeans. These have funded the highly innovative and disruptive companies that dominate the world’s top 10 most valued companies.

Another trait essential to small talk is creativity. As the activity is not predictable and has little to do with fixed rules, the capacity to improvise is vital. A person needs great creativity not to fall into awkward silence while participating in the twists and turns of an unpredictable conversation. Indeed, the culture of creativity gave rise to celebrated American entrepreneurs who defied conventional rules and created entirely new markets.

“Here is my card. Do add me on LinkedIn,” said an Uber driver after pitching to me his tech startup on a Friday night while I was on my way to Mario’s. The fact that I am a stranger from an emerging country in Southeast Asia did not bother him at all. This to me was a clear manifestation of openness, another trait indicative of US culture. The ability to suspend efficient heuristic categories and contextual filters in one’s head is key to any explorative engagement.

Despite the anti-immigration rhetoric of past years, Americans continue to be culturally open to foreigners. A very good example of this is the rich diversity among the professors and instructors in the University of Pittsburgh, something that astounds any typical German student.  What Reagan said 31 years ago still holds now, “We draw our people, our strength, from every country and every corner of the world.” This is the reason why 55% of billion-dollar American startups have migrant founders.

All these three traits – risk tolerance, creativity, and openness – explained to me the magic of America.

As I rode the airport bus at CMU-Forbes Avenue at 3 pm on Sunday, I was again the lone passenger like the day I left Germany. In that silence, my mind was full of images of my very insightful 3 weeks. To my mind, Germans and Americans are indeed culturally different – the former has a highly efficient culture while the latter has a highly innovative one.

My Management professors say that both cultures can’t coexist with equal influence, in the same way that one can’t write well with both hands. Pittsburgh basically taught me firsthand this valuable MBA lesson through small talk, which would otherwise be difficult to learn from pure academic sources. It was indeed an eye opener and certainly worth my whole January. – Rappler.com

Earl Robles is an Executive Fellow at Katz Business School, University of Pittsburgh, and the first Filipino in the University of Augsburg’s Executive MBA Program since 1999.