[OPINION] What will we tell future generations about the coronavirus? 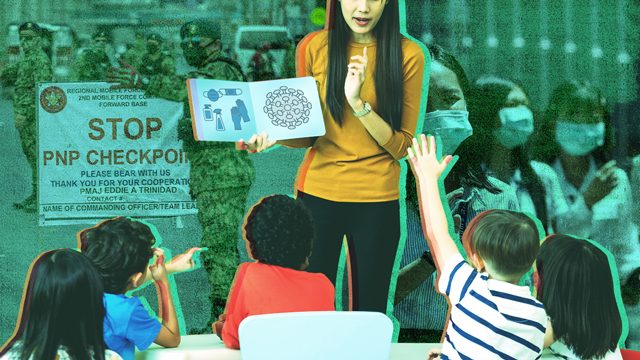 Facebook Twitter Copy URL
Copied
'To young people now, this could be THE moment you will later remember most, and later tell your children about, as Martial Law was to mom and dad, or the Occupation was to grandfather and grandmother' Yesterday afternoon, I drove to Antipolo to visit my parents. With the NCR quarantine taking effect today, I won’t be able to see them face-to-face for at least a month.

Over an early dinner, my mom and I were discussing the inconveniences and difficulties quarantine might bring, and of course, the looming threat of death by COVID-19, the disease brought about by the novel coronavirus. She pointed out that the generation of my grandparents, and I’m in my 40s, had it much worse. They had to survive the Japanese Occupation and all the horrors that it brought, for 4 years.

In retrospect, COVID-19, although possibly fatal, is still not as frightening as 4 years of starvation and warfare. Fighting an armed opponent is no joke, especially with shortages of food, medicine, and information making day-to-day life very difficult.

My mom’s own generation endured Martial Law. That meant 14 years of authoritarian rule, the threat of detention, torture, and death, and an economy mismanaged and looted. Martial Law was already a year old when I was born. Although I have strong memories of the period, these are still through the eyes of a child growing up, and not consciousness of an adult living a nightmare in his own country. (READ: [OPINION] Marcos and Duterte: Strongmen’s changing playbook)

On the other hand, there are ways to combat the virus, if we are careful rather than carefree. Boredom at home is the least of one’s worries. Be glad that you are precisely safe at home, because the risks faced by medical workers in hazardous environments is only too real. The same is true for policemen and soldiers manning roadblocks, employees of the transportation industries, and other occupations whom by definition cannot exercise enough social distancing. (READ: LIVE: Coronavirus advisories)

My frustration is that government at the highest levels has shown little concern and instead coughed out much inanity. To say, for example, that we should have sympathy for a tired, old president rather than hitting him with scorn, is missing the point. In times of crisis, especially in times of crisis, if one cannot cut it, then get out of the way, step down, and give it to someone who can, according to the rules of succession in a democratic society.

I am still hoping that implementing rules and regulations can be finalized sooner rather than later, but with proper coordination with other agencies rather than haphazard, contradictory announcements. I am aware that in a crisis there is a rush to issue orders, but orders without basis or direction make situations worse rather than better. And we definitely can’t afford worse.

During an emergency meeting, and there have been many over the last week, someone said that COVID-19, for all the fear it generates, is also an opportunity. In many institutions, the transition to online work is fast-tracked, because face-to-face is no longer an option. Fear breeds necessity, and necessity abbreviates movement towards much-needed change.

Empty corridors in the malls, vacant seats in stadiums and movie houses, silence in the streets can be taken as a chance for introspection in what seems to be unreal, unwelcome gaps in our daily routines. This too is an opportunity to reflect. To spend time with family. To spend time with ourselves. Perhaps the contingencies generated by COVID-19 could even be an antidote to the virus that is too much clutter in daily life, and not enough space to really live.

To young people now, this could be THE moment you will later remember most, and later tell your children about, as Martial Law was to mom and dad, or the Occupation was to grandfather and grandmother.

But to get past this moment, we need to make it all OUR moment. Please do what you can to help, not hoard. This is not just a question of YOUR surviving. It is OUR surviving. In a pandemic, local, national, and international borders are mere lines on paper. COVID-19 doesn’t give a damn about your gender, age, social economic class, and nationality.

So for all our sakes, please do give a damn. This is not the time for I, my, myself, even just my family. Amid COVID-19, there is only US.