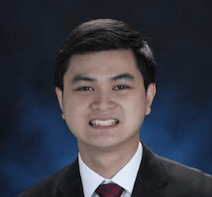 It has been more than a week since “enhanced community quarantine” took effect in the island of Luzon. In that short span of time, we have seen significant disruptions in our daily routine – classes canceled, offices closed, business establishments shut, mass transport suspended.

These major disruptions are all part of efforts to “flatten the curve” – to prevent our health care system from being overwhelmed as new cases come in. Strict social distancing measures have been enacted to give our hospitals and clinics ample time to fight the pandemic.

The reality that we must face however is that the measures we are taking to prevent the spread of the virus will hurt the economy more than the virus itself. The brunt of the impact will come when the pandemic is over, when the quarantine is lifted and our country is recovering.

It is for this reason that we should lobby, to the extent that we can, for meaningful fiscal stimulus to mitigate the negative aftershocks associated with the virus and containment efforts.

It is difficult to make a concrete estimate on the economic impact of COVID-19 as the situation is evolving on a day-to-day basis. What we do know is that the impact is significant: the payrolls of daily wage earners have been cut and small businesses could lose up to two months of revenues. The effects are even more severe for sectors that are badly affected such as airlines, hospitality, tourism, and mall retail.

As a benchmark, the National Economic and Development Authority (NEDA) said that the Luzon-wide quarantine would slash real GDP growth to -0.6% to 4.3% – a marked deceleration from the 2019 growth rate of 5.9% – and possibly cut employment by one million people.

Another perspective we can take is that 39% of the household consumption basket (or 29% of GDP) is not part of the exemptions allowed during the period of enhanced community quarantine. Given the current pace of the virus’ spread, this can mean up to two months of foregone output from individuals and businesses that are part of this 29%. The Philippine Economic Zone Authority reported that 703 ecozone locators have temporarily shut down, affecting 86,549 workers.

We will also likely see a slowdown in private investment and export activity, even beyond the end of the enhanced quarantine, presenting a further downside to economic growth.

It is worth noting that our economy’s recovery, as with the global economy, is unlikely to be immediate after the lockdown ends; there will most likely be a time lag before consumers return to shops and enterprises go back to “business as usual,” owing to the psychological effects of the coronavirus.

On the labor side, the baseline figures worth looking into are the unemployment rate and underemployment rate, which stood at 5.3% and 14.8% respectively in January 2020 according to the Philippine Statistics Authority. This implies that as many as 8.6 million workers are vulnerable as a result of the pandemic.

Another figure worth tracking is the number of beneficiaries under the Department of Social Welfare and Development’s (DSWD) Pantawid Pamilyang Pilipino (4Ps), which serviced 4 million households (roughly 17.6 million individuals) last November 2019.

These figures provide the baseline for how many individuals are most vulnerable and are in need of adequate social safety nets from the government.

We have already seen preliminary measures from the government and the private sector in response to COVID-19. The administration’s economic cluster rolled out a P27.1 billion package, covering social protection, test kits, and aid for affected sectors. The DSWD waived conditionalities for the 4Ps for the months of February and March, indicating full grants for beneficiaries regardless of compliance to certain conditions. The Bangko Sentral ng Pilipinas cut its benchmark policy rate by 50 bps, cut the reserve requirement ratio, and pumped P300 billion into the national treasury.

Meanwhile, we have seen businesses agree to release the 13th month pay of its employees early and assure workers of continuous pay despite a work-from-home arrangement. The private sector has also been active in providing donations for frontliners and affected communities.

But these measures, while welcome, constitute only step one of the response. Think of these preliminary measures as taking ibuprofen or paracetamol during the early stages of the flu. The symptoms may subside and you may feel better, but you’re ultimately still sick. This is analog to what’s happening to our economy; the above measures should be taken as just the beginning of a comprehensive, well-balanced economic response. If bedrest and antibiotics are what drive a complete recovery for someone down with the flu, meaningful fiscal stimulus is what will drive a complete recovery for our economy.

The release of stimulus into the economy is in line with what other national governments are doing to combat the effects of the coronavirus pandemic.

Most notably, the United States government plans to inject a package amounting to more than $2 trillion into the economy. This is inclusive of $1,200 checks sent to most US taxpayers and relief for hard-hit industries.

Our ASEAN neighbors Indonesia, Malaysia, and Thailand have also pledged approximately stimulus packages worth 1% to 4% of GDP to cushion the economic blow of the virus in their respective countries.

Where is the government on this?

Based on the provisions of the Bayanihan to Heal as One Act of 2020 (HB 6616/SB 1418), the Office of the President can realign up to P275 billion in funds to respond to the pandemic. The Senate version of the bill version includes amendments on cash grants of P5,000-8,000 for 18 million low-income families and compensation for health workers. The P275 billion, if fully realized in the form of stimulus, would translate to 1.4% of 2019 GDP.

There are two other stimulus bills under review in the House of Representatives. The first, filed by Marikina Representative Stella Luz Quimbo under House Bill 6606, amounts to P108 billion (0.6% of GDP). The other bill, filed by House Committee on Ways and Means Chairman Joey Salceda, aims to infuse P190 billion (1.0% of GDP) into the economy.

The minimum expectation for any fiscal stimulus package that is passed is to be able to cover these major areas. Echoing the view of Roosevelt Institute Fellow Mike Konczal on fiscal stimulus, “the serious risk is in doing too little, not in doing too much.”

How can we help?

The most immediate way we can help is by getting in touch with our local representatives and raising the need for fiscal stimulus, whether by existing or new legislation. If we are unable to do so, we should get in touch with larger organizations or associations that have the ability to lobby. Raising awareness on the need for fiscal stimulus via social media can also go a long way.

In the current fight against COVID-19, let us continue to support our frontliners who are currently leading the charge. Let us also fight for meaningful fiscal stimulus to get passed and implemented, because this is what will ultimately help us get us back on our feet and drive our economy’s recovery. – Rappler.com

Miguel Sevidal is a research analyst and part-time finance lecturer.
The views expressed here do not reflect the views of his employers.