[FIRST PERSON] My mother, her bungahan, and the enhanced community quarantine Facebook Twitter Copy URL
Copied
'She secures her bungahan first every time a calamity hits our small town of Altavas.... But when the ECQ happened, she was unprepared.' 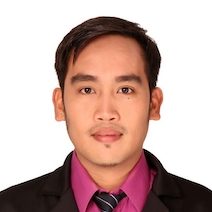 My mother was caught unaware. The moment she learned of the enhanced community quarantine implemented in Aklan, it was too late for her to replenish her bungahan – really just a grimy, white plastic bag where her ingredients for mamâ, or betel chew, could be found.

She secures her bungahan first every time a calamity hits our small town of Altavas. When Yolanda struck Aklan in 2013, the bungahan was the only thing she brought with her when we moved to my aunt’s house, just beside ours. All our other things were left behind, wet and destroyed when the strong winds blew off the roof of our house. When Ursula hit our place on Christmas Eve last year, she kept her bungahan dry and warm in her bag, its contents enough to last for several days.

But when the ECQ happened, she was unprepared.

She did an inventory of her bungahan – 3 pieces of small, young bunga or betel nut, 3 leaves of buyô, a strip of tabakô the size of her palm, and about a spoonful of apog inside a small, transparent plastic bag.

She sighed. The creases on her forehead became even more visible. The bungahan couldn’t last for two weeks, when the ECQ was supposed to be lifted. (READ: Provinces must learn from Metro Manila’s virus experience, says NEDA)

My mother learned mamà as a young girl in Antique. This, and smoking tabakô, she learned from her grandmothers. Based on her stories to us, it was a daily ritual for them. She would chew mamâ with her lola and other elderly women in their remote barrio of Portillo, a full day’s walk from the town proper of Tobias Fornier. When she got married, she had to stop smoking tabakô because my father didn’t like the smell.

But he was never able to dissuade my mother to quit mamâ.

Chewing mamâ is how my mother starts her morning – mamâ while feeding the chickens, mamâ while cooking breakfast, mamâ before coffee.

After lunch, she would chew her mamâ before her afternoon nap. And another chewing session right before sleeping.

The downfall of this habit is that she does this before cooking so her taste is almost always affected. The dish is either too salty or too bland. But our taste buds have also adjusted to her cooking, so we never complain.

She used to chew mamâ with two other women in our barrio, Nay Fe and Lola Baro. But when they passed on, my mother became the only woman chewing mamâ in our sitio. In the past, even men in our barrio would chew mamâ. Nowadays, this aspect of our culture is dying. This is lamentable considering this culture of betel chewing can be traced back to ancient times. According to some studies, a human skeleton with blackened teeth, probably from betel chew, dated back to 2600 BC.

The frequency of mother’s chewing mamâ is apparent in the reddish soil at the balkon, where she would sit, chew, and spit every day. The stains are everywhere actually – on the window sills, in every nook and cranny of the house, in the restroom. We had overcome the feeling of disgust seeing these stains growing up.

It has become our own kind of normal. We have become so used to seeing the stains in between her teeth. They may be stained but they have given my mother a unique ability: her teeth are quite immune to sensitivity. She would eat green mangoes or kamias without twitching – the only one who could do that in the neighborhood.

Nevertheless, I tried to stop her addiction to mamâ once by hiding the bungahan. Mother became so furious. She left the house for two days without telling anyone where she, was so we had to do the cooking. And we realized it did not have the taste we were so used to.

My brother threw out the bungahan once out of annoyance, and my mother went ballistic and threw things out of the house, too. Mother becomes this petulant, sulky woman when her bungahan is touched, hidden, or thrown away. The bungahan to her is sacred and untouchable. It is her most prized possession; she would misplace and forget the gold earrings I bought her for Christmas, or an essential condiment in the kitchen, but never her bungahan.

The bungahan is almost empty. The only seller in the market, a senior citizen, is prohibited to go to the market to sell in this time of pandemic.

Chewing mamâ gives her serenity in these chaotic times. It’s as if she has all the time in the world when she chews mamâ. The chewy, smelly, reddish mixture of buyô, bunga, apog, and tabako seems to keep her senses awake.

Mother chewing her mamâ habitually at specific times of the day allays our fears and anxieties amid the uncertainty brought by this pandemic. My mother’s bungahan gives us a sense of normalcy in this scary time of COVID-19. Until this bungahan gets replenished soon, things won’t go back to normal. – Rappler.com

Jonell Segador Gregorio was a private school teacher for 7 years and a former communications trainer for a call center in Roxas City before joining Aklan State University as an instructor. He was also a campus journalism trainer, having coached students who went on to win in the National Schools Press Conference. At 35 years old, he is still a mama’s boy.