[OPINION] The era of cheap flights is over 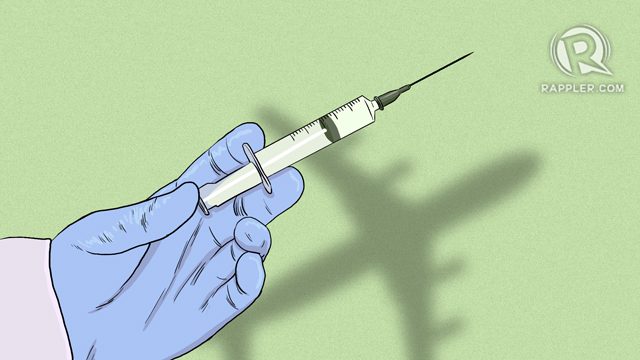 Facebook Twitter Copy URL
Copied
'When the dust settles, whether by reason of conscience, aversion to novel pathogens, or dislike of higher prices, many will put off from taking to the sky' The journey commences in the quest to score the cheapest tickets. Nothing is quite as satisfying as scoring a bargain. Planning an escape is never a chore. The rest of life is just an intermission before the next big adventure.

The thrill continues at the check-in counter at the airport. I muster all my charms to seduce the airline staff into assigning me an emergency row seat. Inside the terminal, I wait for the last moment to board the aircraft so as not to betray my excitement. But it is never routine nor mundane for me.

Boarding an aircraft evokes memories of past adventures and ushers in an opportunity for new memories. Soon after settling into my seat, I reach for the in-flight magazine and turn immediately to the page showing the airline route map. I can recite all the routes flown by my favorite airlines (PAL, SQ, CX, in that order) like a kid who knows his dinosaurs. When the aircraft is airborne, I eagerly wait for that familiar scent to permeate the cabin. Chicken, pork, beef, they all smell the same. I have a strange obsession with airplane food. I’m in love with flying.

Imagine my horror at the unprecedented lockdowns that befall hub after hub to halt the march of a virus that threatens the lives of so many. Hong Kong, the greatest aviation hub in the Far East, has seen daily passenger numbers slump to below 1,000 last April. Just a few months ago, HKIA was handling over 200,000 passengers daily in its cavernous Foster-designed terminal.

It is tempting to think that passenger numbers will soon bounce back to where they were prior to the emergence of the virus. But in many ways, 2020 has been a turning point for the global aviation industry. 2019 I think is the year that will mark the low point of airline ticket prices, and in the next decade airline ticket prices will again creep up, reversing the long historical downward trend. We have seen over the past 4 decades the extraordinary democratization of air travel. 2020 is the year we shall again regard air travel as a luxury. (READ: Airlines ask gov’t for lifeline as virus leads them to bankruptcy)

The launch of the Boeing 747 in 1970 opened a new chapter in commercial aviation. By carrying more passengers and flying more efficiently, the “Jumbo Jet” made flying more affordable for the general public. In real terms, airline tickets fell by over 50% over the past 4 decades thanks to technological improvements and fierce competition. The 1950s and the 1960s were dubbed as the Golden Age of flying. For the genteel classes who could afford the prohibitive air fares, it was a time of glamorous hostesses and gourmet meals.

But it’s the deregulation of the airline industry beginning in the late 1970s coupled with the development of more efficient aircraft which, I argue, ushered the true Golden Age of flying. In 1970, 300 million passengers took to the sky. In 2018, a total of 4.3 billion passengers were carried on scheduled services worldwide. The airline industry in the Philippines was tightly regulated until 1995 when the market was liberalized. Cebu Pacific was founded in 1988 and soon leapfrogged the previous monopolist Philippine Airlines into becoming the largest carrier in the country. Fierce price competition between airlines drove down the cost of airline tickets (and of service levels). Cheaper airfares had vastly changed our concepts of connecting, learning, and recreation.

The decision by Greta Thunberg, a Swedish climate activist, to sail across the Atlantic rather than travel by plane last September 2019, has shone a spotlight on aviation’s dark role in climate change. Air travel accounts for about 2.5% of global carbon dioxide emissions. Underlying the growth in aviation emissions is the rapid expansion of air travel worldwide, propelled by the proliferation of low-cost airlines and the traveling aspirations of the growing middle class in the Philippines, China, and other emerging economies. In 2019, about 40 million flights departed from airports worldwide. The unequivocal message from climate activists is this: unless you absolutely have to, don’t take it to the air. With technological breakthroughs that have made video conferencing and distant learning viable, the rationale for traveling has never been so weak.

To mitigate the damage to the environment from flying, carbon offsetting has become increasingly popular. Passengers offset their carbon emissions by making a financial contribution to carbon reduction projects somewhere around the world. Those projects might include initiatives to develop renewable energy, capture methane from landfills or livestock, or distribute cleaner cooking stoves or more efficient light bulbs. On the Cathay Pacific website, a passenger flying in economy from Manila to Los Angeles and back can offset his/her carbon emission for around 280 pesos. In theory, if enough people start offsetting, or if governments start acting seriously to tackle global warming, then the price of these carbon offsets would gradually rise. As the world grapples with the realities and consequences of climate change, these voluntary schemes will likely become mandatory. (READ: IN PHOTOS: Filipino pilot shows what it’s like to travel by air during a pandemic)

The nail in the coffin of this Golden Age is the circulating coronavirus. To mitigate the risk of contracting the infection midair in this age of pandemic, when people start flying again, airports and airlines are likely to institute safety measures that will make their operations less efficient. And like some of the measures instituted after the terrorist attacks of September 11, some of these measures will persist and endure even after the threat has disappeared. Measures being discussed include antibody tests at the point of departure or arrival, passengers going through thermal scanning and passing through a “disinfection channel” in addition to the security screening, sanitization of checked-in and carry-on luggages, physical distancing at airport waiting areas, empty middle seats in planes, frequent deep cleaning of aircrafts, and others. The cost of these measures will be passed on to the passengers and will translate to higher ticket prices.

What kind of travel is essential?

Until a vaccine is discovered, most people wouldn’t travel unless they have a compelling reason to do so. With the precipitation of demand, airlines around the world are taking a huge hit. The IATA estimates that airlines globally will lose at least $314 billion due to the outbreak. Airlines are hemorrhaging cash and many will buckle and fail. Post-COVID-19, the reduced competition will eventually translate to higher prices.

When the dust settles, whether by reason of conscience, aversion to novel pathogens, or dislike of higher prices, many will put off from taking to the sky. Air travel will return to its status in earlier decades. It will be seen as a luxury.

The explosion in air travel over the past 4 decades has shrunk the planet. Traveling allows us to see for ourselves that there is more than one way of “being” and fosters mutual understanding and respect. It is right to be nostalgic. As for me, who’s just happy to marvel at being inside a metal tube floating 40,000 feet above ground, I will miss being asked, “Coffee or tea?” – Rappler.com

Michael Mo is a physician working to promote public health. He’s a graduate of the University of the Philippines.