Facebook Twitter Copy URL
Copied
'During an emergency in a remote area of Kenya, cash transfers were used as an option for delivering aid. This was made possible through the help of community volunteers who conducted household assessments.' 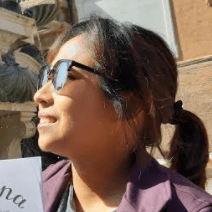 There are reports of Filipinos falling in line for hours (some even days, under the scorching heat, which even resulted in one person getting a stroke and dying) in order to receive their emergency subsidy. We’ve also heard of the inefficient distribution of these subsidies due to incomplete lists of qualified individuals or families, and of local government officials manipulating the names of beneficiaries and the amounts given away. All these signal the need to find faster and more convenient ways to distribute cash aid in the Philippines. (READ: DSWD vows faster distribution of coronavirus cash aid this May)

Different countries around the world have found different measures to tackle this problem. In Italy, where I have been living for some time now, one social protection they have issued during the pandemic is the Buoni Spesa. It is meant to help families buy essential needs, like food, during the crisis. Instead of giving cash though, the municipalities send it out to qualified families as vouchers. (READ: The coronavirus threat: Lessons from other countries)

Both the application and the distribution of vouchers are done online, through the applicant’s email address. The call for applications are announced on national television, newspapers, and the website of the city or municipality. Every detail is posted regarding how much a family will receive (depending on the number of family members), who will be the priority, the budget the municipality has for the program, and the number of families who will receive it.

You do not need to go to your social welfare office and fall in line anymore. This can be done in
Italy because a system is already in place to check an applicant’s status through their tax identification number. Most cash benefits in Italy are also done through direct bank transfers or postal checks.

We can also learn lessons not just from first world European countries, but also from poor African countries like Kenya. Kenya is one of the first countries to adopt widespread mobile banking. During an emergency in a remote area of Kenya, cash transfers were used as an option for delivering aid. This was made possible through the help of community volunteers who conducted household assessments.

To overcome problems like lack of mobile phones and lack of documents, beneficiaries (mostly women) were clustered into groups with the most literate nominated as their leader or representative. Cluster leaders were then trained to use this technology, and centers were set up where people could register and withdraw money using phones.

During this time of emergency, it is difficult to change the system in an instant, but government agencies need to start looking into technology to deliver cash aid more efficiently. They have to put the system in place as early as they can – before the next crisis strikes. – Rappler.com

Elisha Gay C. Hidalgo is a Filipina cultural mediator working in Italy. She is the wife and daughter of OFWs, and a mother of 3 young Filipino immigrants.