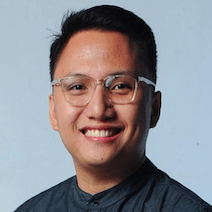 It was 2014 when my friends and I started the nonprofit Out of The Box Media Literacy Initiative. We were then fresh graduates of the journalism program of UP Diliman. Our mission then was to simply share to students what we learned from the university that we deemed were not given enough attention in other Mass Communication programs.

Topics such as the business of media, its structure, and its implications on the profession, and the “myth of objectivity” in journalism and how bias is embedded in news were key discussion points in the seminars we organized. We deconstructed (biased) articles from the Inquirer, and we criticized the dominance and near monopolization of ABS-CBN of our local media.

At that point “fake news” was still unheard of. The media freedom issues we bannered then were the call for justice for the victims of the Ampatuan Massacre and the passage of the Cybercrime Law. It was definitely quieter, and promoting media literacy as we did when we started out was simpler and more straightforward.

But it was not long until things picked up the pace and our problems became bigger, deeper, and more complex.

We didn’t think then that press freedom could be a politically divisive issue the way it seems to be today.

Now that Out of The Box is working more closely with teachers, mostly those who handle the senior high school subject Media and Information Literacy (MIL), it has become usual for us to encounter teachers who are “on the other side of the fence.”

We meet teachers online who, citing their freedom of speech and expression, preach about Rappler’s biased news coverage and ABS-CBN’s unlawful labor practices.

Funny how we find ourselves on the other end of the table, receiving lessons on media bias and the corporate character of the media from them. They explain that press freedom is as much a responsibility as it is a right, reserved only for those who do not violate the laws of the land.

It made us think: is this what scholar Danah Boyd touted as the possibility of media literacy backfiring?

According to Boyd, media literacy asks people to question the information they’re receiving and find out the truth for themselves. By raising doubts about the motivations of information sources, people can avoid being duped.

Following this line of thought, one might wonder, can “media literacy” be blamed for the significant public support we are seeing for the closure of the broadcast giant last May and, more recently, the conviction of Maria Ressa and Rey Santos Jr over their cyber libel case?

Probably not, unless one’s concept of media literacy is completely sourced from the Presidential Communications Operations Office (PCOO), who once labeled Ressa as “fake news” after obviously making an honest mistake in a TV interview. Surely that is propaganda dressed up as “media literacy.”

This, however, does not mean that all the calls against Rappler, ABS-CBN, and all other media outfits accused of bias, fakery, and corruption should be denied their merits.

But this idealized setup is looking more and more hazy as we move towards deeper polarization.

Media literacy as a solution to this problem should then be re-configured not as some standardized skill set for deciphering whether information is or isn’t reliable; questioning media authority; and accessing information that proves one’s claims, among others.

At this point, the public’s trust in the media is at its lowest in the Philippines and across the world. We cannot let “media literacy” be used as an excuse to sow distrust and divide people even further .

The pressure on media literacy advocates and teachers today is to find creative ways to build the social infrastructure needed for people to meaningfully engage across political divides.

Journalists and news organizations can only do so much in trying to salvage what’s left of our social fabric. Schools and teachers, through media literacy for democracy, must do their part, too, in addressing our post-truth problems down to its roots. – Rappler.com

Marlon Nombrado is a teacher and one of the co-founders of Out of The Box Media Literacy Initiative, a local nonprofit organization that works to mainstream media literacy practices in the Philippines through campaigns, workshops, and educational resources.