Feb 25, 2015 12:55 PM PHT
Edwin Lacierda
Facebook Twitter Copy URL
Copied
'More than a rally, all of us came to EDSA to break bread and fellowship with all who were willing to stand in the line of fire and take the bullet, as it were, for freedom and change of government'

This piece originally appeared in the author’s blog in 2006, during the previous administration, to mark the 20th anniversary of the EDSA People Power Revolution. 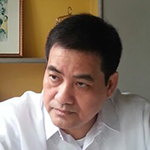 Twenty years ago, when we were still law students, we felt a breath of fresh air stirring in our midst when Cardinal Sin called out the people to protect the soldiers.

We wondered what all that meant. At that time, we just finished studying the 1973 Constitution or the Marcos Constitution, and I recall that not even the commentaries of Fr Bernas spoke negatively of that charter, al least not as openly as he does now in his Inquirer columns.

But while the atmosphere of martial law prevailed in those days, pre-EDSA circa 1985-86 was a joy in (Ateneo) law school. While our classes were held in the evenings, we full-time law students would join the rallies in Makati in the afternoon and stormed Security Bank where the personnel, upon sight of the rallyists, would immediately roll down their steel doors.

We would walk the length and breadth of Ayala Avenue to the cheers of Makati office personnel who would open their windows from buildings up high and rain down their yellow confetti, made from shredded PLDT yellow pages. We would sing “Bayan Ko,” listen to speeches both fiery and hilarious, interspersed with chanting and sloganeering but all the same, critical of Marcos and his cronies.

In law school, there were a handful of Marcos loyalists holdouts, among them, the daughter of then Defense Secretary Juan Ponce Enrile; the youngest son of a former Minister of Justice and whose other famous brother is a lawyer-turned-news personality and a wine connoisseur; the son of a former PBA commissioner; the brother of a TV female news personality; and the sister of a famous fashion designer. To their credit, they did not shirk from their belief that Marcos was their man. Before the snap elections, they would wear Marcos red t-shirts while most of us would wear Ninoy or Cory yellow. While the battle for the hearts and minds was fought in the streets, the law school was not immune from occasional outbursts of “Cory! Cory! Cory!” and “Marcos pa rin!” It was simply unacceptable to fence sit during those heady days.

In one instance, there were Marcos volunteers who entered the Xavier precinct wearing Marcos red. They were told it was prohibited by law, and were asked to leave. Of course, being Marcos country, they haughtily refused and even shouted, “Marcos pa rin!” We retorted and chanted back, “Cory! Cory!” drowning their arrogance till they decided to leave the election premises. Naturally, all those who volunteered got a grade of 90 in Election Law.

When Cardinal Sin called out the people to support the RAM boys, some of us were set to attend the ordination rites of Fr Louie David in Ateneo Loyola. Some of us never made it to the ordination because we got detoured at EDSA and just about decided to stay on, not knowing where this would lead to.

I remember at one point standing at the foot of the stage at Camp Crame where Fidel Ramos, Juan Ponce Enrile, Mel Lopez, and some other political personalities were giving out their pep talk. This was the time when Ramos was jumping and telling us that it will be over soon. We were cheering them on, so hopeful that the dictator would be gone. It turned out that he was giving us a pep talk because they heard rumors that Marcos was going to send out his troops and tanks for the last time to quell the revolt.

My memory may not be so clear at this point but that scene where Ramos was jumping on the stage and my face was clearly evident among the throng was immortalized in Mr Cecilio Arillo’s book, Breakaway: The Inside Story of the Four-Day Revolution in the Philippines.

Unfortunately, having no sense of history and no regard for posterity at that time, I failed to get hold of his book and have not seen a copy since.

We stayed and slept in EDSA. We faced the tanks and soldiers. We befriended nameless people. We shared food and drinks as though we were long-lost confreres. More than a rally, all of us came to EDSA to break bread and fellowship with all who were willing to stand in the line of fire and take the bullet, as it were, for freedom and change of government. Like the namesake of the street, it was truly an epiphany of saints, men and women of goodwill who believed that corruption and bad government should not last a day longer.

It was 20 years ago. Many of us have become disillusioned and some, like Ignacio Bunye, have the temerity to say EDSA is no longer relevant. Twenty years ago, I was willing to die for my country. I have no reason to depart from that belief 20 years hence, the Arroyo leadership notwithstanding and apathy being the new social cancer.

Like Leah Navarro when interviewed by Newsbreak Magazine, I want my country back too.

Edwin Lacierda is the spokesperson of President Benigno Aquino III. At the time he wrote this piece, he was a Constitutional Law Professor at the FEU Institute of Law and a private practitioner.