May 6, 2015 6:40 PM PHT
Facebook Twitter Copy URL
Copied
'The PDI's inaccurate and biased reports...constitute a breach both of the standards of journalism and the trust of the Filipino people' 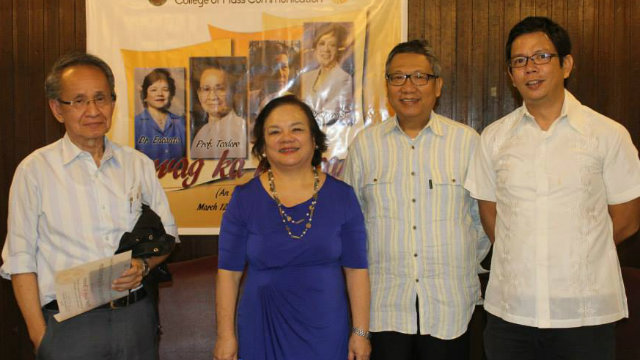 In its April 29 headline and story (“Death came before dawn”), the Philippine Daily Inquirer (PDI) quite dramatically announced the execution of Mary Jane Veloso in Indonesia, an execution which it turns out never actually happened because Veloso was given temporary reprieve.

Without proper investigation, PDI had created fact out of a non-event, thereby undermining the newspaper’s credibility and raising questions about the competence and integrity of the PDI editorial staff.

The next day, on the front page of the April 30 issue, the PDI followed up that initial error of April 29 with an article entitled “A miracle happened,” as if human intervention had no role in keeping Veloso alive. Moreover, in the same issue, another story quotes the Indonesian Attorney General as declaring that Mary Jane Veloso’s reprieve was “due to P-Noy plea,” a diplomatic statement obviously made for the sake of courtesy and to preserve Indonesia’s good relations with the Philippines. 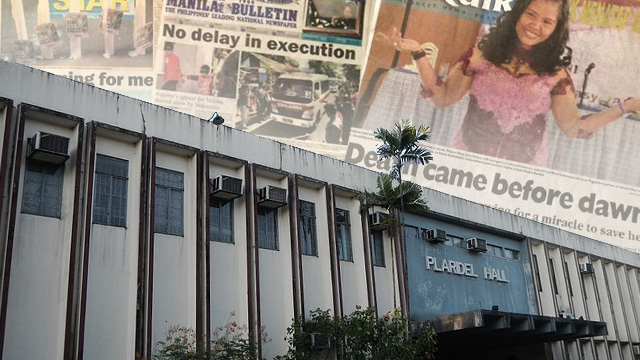 Both statements, however, reveal ignorance of or a bias on the part of PDI against the efforts exerted by such groups as the Filipino migrants’ group Migrante International and its networks, the National Union of People’s Lawyers (NUPL), and even of such individuals as Manny Pacquiao in the granting of the reprieve. The reality is that the reprieve of Mary Jane Veloso was based on the NUPL’s argument that she was a victim of human trafficking and could testify on the illegal activities of her alleged recruiter.

Similarly, the 4th deck of the headline “A miracle happened” opines that “credit grabbing [was] in full swing,” the newspaper’s swipe at the groups and individuals it habitually refers to as “militants.”

The same “militants” were once again the targets, directly this time, of a post-labor day (May 2) story headlined “Militants use Velosos in labor protest rallies.” The first headline is no more than an opinion based on an unexamined statement.

News reports are supposed to be exactly that, reports – meaning they provide information rather than fiction or opinion

But even more obviously is the last headline re “militants” using the Velosos also an unfounded opinion. In complete disregard of the fact that the Velosos have for 5 years been frustrated at every turn by the government, the second headline also implied that the Velosos don’t know any better, and are easily manipulated.

News reports are supposed to be exactly that, reports – meaning they provide information rather than fiction or opinion. The PDI’s inaccurate report of April 29 and its biased “reports” in the front page articles of the April 30 issue constitute a breach both of the standards of journalism and the trust of the Filipino people.

By practically erasing the line between information and opinion, the Inquirer has made it even more difficult for its readers to tell the difference between the two. In this way, PDI subtracts from, rather than adds to, the sum of collective knowledge in this society.

We urge the PDI to immediately review and correct these practices, if it wants to answer the crying need to develop an enlightened and critical citizenry in our time. – Rappler.com

Professor Rolando Tolentino is the current dean of the University of the Philippines College of Mass Communication. Professor Luis Teodoro, Dr Georgina Encanto, and Dr Nicanor Tiongson are former deans of the college.

Photo of the College of Mass Communication from Wikipedia.