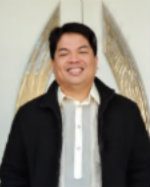 The prevailing view is that the anti-political dynasty provision in the Constitution (Section 26 of Article II) is merely a declared opposition to dynastic politics but it won’t be able to actually prohibit politicians with the same bloodline from running.

Filipinos have accepted that for this constitutional proscription against political dynasties to have any practical meaning at all, it needs implementing legislation.

But it seems difficult to be optimistic about the fate of the anti-political dynasty bills pending in the House of Representatives and in the Senate because as of the last reckoning, at least 70% of members of Congress belong to political dynasties.

The answer is yes. But only if we take direct and primary responsibility for it. And we begin with a simple recalibration of how we should perceive the constitutional provision against political dynasties.

Note that the ultimate aim of the Constitution in this particular instance is to establish and maintain honest and efficient civil service. Certainly no Filipino will ever dispute that the existence of political dynasties is the most obvious hindrance to achieving this goal.

Accordingly, a deep and fervent belief that such high quality government bureaucracy is what the people deserve should motivate Filipinos not to vote dynastic politicians into public office. Indeed, each Filipino can give life to this constitutional proscription by simply exercising his or her right of suffrage. Degrading political dynasties need not be contingent on the enactment of an anti-political dynasty law. However, the degradation process contemplated here only commences when Filipinos commit to take a step further by passionately convincing others to never cast a vote for a candidate who belongs to a political dynasty.

At a very modest level, this can be accomplished at a personal level by dissuading our work colleagues or classmates from voting Vice President Jejomar Binay, Manuel Roxas II, or whoever else in the coming 2016 presidential elections simply on the basis of their political pedigree.

Indeed, this conversation can also be had with friends and family over merienda and can also cover not voting for the same old political clans for the Senate or Congress. This caveat can be applied to local politicos as well.

A more formal and organized discussion can be conducted in high schools and universities using the groundbreaking study by the Asian Institute of Management Policy Center in 2012 entitled, An Empirical Analysis of Political Dynasties in the 15th Philippine Congress as a take-off point.

Let the main finding of this study – that lower standards of living, lower human development, and higher levels of deprivation and inequality persist in the communities governed by local leaders who are members of a political dynasty – agitate students and teachers alike.

Creativity and artistry to fight dynaties

And if the ultimate goal of the degradation process is to inculcate in the minds of all Filipinos a profound hatred for political dynasties, then it mandates Filipino artists to use their craft to breed this fundamental disdain for dynastic politicians. Thus we need more works like Pinatay si Mayor! by Mae Paner (aka Juana Change).

This mode of protest is not new. At the start of the American colonial period, nationalist artists such as Juan Abad, Aurelio Tolentino, and Juan Matapang Cruz, produced “seditious dramas” which upset the new colonizers so much that they were persecuted as insurrectos.

Brocka, Bernal, Portes, and company all made films along these lines in the 1970s-1980s against the dictatorship. The point here is that the writers, artists, and filmmakers of today must produce more “seditious” works that challenge the political establishment – films, paintings, and books that not just jar the audience with the harsh conditions of modern Filipino society, but also ridicule and attack the incompetence and wrongdoings of those holding political power. No Filipino who grew up in the 1990s will ever forget Congressman Manhik Manaog!

But to ensure the success of the degradation process, civil society must also do their part. Groups such as ANDAYAMO (Anti-Dynasty Movement) and MAD (Movement Against Dynasty) can follow the example of the Citizens’ Coalition for Economic Justice in South Korea which published a voters’ guide that included a list of 167 politicians who should not be elected because of their involvement in corruption scandals and opposition to reform policies during the 2000 elections.

This exercise has a dual purpose. First, to warn the voters of the calamity awaiting them at the other end of the polling booth if they do not exercise their right of suffrage wisely. And second, to clearly demonstrate how pathetic and abhorrent dynastic politicians are.

Civil society organizations can then deliver the knock-out punch by running a sustained, comprehensive and well-thought social media campaign to monitor the movements of public officials, particularly those who belong to, or are allied with political dynasties. This is essentially to always remind them that, “People should not be afraid of their governments. Governments should be afraid of their people.”

The task of teaching Filipinos from Batanes to Tawi-Tawi to loathe political dynasties will obviously take time. But the reality is that only the intense hatred for dynastic politicians will empower communities to vote them out of office.

I must emphasize however that I am not diminishing the importance of enacting an anti-political dynasty law. Indeed, the presence of such legislation will obviously play a vital role in the degrading process. But we have to accept that the destruction of political dynasties ultimately lies in the hands of Filipinos.

Indeed, we can all expect that once Filipinos have made family dynasties politically irrelevant, their stranglehold over our country’s political system will be destroyed completely. Genuine patriotic leaders can then finally emerge and be properly recognized. – Rappler.com

Atty. Michael Henry Ll. Yusingco, LLM is a practicing lawyer. He is the author of the book, Rethinking the Bangsamoro Perspective. He conducts research on current issues in state-building, decentralization, and constitutionalism.