[ANALYSIS] Between justice and diplomacy: What is the ASEAN for? I was in early junior high school during the height of the West Philippine Sea conflict. As a typical schoolboy, my sentiments were fueled mainly by what I would read in the news: my countrymen getting harassed by Chinese coast guards, the Chinese government reclaiming the disputed areas, and the then-national administration’s courageous assertion of the Philippines’ territorial rights.

By the time I was in senior high school, the Permanent Court of Arbitration had ruled in favor of the Philippines, and I was fortunate enough to have attended various symposia since then with regard to the matter. The latest I had attended was a lecture on the Philippines’ legal and historical rights in the West Philippine Sea by none other than Justice Antonio Carpio.

I remember Justice Carpio in that lecture stressing the significance of mobilizing support from the Association of Southeast Asian Nations (ASEAN) in order to counter intimidation from the Chinese government. I too hold firm that this is the way it should be done. Yet, as far as the Philippines as a member of a socio-economic regional association is concerned, the actualization of the ideal is far from easy. It demands critical consideration of interests, different interpretations of laws and histories, and necessitates compromises – compromises that at some point will make us question such institutions’ commitment to righteousness and justice.

Following the timetable of the South China Sea dispute with due consideration to the responses taken by Southeast Asian nations, one cannot help but think how the norms of the “ASEAN Way” have restricted proactive resolutions, particularly on maritime disputes.

On one hand, the ASEAN strongly reiterates its commitment to the principle of regional autonomy. Yet, on the other, as exemplified in many cases, some of its member-states have allowed themselves to be influenced by world powers to which they are indebted one way or another. Furthermore, the over-emphasis on the principle of non-interference has prevented the possibility of third-party adjudication or arbitration, which, according to experts, is frequently the most feasible mechanism in settling territorial sovereignty disputes.

While member-nations are deeply concerned with maintaining the internal stability and harmony of their own, too often do they forget that the well-being of each other is interrelated. For what is the ASEAN for, if not the “promotion of regional peace and stability through abiding respect  for justice and the rule of law,” as declared by its own Treaty of Amity and Cooperation?

[ANALYSIS] The 2 ASEANS of today Hence, there is an urgent call to reevaluate the norms and values held by the ASEAN when it comes to settling disputes of territorial sovereignty, such as the South China Sea issue. As a platform for regional socialization, the ASEAN must not exhaust its resources and potentialities for the preservation of its bureaucratic propriety. Politics must not be institution-centric; it must be people-centric.

Therefore, I think there is a moral imperative for the constant reimagination of the ASEAN. It must be reminded consistently that behind the leaders and diplomats and their state interests are real experiences by real people every day. Outside the four walls of an ASEAN meeting, where harmony and amiability are delicately ensured, are real conflicts between the interests of various social actors, waiting for immediate and sustainable resolutions. Beyond the strict observance of diplomatic decorum are the real groaning and weeping of poor and marginalized citizens, the bruising and bleeding of ordinary fisherfolk harassed by unjust, foreign military forces.

Southeast Asia Speaks: Analyst Joshua Kurlantzick on what ASEAN can do vs Myanmar coup 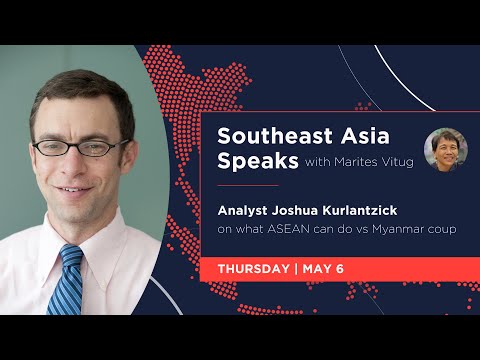 At the end of the day, I believe the final arbiter will neither be the piles of paper containing ambiguous and obscure treatises and rulings, nor the established organizational might and fortitude of the association, but the inherent right of independent countries and peoples alike in the bar of justice and the rule of law. Quoting the former Philippine secretary of foreign affairs in his concluding remarks in the arbitration court, “Those who think ‘might makes right’ have it backwards. It is exactly the opposite: that right makes might.”

We may not always have the might required in order to advance our cause, but righteousness will allow us not to fall back and to at least stand firm. And when our sister-nations finally come, willing to lend their helping hands, we believe that the ASEAN will set a global example of how right, indeed, makes might. – Rappler.com

Kenan Gawaran is an undergraduate student of political science at the Ateneo de Manila University, and is currently serving as overall coordinator of the Ateneo Student Catholic Action. His research interests include political thinking and governance in the Philippines, and Filipino philosophy, culture, and history.