President Duterte has finally declared the Financial Institutions Strategic Transfer Act – or FIST – as urgent.  The bill, sponsored by Rep. Joey Salceda, passed the Lower House back in June, and is waiting for the Senate counterpart. Its goal is to prevent massive loan defaults and bankruptcies which result in the destabilization of the financial system.

In the beginning, Department of Finance Secretary Dominguez had proclaimed that more loans to MSMEs from the Philippine Guarantee Corporation (PhilGuarantee) are being undertaken to stave off bankruptcies and layoffs.

Loans are temporary measures to keep firms alive and reduce layoffs while they await a strong economic recovery. But the IMF recently stated that the Philippines is far from an economic recovery, because of its high COVID numbers and inability to effectively reduce cases. It predicts a more than 8% decline in GDP for the Philippines this year, the worst in Southeast Asia.

If the economy doesn’t improve fast enough, this will be bad for business, the workers, and the financial system. This will lead many firms to finally default on their loans, declaring bankruptcy and laying off workers. On a massive scale, especially if the bankruptcies involve giant firms with gargantuan loans (e.g. airlines, five-star hotels, manufacturing [car] industries), this will have a domino and multiplier effect throughout the banking and financial system, bringing us closer to a financial crisis. 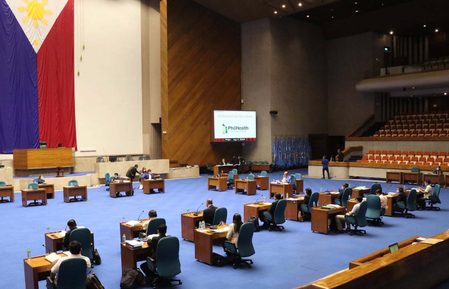 Because of our current recession, non-performing loans (NPLs) and past due loans have been increasing, indicating firms’ increasing incapacity to service their interest and principal debt payments to the banks. In August, the BSP revealed that the NPL ratio had increased from 2.4% in March to 2.53% in June. NPLs had jumped 26.7% to P273.6 billion in June 2020, compared to P215.91 billion in June last year.

A survey undertaken by the Bangko Sentral ng Pilipinas (BSP) in August jibes with the prediction of credit rating agency S&P that the current NPL ratio (NPLs as a percent of total outstanding loans) may double because of the high COVID cases adversely affecting the Philippine economy. This means the NPL ratio could grow to more than 5%, affecting possibly more than P500 billion worth of loans.

The outlook for NPLs does not look good. On October 13, S&P and Fitch Ratings agencies cut their outlooks for Bank of Philippine Islands (BPI), Security Bank, and China Banking Corporation from stable to negative because of their declining profits and potential future exposure to bad loans.

The government has been aware of such problems, but has not acted strongly on this major problem. During March to May, the state-run Credit Information Corp (CIC) was asking the banks to practice forbearance and not to tag unpaid loans during the ECQ as non-performing loans, giving them a cure period, like a grace period. Creditors are still being urged to practice forbearance and reschedule or restructure the debts of firms that cannot operate because of the pandemic.

Bayanihan 2 tries to deal with this issue with the provision for “a 60-day grace period for the payment of all existing, current, and outstanding loans due on or before December 31, 2020.” Experts advised Congress that beyond February 2020, this will mean major liquidity and solvency problems for the banks.

But forbearance and the 60-day grace period are just temporary measures now. Bankruptcies and financial crises might start in early 2021 – if the economy really falls hard, as in 8% to 9%, as the IMF predicted.

Therefore, the following FIST bill becomes particularly important now that 2020 is drawing to a close.

The bill is in consonance with Republic Act No. 9182, passed in 2002, granting tax exemptions and fee privileges to special purpose vehicles which acquire bad loans from financial institutions and invest in their non-performing assets. This time, the FIST bill will instead give fiscal incentives, tax exemptions, and fee privileges to banks and financial institutions participating in this program and extend their entitlement period to avail of these privileges. The program consists of these banks and financial institutions offloading their debts and their management to these special purpose vehicles called FIST companies, which are expert firms in handling and rehabilitating distressed loan-infested companies.

In June, only BSP Governor Diokno endorsed the bill strongly. Now, Sec. Sonny Dominguez and the President himself have certified this bill as urgent. Senator Grace Poe, who chairs the Senate committee on banks and financial institutions, says the Senate version will be ready soon, and that “[p]roviding the local banking system with the support it needs will insulate it from a buildup of bad loans, which could impose costs on the poor.”

DOF Secretary Carlos Dominguez and NEDA Director General Karl Chua are having a running debate with Representatives Stella Quimbo and Joey Salceda and the economic/civil society community concerning the fiscal stimuli for the economy.  The Lower House had already passed ARISE (Accelerated Recovery and Investments Stimulus for the Economy) – sponsored mainly by Representatives Quimbo and Salceda – which gives a P1.3 trillion three-year fiscal and health stimuli to the economy, focused on economic recovery and helping the unemployed.

This was frowned upon by Secretaries Chua and Dominguez as too expensive, saying the Philippines does not have enough revenue to support the bill.  They further warned that the current fiscal deficit – running around 9% to 10% of GDP – is already very large and may trigger credit downgrades from the international rating agencies. Many countries, however, including the US, have fiscal deficits way past the 10% GDP level.

The key economic managers of the country prefer FIST and CREATE (Corporate Recovery and Tax Incentives for Enterprises Act). CREATE is a revised version of the unpassed TRAIN 2. It calls for the cutting of the nominal corporate income tax from the current 30% to 25% for 2020 and 2021, and a 1% decrease annually from 2023 to 2027 until it reaches 20% in 2027. It also retains fiscal incentives for priority industries to be identified by CREATE.

The bill however has been criticized by various economists from UP, Ateneo de Manila, and De La Salle University because of its inequity and lack of economic stimuli. Given that most firms have negative or very small income – the tax cut will be small – and that there is a lack of economic confidence and a continuing pandemic, this will just end up in firms keeping the taxes saved rather than stimulating the economy. The bill also doesn’t cover the loopholes in the current tax process wherein a high nominal tax rate translates into a tax revenue effort that is below that of Cambodia. This is due to under-declaration of receipts, over-declaration of expenses, and abuses in exemptions, often with inside connivance in the tax collection agencies.

Former economic managers, however, and some economic civil society groups that are more market-oriented, such as Foundation for Economic Freedom (FEF) and Action for Economic Reform (AER) – support the CREATE bill.

In summary, the Philippines has one of the smallest fiscal stimuli in the region, and perhaps the most non-integrated one. It is compartmentalized into: a) the remaining projects in Build Build Build, b) the various rescue and social assistance funding in Bayanihan 2, c) a FIST bill to avoid defaults and bankruptcies, d) the work-in-progress budget of 2021, and e) the decision of the DOF and NEDA to rely on a weak tax-cut bill for fiscal stimulus instead of a massive infrastructure and spending program employing the unemployed – the standard, proven way of bringing economic recovery to deep recessions. This is happening under an economy of very low confidence, strapped by high cases of COVID, in a region where the virus has generally been tamed by most countries. – Rappler.com

Joseph Anthony Lim is a Professor of Economics at the Ateneo de Manila University.