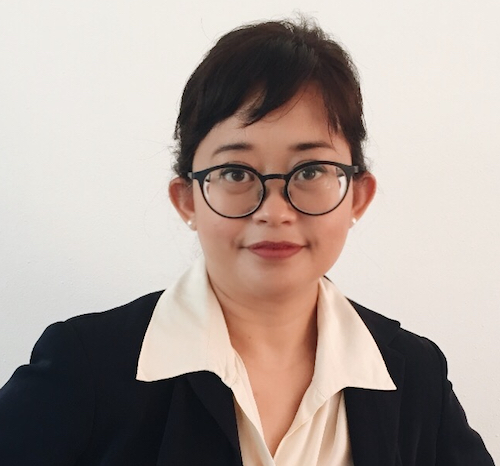 Aung San Su Kyi has some very faithful supporters. Prepared to brave the bitter cold of the Dutch winter, even to travel thousands of miles, as some did, and to stand with their small children out in the street, a hundred or so rallied outside the Peace Palace in The Hague earlier this month where the Myanmar leader personally responded to allegations of genocide.

“We stand with you,” they cheered lustily, proudly waving her picture and the country’s flag. Much of what she would say inside the UN International Court of Justice (ICJ) was hardly plausible given the amount of evidence that has recently come to light. But while international condemnation has stripped the former Nobel laureate of her moral credibility, her supporters appear immune to the criticism. They can always be relied on to play deaf, dumb and blind to the truth.

Since late 2016, over 700,000 Rohingya Muslims in Burma’s northern Rakhine State have fled to neighboring Bangladesh in a desperate attempt to escape ethnic and religious persecution, brutality and murder, allegedly perpetrated by the Myanmar government and military. Last month Gambia, backed by the Organization of Islamic Cooperation which constitutes 57 member states, brought proceedings against Myanmar for violations of the UN Genocide Convention, and urged provisional measures that would compel Myanmar to halt acts that amounted to the crime of genocide.

The Rohingya, a distinct ethnic and religious group, has been subjected to state policies of discrimination for generations in Myanmar. The 1982 Citizenship Law effectively excludes Rohingya people from full citizenship. They have been demonized as illegal immigrants, a contaminating threat to Burmese “racial purity,” depicted as terrorists and jihadists, and described as “maggots” and “dogs,” says Harvard Law Professor Payam Akhavan.

In 2016, however, their persecution dramatically descended into hellishness. On the first of the 3-day hearings, the court learned of acts of unmitigated horror and cruelty: systematic state “clearance operations” by the Burmese Tatmadaw security force, aided by paramilitary groups, intensified in scale and widened in geographic scope. “Operations” involved mass torture and extrajudicial killings; burning of entire villages with people still inside their homes; infants beaten and burned to death, mass gang rape and mutilation of young girls and women; confiscation and destruction of lands and livestock; and enforced conditions of starvation.

For the Court to intervene and grant Gambia’s request for “provisional measures,” the 17 sitting judges in the ICJ need to be persuaded that Myanmar’s actions were and are “calculated to bring about the physical destruction of the Rohingya group in whole or in part.” There needs to be evidence of genocidal intent.

Aung San Su Kyi, wearing blossoms in her hair, looked impassive if not serene throughout the hearings. Her statements to the Court reduced the humanitarian crisis to a small scale, localized and internal conflict between state forces and terrorists. She singled out the Arakan Rohingya Salvation Army (ARSA), claiming that the group receive funding from Afghan and Pakistani militants.

In 2016, she told the judges, these terrorists attacked village police posts, threatened and intimidated villagers and executed suspected informants. The clashes left soldiers and scores of civilians dead. While conceding that the military may have used disproportionate force, she insisted that the military response was targeted. She was also quick to reassure the Court that judicial and investigatory mechanisms were capable of delivering accountability. Efforts by the Independent Commission of Enquiry and government courts, she claimed, had resulted in soldiers being jailed.

Whether or not Aung San Su Kyi’s compromised stance is because she intends to run in the country’s general elections in 2020, her message to the international community is clear: Outside meddling in her country’s affairs is unwelcome. Her request to the court is to have the case dismissed.

Two of the lawyers for Gambia will be familiar to Filipinos: Paul  Reichler  and Philippe Sands both acted as legal counsel to the Philippines when it brought a successful case against China over maritime jurisdiction in the South China Sea in 2016 at the Permanent Court of Arbitration.  They are adept at detecting and exposing political and diplomatic deceit. They have no time for empty words and platitudes.

It was not Aung San Su Kyi’s denials or the implausibility of her narrative which Reichler and Sands found disturbing. It was her silences. “Your silence said far more than your words,” Sands remarked, directly addressing her.

Citing UN fact-finding mission reports, Reichler observed how Burma’s most prominent leader was silent about the Tatmadaw’s extreme brutality against the Rohingya. He noted how she was silent about the enormity and nature of sexual violence against girls and women. She was silent about the coordinated, vicious tactics that destroyed 300 Rohingya villages. Reichler reminded the court of the existence of discriminatory policies and the tolerance for derogatory, insulting, racist hate speech in mainstream society. In August 2017, The Irrawaddy, a Burmese newspaper, published the claim that the Tatmadaw was deployed to “solve the Bengali problem once and for all.” “Bengali” being an insulting synonym for the Rohingya.

There are now one million displaced Rohingya and promises to ensure their safe and dignified return, Reichler said, were nothing short of a “complete fraud.” Further, the state showed an utter disregard for accountability. Six of Burma’s top generals were accused of genocide and recommended for prosecution by a UN fact-finding team. Only one of them had been arrested, after an international outcry, and after just 7 months imprisonment he was released with full military pardons. In contrast, two Reuters journalists who exposed the killings were arrested and jailed for over 500 days. Myanmar officials, Reichler emphasized, were failing to cooperate with UN investigations, creating impediments and destroying evidence.

Sands has been involved in many state cases of mass killing and is also the author of the family memoir East West Street (2016), a profound work on the legal and historical origins of the concept of genocide and crimes against humanity.  In the book, he explains how the legal difference between the two rested on the question of establishing intent: “to prove genocide, you needed to show that the act of killing was motivated by an intent to destroy the group, whereas for crimes against humanity no such intent had to be shown.”

In relation to Myanmar, Sands considers the evidence for genocide to be the “most compelling ever presented.” Aside from the case in the ICJ, the International Criminal Court has just launched a full investigation of Burmese officials accused of committing crimes against humanity in Rakhine State in 2016. The alleged crimes include killings, arbitrary arrests, sexual violence, and infliction of pain and injuries.

Gambia’s request to the ICJ for “provisional measures” can sound like modest, polite legal parlance. But among other things, these measures involve the preservation of bodies, victims and mass graves, effective investigation, and reporting. The request is in fact an urgent cry to the world to end impunity and punish genocide in Myanmar.

While the world waits for the ICJ to reach a decision, the lessons are clear:

First, genocide does not burst out of nowhere. “It is preceded by a history of suspicion, mistrust, and hateful propaganda that dehumanizes the other, and then crystallizes into a frenzy of mass violence in which one group seeks the destruction of another, in whole or in part,” said Gambia’s attorney general.

Second, we should not be blindsided by how many people are killed.  “Genocide was not a numbers game,” said Sands. Neither was it a “single act.” Genocide is a “continuum, comprised of different actions. One thing always leads to another.”

Third, a state is obliged to prevent and to punish the crime of genocide, and to intervene at the instant it learns of the existence of serious risk.  A state is also required to act protectively over its citizens and err on the side of caution.

Fourth, the ICJ is a venue where one state can hold another state accountable for genocide. The guiding principle is that no state is above the law.

The rules enshrined in the UN Genocide Convention were conceived in the wake of the Holocaust to pull humanity away from barbarism and savagery. The Philippines has been a signatory since December 11, 1948. For as long as this fact remains, the Philippines is obliged to uphold these rules and respect this path to justice. – Rappler.com

Dr Rachel A.G. Reyes is a historian of Southeast Asia and columnist. She writes on science, gender, and politics. Her books include Love, Passion and Patriotism: Sexuality and the Philippine propaganda movement, 1882-1892 and Sexual Diversity in Asia, c.600 - 1950.