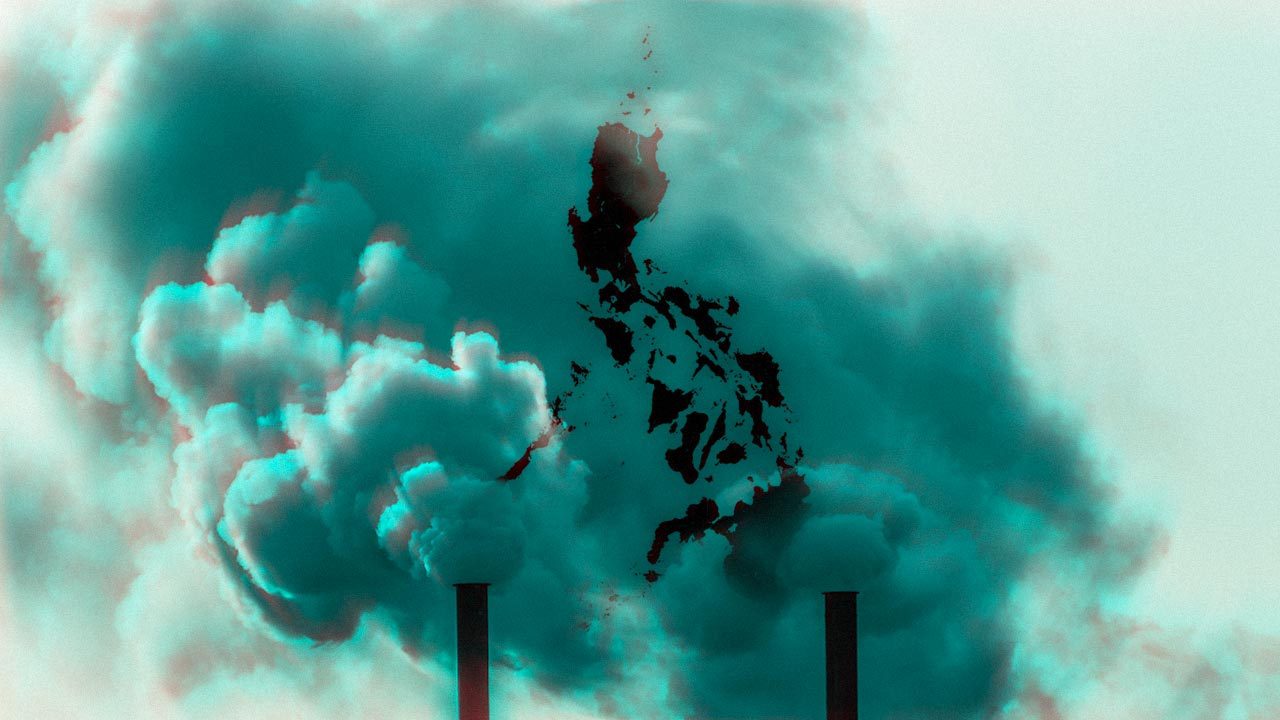 Facebook Twitter Copy URL
Copied
'Every second counts as we as a nation aim to not only survive, but also thrive in the midst of the climate emergency'

The year 2020 presents a moment of truth for climate action. The world has less than a decade to limit global warming to 1.5 degrees Celsius above pre-industrial temperatures and avoid more catastrophic climate change, one of the key goals of the Paris Agreement. Achieving this requires drastic reductions of greenhouse gas (GHG) emissions while adapting to higher temperatures, sea level rise, and other more extreme hazards.

Arguably the most important mechanism under this agreement is that countries will commit targets and actions to address climate change through Nationally Determined Contributions (NDCs). These pledges are formulated by each country and must be communicated every 5 years, featuring “increased ambition” or higher targets with every submission.

For the Philippines, one of the countries at highest risk to climate change impacts, developing an NDC that places it towards a low-emissions development pathway while enhancing its adaptive capacity is necessary for building a sustainable future for all Filipinos.

For its initial submission in 2015, the country set an aspirational target of 70% reductions in GHG emissions by 2030, albeit on the condition of receiving adequate finance and other means of support from developed countries. These pledges, however, are not enough as they are only aligned with a 2-degree warmer world.

As it prepares to submit its official pledge by the end of 2020, what type of NDC should we expect?

Strategies for adaptation and GHG mitigation are anchored towards 6 sectors: agriculture, waste, industries, transportation, forestry and land use, and energy. As the Philippines is a low-GHG emitter and highly vulnerable to climate change impacts, its strategies are anchored towards adaptation. Furthermore, it plans to use the NDC to attract investments needed to build low-carbon, climate-resilient infrastructures and systems.

Aligned with the “whole-of-government” approach that has defined existing national climate change and disaster risk reduction strategies, an integrated economy-wide approach must be evident in the country’s NDC. Committed targets and measures must reflect the interlinkages between these economic sectors and enhancing their synergies towards reducing emissions and increasing climate resilience. An economy-wide approach also allows cross-cutting issues such as health, education, gender equality, air quality, and youth development to be more effectively addressed.

The Philippine NDC must also embody a “whole-of-society” approach. This should not only involve non-government actors from the planning to monitoring stages, but also ensure that solutions will be implemented in a way that upholds social and climate justice, especially for the well-being of highly-vulnerable sectors such as women, youth, indigenous peoples, and the poor.

In its initial pledge, the Philippines plans to prioritize adaptation measures based on the principle of averting or minimizing loss and damage from climate change impacts; this must remain a central component of its 2020 NDC.

It is also important for the Philippines to set an early deadline for its GHG emissions to peak, following the terms of the Paris Agreement. While the country contributes less than 1% of global emissions, its high vulnerability to climate change impacts and championing of climate justice during international negotiations places a moral imperative on it to not contribute further to worsening this crisis.

It should be noted that as a basis for his hesitation to fully commit to the Paris Agreement, President Rodrigo Duterte insisted that the country should be allowed to pursue its own development pathway and not be restricted due to the pollutive actions of industrialized nations.

The NDC presents an opportunity for the Philippines to show its commitment of carving a better path by setting the year 2030 for its emissions to peak. This would mean an earlier access to support provided by the Paris Agreement in terms of finance, technology, and capacity-building, especially if the country can present concrete projects, technologies, and facilities in its submission.

Such a strong commitment would contribute to attaining global net-zero emissions by 2050, per the recommendation of the Intergovernmental Panel on Climate Change. This would not be possible without protecting and enhancing local carbon sinks such as forests, which can remove excess GHGs from the atmosphere and oceans.

Furthermore, emissions avoidance must be prioritized in the NDC, which includes measures such as avoiding the construction of more coal-fired power plants, scaling up renewable energy development, and improving energy efficiency. This is a less costly approach than developing artificial carbon capture and storage technologies, allowing the Philippines to allocate more resources to address other pressing economic, social, and environmental issues.

Enhancing emissions avoidance requires investments in nature-based solutions, which are generally more cost-effective in the long run than engineered solutions. It is a key component of approaches for localizing the NDC, benefiting multiple LGUs through livelihood opportunities, protection from climate-related hazards, lower economic costs, and increased ecological stability.

Protecting forests and blue carbon for both adaptation and mitigation purposes are also highlighted in the country’s initial NDC, and must be enhanced in its pending submission.

While the Philippines has existing efforts for mitigation and adaptation, it cannot address all climate change-related issues on its own. This is why it is crucial for the country to declare some of its NDC commitments as “conditional.” Yet this support cannot be accessed without concrete plans, programs, projects, and targets for emissions reductions and enhanced adaptive capacities.

As the global focus shifts from negotiating global frameworks to operationalizing the Paris Agreement, so should the national agenda. especially with 2030 quickly approaching. Every second counts as we as a nation aim to not only survive, but also thrive in the midst of the climate emergency. It starts with a strong pledge for a healthier climate and environment, a more resilient economy, and a more sustainable form of development where no one is left behind. – Rappler.com

John Leo is the Program Manager of Living Laudato Si’ Philippines and Climate Action for Sustainability Initiative (KASALI). He is a citizen journalist focusing on climate and environmental issues since 2016.