Goebbels' diary shows he took note of Fall of Bataan 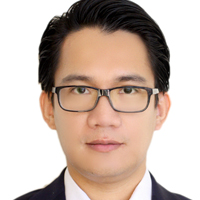 This week, we mark the national observance of the Philippine Veterans Week commemorating the 76th Araw ng Kagitingan (Day of Valor). As we celebrate the bravery and heroism of the Filipino and American troops who stood side by side resisting the Japanese forces, a question came up whether that turning point in the Pacific theater of World War II had an effect in the European side of the war. The diary of Joseph Goebbels offered an answer, with the Nazi propaganda chief proclaiming delight in the result and immediately incorporating the same in his anti-Semitic narrative.

It was the complete physical exhaustion of the troops that led to the Fall of Bataan on April 9, 1942. When the Japanese troops succeeded in enveloping the east flank of the Americans held by the II corps, it was the attempt to relieve it by the I corps that failed. This sums up the content of the communique sent by General Wainwright to the War Department that fateful day 76 years ago.

Following 5 days of "terrific" bombardment, as American newspapers described it, coupled with shortage of rations and ravages of disease, some 36,800 American and Filipino soldiers were reported trapped. Then Secretary of War Stimson in a press conference later stated that the brave defenders of Bataan will be avenged and that the fall was a temporary loss.

The news of the defeat of the Americans in the Pacific theater reached Europe and did not escape the attention of Dr Joseph Goebbels. Goebbels was the head of the Nazi Ministry for Public Enlightenment and Propaganda, the same man who fostered anti-Semitism and prepared the ground well for Adolf Hitler's war.

Entries in Goebbels' 1942 diary show the propaganda minister taking note of the fall of Bataan and quickly blaming MacArthur, and the Jews behind him, saying the "genius of the century" shall be unmasked completely by German propaganda. Goebbels, naturally, castigated the Jews for "inflating" MacArthur as a "great general" and appeared to rejoice in the news from Australia concerning MacArthur's jurisdiction.

A black day for the enemy. The Americans must admit they have evacuated Bataan. They now have nothing more to defend in the Philippines except Corregidor....

The whole United States is in turmoil. The halo they gave MacArthur is is fading. We are naturally going to seize upon this opportunity. This much overrated character, whom New York only a few days ago was still trying to sell as the outstanding genius of the century, will now be unmasked completely by our propaganda.

In the United States, they still haven't recovered from the heavy loss of equipment and prestige occasioned by the fall of Bataan. American pride and national sensitiveness received a heavy blow. The Jews acted prematurely when they inflated that movie hero MacArthur into a great general. You don't become a great general by letting members of the public wear your picture in their buttonholes – you have to achieve at least a couple of victories. MacArthur hardly seems able to produce one.

Almost no hopes are entertained for Corregidor. Even the Americans admit they can hold out for only a few days more. The situation there must be simply horrible. Meanwhile General MacArthur sits in Australia and issues fervent appeals to his troops – a thing that is possible only in America. We should by now be throwing stones at a general of that sort.

A merry fight has broken out in Australia about MacArthur's jurisdiction. The Americans would like to give him the supreme command without any strings attached, but the Australians don't seem very much inclined to approve.

While the fall of Bataan became a part of the Nazi narrative of its early triumph, the real victory belonged to the brave Filipinos and Americans who proved Stimson right that the loss was temporary by winning the war. Our veterans did more proving the Philippines is indeed a duyan ng magiting, sa manlulupig 'di pasisiil. – Rappler.com

Geronimo Suliguin is a historical studies postgraduate student at Oxford University. He earned his master's and bachelor's degrees, both in history, at the University of the Philippines in Diliman.