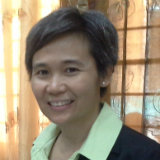 The fact that Bongbong Marcos topped the surveys the past weeks is a serious cause for alarm for those who persevere and refuse to accept the possibility that the son of a dictator can become vice president of this country.

One may ask, “What is wrong with having a dictator’s son as a vice president?”

It means we have failed as a nation to imbibe in our youth that we, as a nation, should never again suffer such human rights violations.

We treasure our freedom, our free speech, and free assembly, and yet many of those who fought for these freedoms died and were tortured and raped during the Marcos dictatorship. Yet we have not learned our lesson. We continually elect people who plunder our wealth and stifle dissent.

When I was in Warsaw several years ago, I vividly recall a group of people apparently reenacting the killings of the Polish people. I thought to myself, "Why re-enact hatred and dwell on the past?"

Now, I understand. By recalling history, we teach our youth the horrors of the past Marcos dictatorship and define ourselves as a nation that stands up against human rights violations and corruption.

Marriage is not a monopoly of one religion, other religions allow marriage equality as other religions, faiths, and beliefs allow divorce. We need government officials who are courageous and will uphold the constitutional guarantee of non-establishment of religion.

It is appalling that one presidential candidate can make a joke about a woman who was raped and murdered and still have the bravado to simply dispel the hard admission of his daughter that she was a rape victim.

We, as a nation, should raise the standards of discourse in elections and governance to human rights related to women and lesbians, gays, bisexuals, transgenders, and intersex (LGBTIs).

While many candidates and government officials have expressed disgust on the rape comment of one candidate, the entire country falls short of addressing the issue of rape in the Philippines.

Philippine National Police (PNP) statistics in 2014 show that at least one Filipino woman was raped every hour. Rape-slays in our country are persistently being reported and many cases filed by rape victims are still dismissed by the prosecutors and judges, denying justice to the women and girls. Rape victims must be given credence. (READ: The streets that haunt Filipino women)

Many government HIV testing and counseling centers are not aware that rape victims can prevent HIV transmission by availing of post-exposure prophylaxis within 3 days from the rape with the 28-day regimen of anti-retrovirals.

Our country also has one of the most restrictive abortion laws around the world that does not even allow access to safe and legal abortion for rape victims.

While rape incidence throughout the country is high, we only have one PNP DNA laboratory and one NBI DNA laboratory for the whole country. We have very few PNP medico-legal officers and very few psychiatrists and psychologists who offer psychiatric/psychological counseling for rape victims.

It is even very common for female rape victims to wait 3 months before they receive any form of psychosocial counseling.  While Republic Act 8505 requires rape crisis centers to be set up in every province and city, many provinces and cities have not established their rape crisis centers.

It is hoped that the sexuality education that is required under the RH Law can somehow prevent rape incidence by tackling gender-based violence and women’s human rights, but the Department of Education is still in the process of drafting its sexuality education modules.

This becomes extremely problematic with the implementation of the K-12 program, because you have 16 to 18 year old girls and boys who are still in senior high school who may be sexually active or may soon engage in risky sexual behavior but are not receiving effective sexuality education.

There are many other issues such as the DOH budget cut on contraceptives, lack of access to life-saving drugs during childbirth in places where there are no birthing homes or no access to electricity, the absence of an anti-discrimination law for LGBTIs and absence of a gender recognition law for transgenders, among others.

Claire Rita Padilla is the founder and executive director of EnGendeRights. She has proposed language for draft bills and ordinances that have been passed into law including the Anti-Sexual Harassment Act, the RH Law, the Expanded Anti-Trafficking Law, the Quezon City ordinance establishing the QC Protection Center for Victims of Gender-based Violence, the QC Gender-Fair City ordinance prohibiting discrimination based on SOGIE and providing affirmative acts, among others.

She holds a Juris Doctor degree from the Ateneo de Manila University and has been practicing law for over 22 years working in the field of gender, gender-based violence, sexual and reproductive health and rights, and sexual orientation, gender identity and expression.