Facebook Twitter Copy URL
Copied
'This not an attack on AI in general, but a caution to all educators and learners that the use of AI as a tool has its limits'

Just recently, a UP Department of History Professor posted on Facebook an essay that was confirmed to be generated with the help of artificial intelligence (AI). This scenario sparked a discussion on the use of AI and how the academe and educational systems should respond to it. It is important to take note that this not an attack on AI in general, but a caution to all educators and learners that the use of AI as a tool has its limits.

First, AI tools are juxtaposing the purpose of the academe; that is to develop, nurture, and exhibit the authentic exercise of critical thinking. Cases of students using AI generators to complete their emails, essays, and even academic terminal papers are considered a new form of academic dishonesty.

Here, then, comes the misconception that educators are anti-technology. The truth is far from that. In fact, technology makes the tedious work of teaching better (i.e. the transfer from the use of manila papers and traditional visual aids to slide presentations; learning management systems, and hybrid forms of learning modalities, among others). However, caution and skepticism should be entertained and considered, especially if they are detrimental to the overarching core values of why the academe exists – to teach students how to think critically and transform this pivotal asset into formulating genuine reforms.

Second, in relation to the first, educators are now faced with a new challenge: how academic institutions, their faculty and staff, and existing policies should adapt to the challenges posed by AI. The potentiality of academic dishonesty is ever-evolving, since the emergence of the “technological fix” (e.g. Citation Machine, Quillbot for paraphrasing, ChatGPT, Jenni AI, among others). When, then, will academic institutions be ready to face and proactively act upon this situation? How would the majority of state universities and colleges (SUCs) and local colleges and universities (LCUs) be equipped? Will potential regulation on the use of AI as tools for academic task completion be standardized and promulgated by governing bodies such as the Department of Education (DepEd) and the Commission on Higher Education (CHED)? 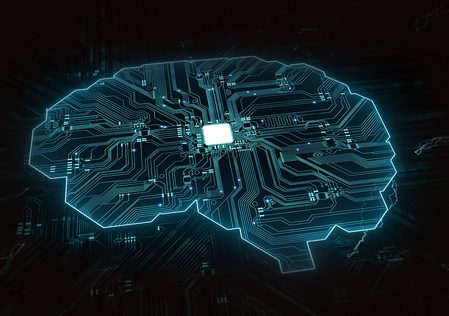 Third, the rise of AI is currently being underestimated by many, and its multi-sectoral effects should be up for discussion and brought to the fore. For example, the talk about Universal Basic Income (UBI) as a potential response to the domination of AI taking over jobs across industries and sectors is up for discussion. The potential of robots serving people food and drinks instead of an actual employee can become possible, which means that on the grand scale of things, its rise could potentially harm labor practices and how human capital is further developed. This goes back to the role of the academe not just to develop human capital, but to amplify the importance of authenticity of thought, together with the continuous advancement of technology. I believe that the rise of technology should go hand-in-hand with the enrichment of authentic and critical thought. It is also noteworthy that technological advancement does not always equate to progress and development.

Time is ticking, and it is possible that AI generators will be adapted for multi-lingual orientations, which means that it could potentially generate academic requirements based on local languages. All they need is data. This calls for the revival of oral examinations. One article from The New York Times entitled, “If It Was Good for Socrates, It’s Good Enough for Sophomores” argues for the resurgence of the oral exams to test the “intellectual agility” of a learner and if a learner truly learns from a class. Aside from this alternative, there are suggestions for the revival of face-to-face written exams – a typical written exam where a student would write one’s thoughts on a sheet of paper based on a question given by an instructor.

Whatever method is done, it is vital for all academics and educators to advance the idea that students themselves should know and understand the importance of thinking critically, that thinking would maximize their capabilities as human beings. Moreover, academic excellence, the pursuit of what Aristotle called eudaimonia or “human flourishing,” and the rise of technology should go hand-in-hand. This will remain a challenge if discussions and consideration of various lenses will not be created. – Rappler.com

Juniesy Estanislao earned his Bachelor’s in Secondary Education, Major in Social Studies at Pamantasan ng Lungsod ng Marikina in 2018. He currently teaches Araling Panlipunan subjects at the Junior High School of Ingenium School Inc., Marikina City. He is also currently taking up a Master of Arts in Philippine Studies, Major in Development Studies at the Asian Center, University of the Philippines Diliman.