[OPINION] The anger against colonialism is, and continues to be, justified 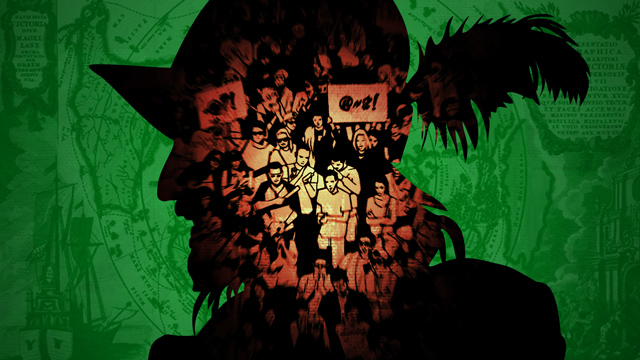 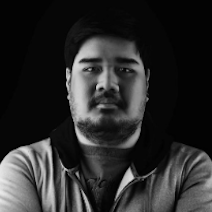 On November 10, Jorge Mojarro, a professor of literature at the University of Santo Tomas, wrote an opinion piece on Rappler about the movie Elcano & Magellan: The First Voyage Around the World.

He stated the following points:

While these 3 points seem reasonable, they seem to skirt around the main point of contention about movies like Elcano & Magellan: that colonialism is evil through and through, and there should be no celebration of it, not even a brief moment, and never in the guise of “Let’s all celebrate the spoils of war, we’re friends now!”

There is no “us” or “we” in the context of colonialism and our proximity to the colonizer, and its accompanying gaze and discourse. There is only the colonized Self, and the Other – the colonizer itself (I refuse to humanize colonizers), whose intentions are always clear, and are never clouded by rhetoric or even the promise of salvation in the afterlife.

The formation of the Philippines as a nation was not an accident. Pardon the vernacular, but malinaw na kagaguhan 'yan (that's clearly bullshit), and is a blatant bastardizing of history and the countless plights of the colonized.

The colonized is us, of course. Filipinos. Not the Spanish, not the Portuguese, not the Japanese, not the Americans. Us. And yes, we shall consider Lapu-Lapu and Humabon to be Filipinos, too. The very definition of what a Filipino is was constructed by the colonial powers themselves. Did they explicitly say that Lapu-Lapu and his descendants, or his neighbors, or those within physical proximity to his home were not Filipino? I think not. (READ: The problem with the lack of nationalism)

To accept any form of bastardization of our colonial history, even if it is just a misshapen image on a poster or a 30-second space in an animated film – and by the colonized, no less – legitimizes all previous and continuing colonial and neocolonial violence. Such acceptance also supports the erasure of histories, and we already know how much this country needs to understand its own histories. (READ: Racism in the Philippines: Does it matter?)

Going back to my previous point, European imperialism cannot possibly be an accident in any way, because even before the colonial powers began sniffing out land to control and pillage – or in the colonial parlance, “spices to trade” and other such niceties – the concept of natural law already existed, and this profoundly affected how Europeans in general viewed the rest of the world.

Ironically, even the Europeans didn’t have a concept of sovereignty before it was legally codified, which makes them twice as nasty as colonizers – because prior to the Spanish imperial project, there were already working economies and political systems dotting the archipelago.

Explicating Francisco de Vitoria’s "On the Indians Lately Discovered," which is considered one of the earliest texts on international law, Antony Anghie states: "As a consequence, Vitoria suggests that proper government must be established over the Indians by the Spanish, who, he argues, must govern as trustees over the uncivilized Indians. The Indians are now children in need of a guardian. There is a gap, then, between the ontologically ‘universal’ Indian and the historically, socially 'particular' Indian that can only be remedied, it transpires, by the intervention of the Spanish."

It is evident that imperialism was never a swashbuckling, leave-it-to-Batman kind of endeavor, where the fortunes of the empire were relegated to unskilled navigators or dreamers. It is 3 things:

To be flippantly dismissive and say, “It’s just a movie,” misses the point of having a critical and vigilant lens. It is this exact dismissive mindset that has caused irreparable damage to how Filipinos in general understand and partake of realpolitik. (READ: The problem with PH history education)

We must never, even for a second, relinquish our hold on the truth, even hundreds of years after the deed was done: that we were violently colonized, and the fractured nationhood that we now have is the direct consequence of colonialism, several times over. We owe no kindness or friendship to colonizers, colonialists, and complicit (neo)colonials who continue to feed off the system with nary a backward glance. (READ: [OPINION] How the Philippines can repair its culture)

For our sake, we owe our friendship only to those who at least attempt to understand the critical positions of those who think that Disney-fying the European colonial project is at the very least a bad joke, and at worst, a nod that legitimizes modern day colonialism of the world powers. – Rappler.com

Marius Carlos Jr is an author, editor, and senior journalist at BreakingAsia.com. He pens fiction and essays, and is also the co-founder of the literary arts group KADLiT.