[OPINION] Are we overromanticizing discipline? 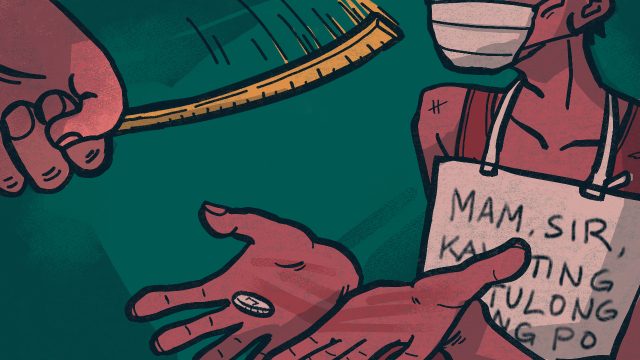 Facebook Twitter Copy URL
Copied
'Is discipline necessarily a good thing? Is it a solution to the current COVID-19 crisis in the country?'

“Discipline” is a buzzword that is loosely thrown around these days. It is often taken for granted as a positive thing, something that testing czar Vince Dizon thinks the South Koreans, Taiwanese, and New Zealanders have but Filipinos don’t.

President Duterte likewise thinks that Filipinos need discipline if we are to win this battle against COVID-19. Presidential Spokesman Harry Roque agrees, adding that people’s lack of discipline is a major reason for the rising cases of the infection in the country.

Is discipline necessarily a good thing? Is it a solution to the current COVID-19 crisis in the country?

By tracing its origins and exploring its implications, I argue that “discipline” is a loaded word that needs more critical examination and careful consideration.

Discipline comes from the Latin words “discipulus” meaning pupil, and “disciplina” meaning to teach. Despite its instructional overtones, the first known English usage of the word has something to do with punishment. Discipline sought to establish the behaviors and goals that were considered socially desirable and to prevent people from deviating from the norms. Torture, mutilation of bodies, and public hanging were the typical forms of punishment utilized in the 18th century to teach people a lesson.

Over the years, however, people began to question these violent punishments. Aside from their cruelty, they were concerned about its unintended consequences, such as people siding with the tortured suspects, which often led to riots. In his book Discipline and Punish, French philosopher Michel Foucault argued that society has eventually reconfigured discipline through more humane ways. New institutions such as prisons, asylums, and schools were now being used to direct peoples’ actions so that obedient citizens were produced without the use of corporal punishment.

While this may sound ideal, I offer a word of caution: an over-romanticization and glorification of “being disciplined” can also be problematic because of 3 reasons.

While discipline these days does not involve public hangings and tortures anymore, it is nevertheless a form of power that makes people act in ways that authorities deem as acceptable. It is a subtle, unexpected, yet relentless tool used to sculpt peoples’ behavior to keep them “in line.” A prison is a good example: its purpose is not just to confine criminals but to correct, train, and “normalize” them.

Disciplinary power extends beyond prison cells, however. Other institutions like governments, mental hospitals, barracks, etc. work to covertly produce obedient, docile, and agreeable subjects. It has recently found its way online through the recently implemented Anti-Terror Law. Civil rights advocates deem the law as a crackdown on dissent and free speech, a way to “discipline” and make people internalize the mandates of the state. This makes it very possible for public interests to be subverted to the interests of the state or other powerful institutions.

Another problem is the question of who needs to be disciplined. Discipline is a blanket term that presents people as uniform, consensual, and harmonious. It does not take into account important differences in terms of gender, age, social class, and networks that make some social groups more prone to getting sick and infected compared to others. It masks the unfortunate reality that some people are able to access more resources, help, and finances, and can therefore be more “disciplined” than others who are marginalized and excluded.

It also makes us think in terms of binaries: disciplined-undisciplined, stubborn-obedient, responsible-irresponsible, making it easy to pass judgement on who is disciplined and who is not. The “disciplined” are those who follow government’s orders, work from home, and gets themselves tested for symptoms. On the other hand, the “undisciplined” are those who refuse to stay home, who still opt to go to work, take public transport, and are unable to get themselves tested. However, the reality is not black and white and is therefore more complex: are those who go to work despite of the risk so that they can provide for their families considered undisciplined? (READ: [OPINION] ‘Pasaway’ commuters amid lockdown? These people don’t have a choice)

Finally, romanticizing discipline as a solution to the current COVID-19 crisis shifts the pressure away from government institutions to conceptualize and implement ingenious and effective programs. It becomes a convenient scapegoat for the authorities’ failure to keep up with the successes of its neighboring countries. It also serves as a justification for more military-like interventions instead of carrying out decisive steps to enhance the ill-equipped healthcare system.

While being disciplined and staying home are both essential, they are not sufficient to address the problems. COVID-19 is a wicked problem that requires multi-dimensional solutions: social distancing, massive testing, contact tracing, providing social safety nets for the poor, supporting livelihoods, etc. Because the poor and the vulnerable mostly bear the brunt of the pandemic, more help and resources instead of blame should be directed towards them.

Narratives of Filipinos as “undisciplined” should therefore be taken with a grain of salt.

We should be increasingly wary of narratives of “discipline,” because they can be used to suppress dissent, to conceal socio-economic inequalities, and to conveniently lay the blame on the pasaway, especially the poor. – Rappler.com

Justin G. See is a PhD candidate at the Department of Social Inquiry in La Trobe University, Melbourne, Australia. His research examines the politics and power behind climate change adaptation programs in the Philippines.